The visual arts in Indonesia reflect the region’s changing political history. There are few remains that can be characterized as works of art from the time before the Indian influence began. The temples and palaces that were built right after the birth of Christ are due to the Indian expansion that then began. Chinese impulses, especially in the northern islands, also date from this time.

Throughout the 1000 years different Hindu princes had a foothold in the major islands, Indonesian architecture and sculpture gained a foothold that has its role models in the various Indian style epochs. Buddhism has played a key role in Oriental art, also in Indonesia. One of the most monumental Buddhist artworks, the stupa Borobudur, in Central Java, under the auspices of UNESCO, was completely rehabilitated in the 1970s and 1980s and is on UNESCO’s List of World Cultural and Natural Heritage. 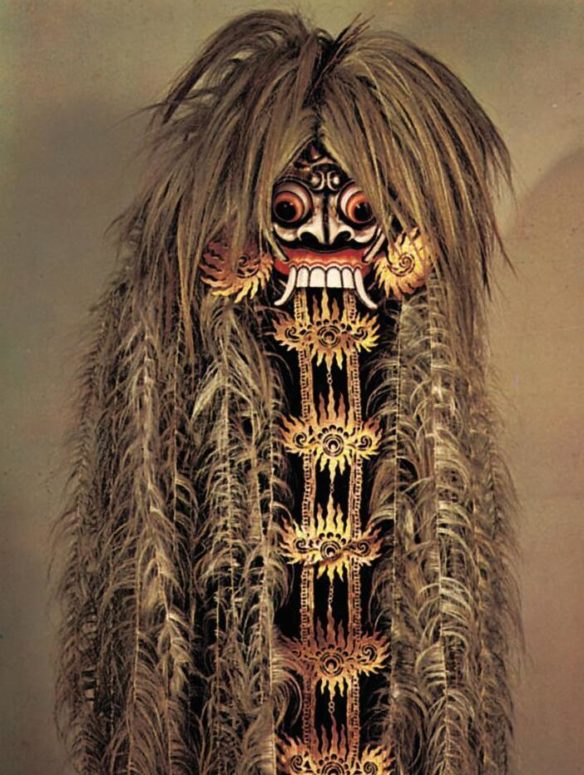 From the 13th century, Persian and Arab influence waned. This had major art-historical consequences because of Islam’s image hostility. The political struggle that arose between the ancient kings of Indian origin and the newcomers led to a decline in artistic activity, except in the case of purely ornamental art, which Islam accepts. However, Bali was spared the “image storms”. Here, the son of the last Hindu prince in Java escaped with court people, literature and artists in 1478. Since then Bali has been a cultural island and with its lush art, dance and music is a huge “open-air museum” for the country’s tourism industry.

Indonesia also has a large population that has been regarded as natural people, especially in the interior of the major islands. The folk art that these groups have produced over the millennia is rarely addressed in art historical overviews. This does not prevent Indonesia from representing a core area of folk art, which is collectively called ” primitive art “. Dajakans in the interior of Borneo exhibit an extraordinary amount of artistic activity. It is practically not an object in their material culture that is not somehow decorated. Wood, bones and wickerwork are decorated with a distinctive animal ornament ranging from the most realistic to the most abstract. One of the largest collections in the world of this art can be found in the Museum of Cultural History, University of Oslo. 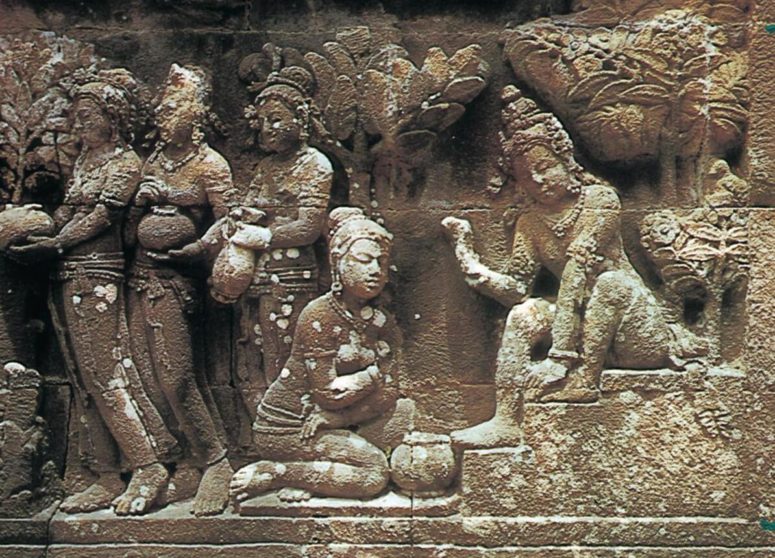 Buddha at the Well, one of 2000 reliefs with scenes from Buddha’s life, from the temple of Borobudur, part of the Panataran plant in East Java, from 1369.

In a kind of transitional environment between this folk culture and an Indonesian “fine culture”, there are handicraft techniques that have spread to the rest of the world and have been incorporated into the “fine culture” arts and crafts. This applies first and foremost to the textile dye technique batik from Java. 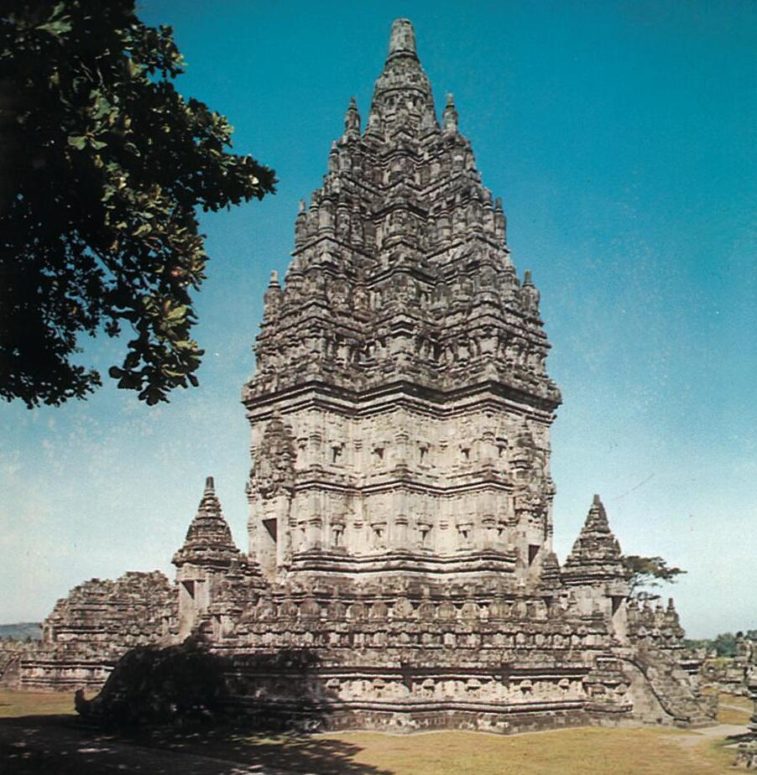 Lara Jonggrang, the main temple of the Prabanam plant in Central Java, from ca. 915. Indonesia has a number of architectural monuments, often richly decorated with sculptures.

To a lesser extent, the dyeing and weaving technology has spread. In a ikatveving colors one part of the warp, while other parties are covered by a lashing so the color does not escape to. When both running and ice can be varied in color, it becomes a separate effect in the image web.

The silversmith art is particularly high in Yogyakarta in Java, while the most famous woodcutters can be found in Bali. The new Balinese wood carving is a blend of traditional design language and modern motifs. Cars and bicycles are incorporated into traditional mythological motifs with the greatest elegance. 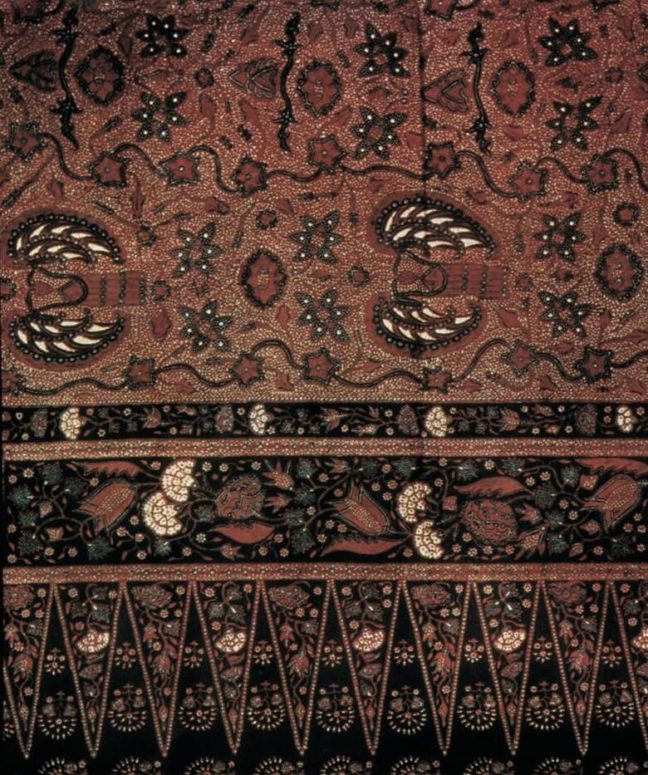 After the country became independent in 1949, art life continued to be heavily influenced by European models in technique, subject choice and design language. But the traditions are also maintained equally in the art schools, and a new national design language has been used. Balinese painter Ida Bagus Made can stand as a representative of recent Indonesian art with his painting in the UN building in New York.