Bangkok is the most populous and important city in Thailand. The country’s capital is considered as a major financial and historical center. Their unbridled growth and lack of efficient planning have created a disorganized urban landscape with a sometimes unstable structure. 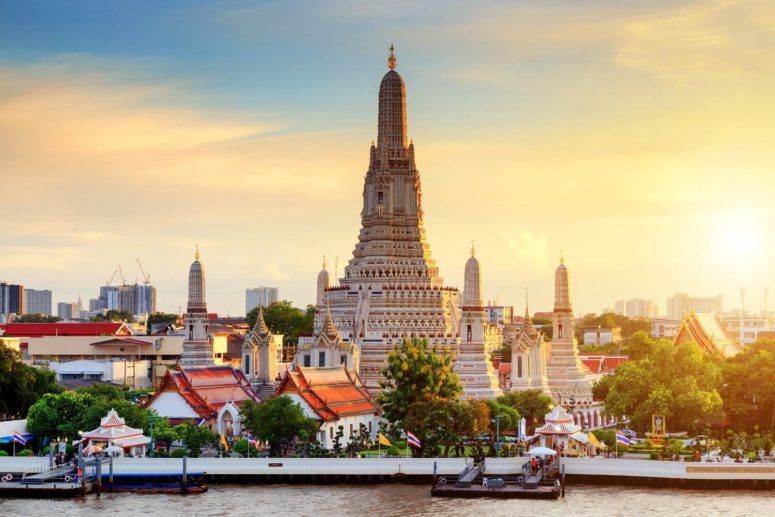 Despite this, the region is synonymous with development. It features numerous skyscrapers, Buddhist temples and exotic cuisine. Get to know the main attractions of Bangkok.

It is considered the former residence of the royal family. The building is situated on an area of ​​over 200 square meters and houses the Wat Phra Kaew (Temple of the Emerald Buddha).

The Temple of the Lying Buddha impresses with its grandeur. It is a large statue of 15 meters high covered with gold leaves. The place  is known to have originated the practice of traditional Thai massage.

The temple, situated on the banks of the Chao Phraya River, is dedicated to the god Aruna. The attraction is a reference for its stature and the beautiful facade, decorated with colorful porcelain.

It is the largest open air market in Thailand. The place features thousands of stalls selling food, delicacies, objects, clothing and other merchandise. Worth knowing.

Chinatown (Yaowarat Rd) is a local boulevard featuring many shops and shops. The place draws attention for the large movement and the amount of luminous signs along the streets.