India is located in the tropical and subtropical climate zone, and the climatic conditions are strongly influenced by the monsoon. Geographical factors mean that the climate in most of India and the area further east in South Asia deviates from the pattern typical of latitude. The belt with desert and steppe around the turning circle is missing, which is related to the different warming and cooling of land and sea and the asymmetrical distribution of land masses in relation to the equator. 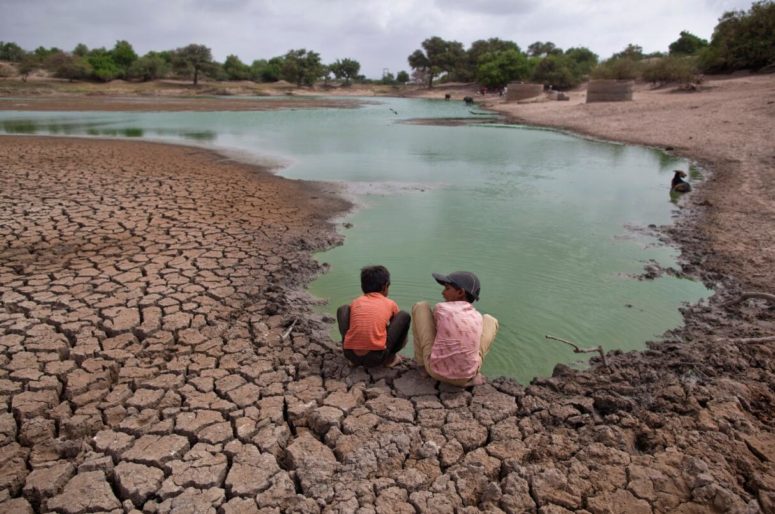 In winter, a mighty high pressure builds up across Asia where we also find the northern hemisphere’s cold pole. Now the northeast monsoon is blowing over most of India and the sea outside. In the northern part, opposite the Himalayas, the prevailing wind is northwest. However, the cold season is not so cold because the mountains in the northeast prevent the invasion of Siberian air. The majority of Deccan has a tropical climate with January averaging 20-25 °C, while the average in the country’s northern region drops to about 15 °C over the lowlands.

Winter is drying season, but especially the southern part of Deccan’s east coast, where the monsoon has absorbed sufficient moisture over the Bay of Bengal, receives some rain. During the spring, the Asian high pressure will weaken and the northeast monsoon will subside. The strong solar radiation and the dry, cloudless continental air make it very hot. In many places, May is the hottest month of the year.

By the summer, the weather becomes unstable as the southwest monsoon gradually emerges and brings humid air with clouds and precipitation. This summer monsoon is a continuation of the southeastern pass from the southern hemisphere. After passing the equator, the air flow turns to the right and blows toward southeast Asia, driven by a low-pressure area with the center northwest of India. Where the southwest monsoon is raised against mountains, there will be large rainfall, in several places over 2000 mm per year. Cherrapunji in Assam has over 12,000 mm annually. This area is on the same latitude as Africa’s central desert areas. The Indian desert in the northwest gets less than 200 mm. This desert is because the mountains shield against precipitous air currents.

The average temperature for July is over 30 °C in the far north and between 25 °C and 30 °C on the Deccan. Wind from the sea, clouds and low sun means that July and August are often not as hot as May. The monsoon system may deviate significantly from the outlined pattern. One year it may fall twice as much rain as normal, next year maybe half. In some years the summer monsoon arrives late. It can also be interrupted by periods of residence, or there may be heavy rainfall in a short time. Drought, famine and flood disasters have marked the life of the monsoon climate over the years.