Indonesia lies on both sides of the equator, and most of the country has tropical coastal climate. The temperature varies little throughout the year; in the lowlands, the annual average temperature is around 25–27 ° C, and it decreases upwards in the mountains to slightly below 20 ° C. 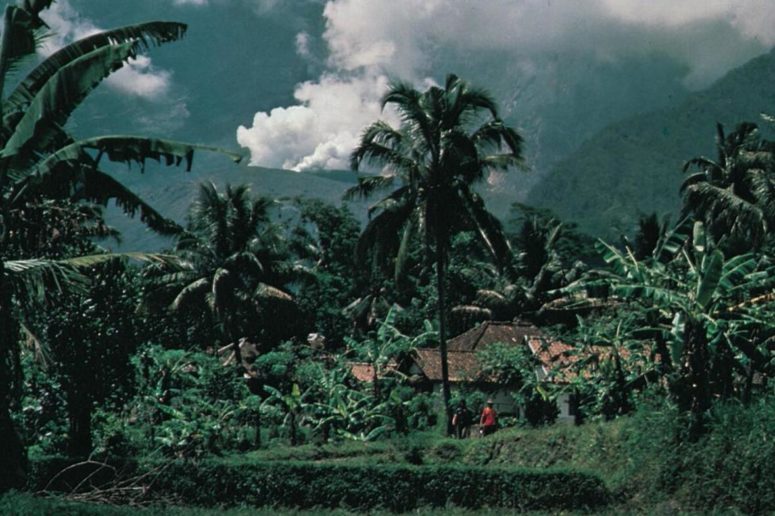 The mountains of the Indonesian archipelago are mostly of volcanic origin. Several outbreaks have led to great loss of life. The picture shows the volcano Gunung Agung (3142 m) in Bali, whose major eruption in 1963 cost approx. 1500 people’s lives.

The rainfall is in most places around 2000 mm a year, and in some places it is considerably larger. Only part of Nusa Tenggara receives less than 1000 mm per year, with a marked drying time of up to 6 months in winter. Also East Java and the southern part of Sulawesi has a pronounced dry season. In the rest of the country, the rainfall is fairly evenly distributed throughout the year, but most places have two rainfall maxima in connection with changing wind directions. On the northern sides of the islands, the actual maximum is reached around January – February, on the southern sides in July – August. 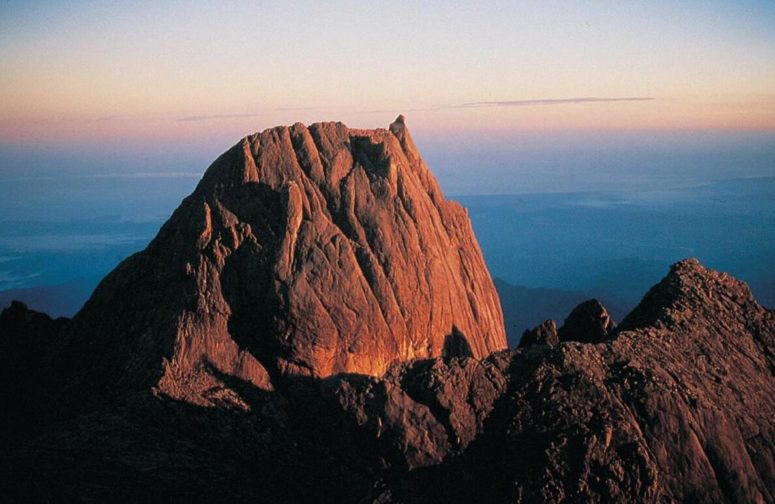 Indonesia has a number of high mountain peaks, both extinct and active volcanoes. However, on Borneo there are only a few over 2000 m. The picture shows the mountain Alexandra.

The plant life in Indonesia is rich and shows the transition between the paleotropic and Australian florar kingdom. 70% of the area is covered by native vegetation and tropical rainforest, of which only 20% is primeval forest. In Papua and Kalimantan, more than 80% of the area is covered by forest. However, the tropical rainforest is under threat due to. uncontrolled harvesting of economically important types of trees such as sago, coconut, teak, camphor and sandalwood. In drier areas there is savanna vegetation. In Java, most of the forest is cleared and the areas cultivated. In Indonesia, there are about 45,000 different seedlings. includes 5000 species of orchids and the world’s largest flower, Rafflesia arnoldi, a flower plant with flowers over 1 m in diameter and a weight of over 11 kg.