Indonesia’s contemporary history is the time after 1998, when Ibrahim Suharto’s authoritarian regime came to an end and a more democratic government was introduced. Suharto had ruled the country since 1968. In 1999, the first free elections since 1955 were held, and the same year Indonesia abandoned the annexation of East Timor, an area the country had occupied since 1975.

In 2004, Indonesia elected for the first time a president by direct election; Susilo Bambang Yudhoyono received more than 60 percent of the vote, ruling for two five-year terms. New president in 2014 became Joko Widodo.

Aceh province in Sumatra was hit hardest by the tsunami in December 2004. 220,000 Indonesians were killed.

In recent years, Indonesia has had a stable economic development.

The time after Suharto’s fall can be considered a democratic experiment of the largest format. The political landscape has changed dramatically. Developments since 1998 have been turbulent, but with significant progress in the democratization process. A number of political parties have emerged, a relatively outspoken press has emerged, and a revised constitution has given more room to the public. A peaceful change of power with the departure of Bacharuddin Jusuf Habibie after the 1999 parliamentary elections marked the final end of the Suharto era. 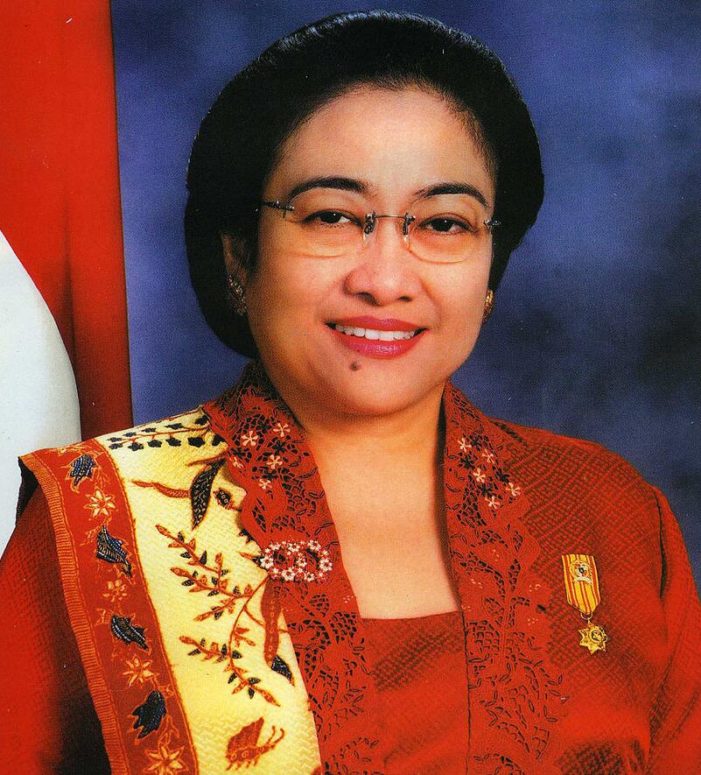 Indonesia had only two presidents in the period 1945–1998, but now got four heads of state in the period 1998–2004. The centralized form of governance under Suharto was broken up with expanded autonomy for the provinces. The military role of the military was largely discontinued; At the 2004 general elections, there were no earmarked seats for the military for the first time. In June 1999, Indonesia held the most democratic election in decades. Under the leadership of Megawati Sukarnoputri, the opposition party Indonesia’s Democratic Fighting Party (PDI-P) won a clear victory in the parliamentary elections.

At the presidential election three months later, Sukarnoputri was a favorite, but lost to counter-candidate Abdurrahman Wahid, leader of the Muslim mass organization Nahdlatul Ulama. Sukarnoputri became Vice President. Wahid turned out to be a wobbly leader and was ousted by the National Assembly in July 2001. Sukarnoputri has emerged as the country’s first female head of state. The terrorist attacks in the United States on September 11, 2001, changed Sukarnoputri’s preconditions to steer the country toward economic recovery, as she instead had to deal with a tense conflict between nationalists and expansive Muslim forces. Corruption and a very passive leadership style tarnished her popularity.

On September 9, 2004, Indonesia for the first time elected a president by direct election : Susilo Bambang Yudhoyono, a former general with roots in the Suharto regime, received over 60 percent of the vote. Prior to the presidential election, parliamentary elections were held where Suharto’s party Golkar again became the country’s largest party. Yudhoyono, commonly known as the “SBY” initials, presented a comprehensive economic and social reform program. He vowed to intensify the fight against Islamist terror, primarily Jemaah Islamiyah, a local Islamist group believed to be linked to the al-Qaeda network. 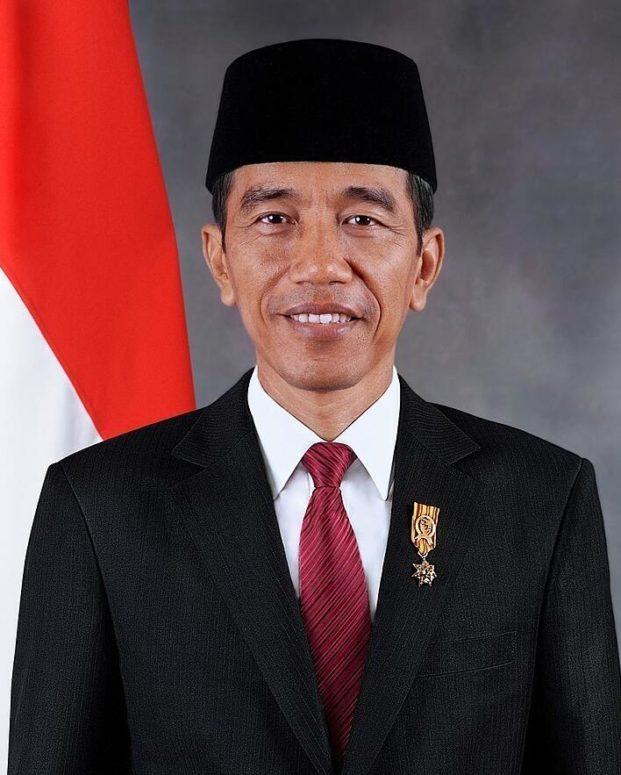 Less power for the military

Despite his military background, President Yudhoyono agreed to limit the military’s political role, which until the turn of the millennium was both strong and constitutional. Active-duty military has no longer been able to take up extra jobs in the bureaucracy since 2004. For the first time, the Ministry of Defense under Yudhoyono was led by a civilian. As newly elected head of state, the president instructed the security agency to step away from its previously widespread practice of harassment and persecution of oppositionists. Indonesian military has been heavily involved in business in various sectors. A state commission came in November 2008 with a recommendation that the armed forces hand over factories, foundations and cooperatives to the value of approx. two billion kroner to the state.

In March 2008, the National Assembly passed a law prohibiting pornography on the Internet, as well as content that “creates hatred and animosity between different groups”. Strong contradictions were expressed between conservative Muslims who demand censorship for moral reasons and supporters of greater freedom of mass media. The latter criticized that pornography in the law is only loosely defined as “content that violates the venerable”.

After East Timor gained independence, other conflicts with ethnic-religious signs flared up with renewed vigor. In the center-to-periphery tug of war, the Jakarta central government struggles with a multitude of complex regional conflicts – from Papua in the east over Maluku (the Moluccas) and Kalimantan (see Borneo) to Aceh in the far west. The fight has been particularly fierce in Aceh, the separatist movement Free Aceh Movement (GAM) has been in armed struggle since it declared northern Aceh as independent in 1978. A peace settlement of 2002 was not respected by the parties, and from May 2003, the army conducted its largest operation here since the invasion of East Timor in 1975. A new peace agreement was signed by GAM and the Indonesian government on August 15, 2005 in Helsinki.

Indonesia was in chaos after Suharto’s fall from power in 1998. A large and diverse island kingdom, with hundreds of ethnic groups, has nevertheless managed to stay together. The country has been pleasantly surprised, although the pace of reform has been somewhat slow. Indonesia’s economy has weathered the global financial crisis better than most other countries in the region. The army’s previous grip on political power processes has loosened.

Despite President Yudhoyono’s popular backing, it was difficult to get through political decisions in the period 2004-2009. The president lacked a broad base of power, his own fresh party had only a tenth of the parliamentary seats, and support was weakened by unpopular decisions such as cuts in fuel subsidies. This changed after the parliamentary elections in April 2009 with the participation of 38 parties. With nearly threefold support, Yudhoyono’s Democratic Party (DP) received just over 20 percent of the total 104 million valid votes, and 26 percent of the seats. The old Suharto party Golkar, led by Vice President Yusuf Kalla, was second largest with 14.45 percent. President Megawati Soekarnoputri’s Democratic Fight Party got 14 percent. The biggest parties are all clearly secular. With the new one the threshold of 2.4 percent given Islamist parties trouble reaching up.

The 2014 presidential election was won by Joko Widodo, former governor of Jakarta, represented by the Party of Indonesia’s Democratic Fighting Party (PDI-P). With health, education and public transport reform plans, Widodo won a clear victory, with over 53 percent of the vote.

The idyllic island of Bali, often referred to as a holiday paradise for Western tourists, became a terror target on October 12, 2002. Three powerful bombs exploded at three popular nightclubs in the seaside resort of Kuta. 202 people, most Australians and other foreign tourists, lost their lives. Three death sentences were handed down during the trial, where it emerged that the convicts were affiliated with militant fundamentalist group Jeemah Islamiya. The death sentences were executed by hanging in November 2008, after treatment by several appeal bodies. The terrorist campaign led to a multi-year crisis for the tourism industry.

In October 2005, Bali was hit again when three suicide bombers detonated and killed 20 others. The government also claimed responsibility for the wrongdoing on Jemaah Islamiya. The Bali bombings and other terrorist attacks gave rise to the reorganization of the security establishment and sharpened attitude towards militant Islamists. A new anti-terror law was passed, and the Bali bombers were retroactively sentenced. In June 2007, police arrested Jeemah Islamyiah’s two top leaders, Zarkasih and Abu Dujana. The latter was stated to be the head of the organization’s militia groups.

Of all places in Asia, the Aceh province of Sumatra was hit hardest by the earthquake and bloodwave disaster on December 26, 2004. The shakes were measured at 9 on Richter’s scale, the most powerful recorded on Earth in over 40 years. The epicenter was on the seabed, about 250 kilometers southeast of the provincial capital Banda Aceh. The quake triggered a tsunami that rolled over the coastal landscape of Aceh and other parts of Sumatra. In Aceh, about 170,000 people lost their lives.

Aceh had been in armed conflict for more than 30 years during a separatist uprising. However, the disaster gave new life to a peace process that had stalled. On August 15, 2005, a comprehensive peace agreement was signed between the Jakarta government and the militant separatist movement GAM. Finland’s former president, Martti Ahtisaari, negotiated the deal and in 2008 was honored with the Nobel Peace Prize. The separatists gave up the claim of their own independent Aceh state, but gained a greater degree of autonomy than any other Indonesian province. At local elections in 2006, a former GAM commander was elected as the province’s new governor. A political GAM voter, Partai Aceh, got a majority in the provincial assembly at the April 2009 election.

Since the tsunami, Indonesia has been haunted by new natural disasters. About 6,000 people were killed when an earthquake, measured at 7.7 on Richter’s scale, hit southern Java in May 2006. Thousands were buried alive as massive landslides wiped out several villages. At least 500 died two months later when a tsunami struck the Java coast. In September 2007, southern Sumatra was shaken by several earthquakes, the strongest at 8.4. However, this major quake did not trigger a new tsunami.

In December 2008, then-President Yudhoyono inaugurated a new Emergency Geographical Information System (GIS) alert system, which, at a cost of $ 133 million, will give Indonesian islanders better chances of surviving tsunamis in the future. Norway was a contributor to the project.

While Aceh was calm, the violence escalated on the opposite side of the country, in Papua Province (formerly West Irian). The dispute was about mining to a large extent. In 2002, Papua was granted increased autonomy and entitled to 80 per cent of the revenues from the extraction of natural resources. However, Papuan politicians have complained about the implementation, claiming that the revenue from major gold and copper deposits still goes mainly to the Indonesian Treasury and the military. Too little for the Papuan locals, they claim. The Free Papua Movement (OPM) separatist movement has, since 1965, waged armed struggles in the form of occasional guerrilla and sabotage against the mining industry and other Indonesian and multinational interests.

In 2008, a number of governor elections and local elections led to considerable turmoil and legal backlash. In many constituencies, the losers did not want to accept the results. Religious and ethnically based conflicts were played out with varying intensity. The internal conflicts in Malaku (Moluccas) and Kalimantan (Borneo) were somewhat dampened. By contrast, the contradictions on Sulawesi and in the resource-rich Papua province seemed to be further sharpened. 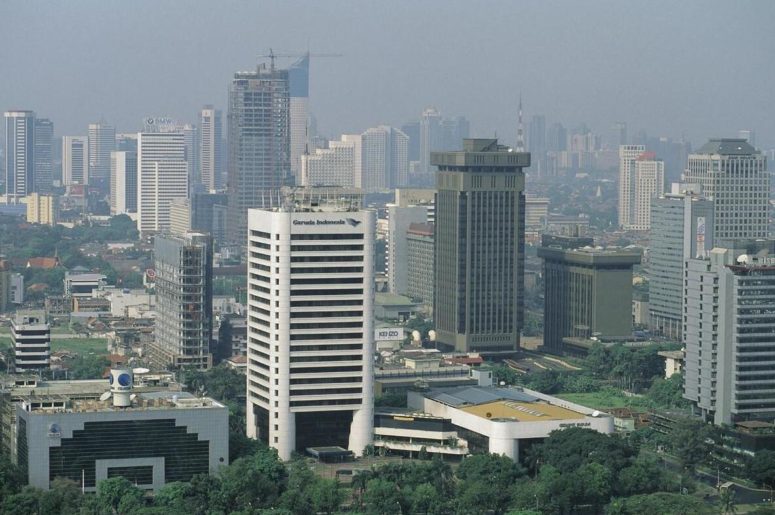 Indonesia was particularly hard hit by the Asian financial crisis of 1997-1998, but the economy gradually recovered. Only in 2004 did the Indonesians regain a purchasing power that is comparable to the one they had before the financial crash. Unemployment has remained dangerously high – some 40 million Indonesians are believed to be unemployed or underemployed. Around two million young people enter the labor market annually. Foreign investors have traditionally been restrained due to ingrained corruption and inadequate legal protection. The fight against corruption is part of the government’s long-term strategy of comprehensive reform of the courts, police and prosecutors, bureaucracy and the military. Indonesia was number 107 out of 175 countries at Transparency International corruption index in 2014.

In his 2004–2014 presidential term, Yudhoyono embarked on reforms, and the economy until 2008 was on the path of improvement. Growth in GDP was estimated at between 5-6 per cent on an annual basis. Foreign investment rose steeply and was estimated at USD 8.5 billion in 2007, a double compared to 2006. The global financial crisis in 2008 caused a setback, but in relative terms Indonesia seemed to escape somewhat easier than neighboring countries. The 2008 budget was made up with a deficit of only 0.1 per cent of GDP.

Just about every other Indonesian has to cope with less than two dollars a day. Only two million Indonesians, less than 1 percent of the population, pay income tax. Indonesia was ranked number 108 out of 179 countries on the United Nations Human Development and Living Index in 2014.

At the turn of the year 2008/2009, Indonesia withdrew from the Organization of Petroleum Exporting Countries (OPEC), having been involved since 1962. Indonesia peaked in its oil production in 1976, but since 2005 the country has been a net importer of oil. There were widespread protests when the government cut gas subsidies by almost 30 per cent in 2008.