Dubai is situated on the Persian Gulf coast and is one of the seven emirates that make up the United Arab Emirates, besides being the most populous. The city was designed and built in the middle of the desert.

Today, it is famous worldwide for being a major business center for its imposing presence and many skyscrapers, grand buildings, wide streets and boulevards, shopping malls and many upscale shops. 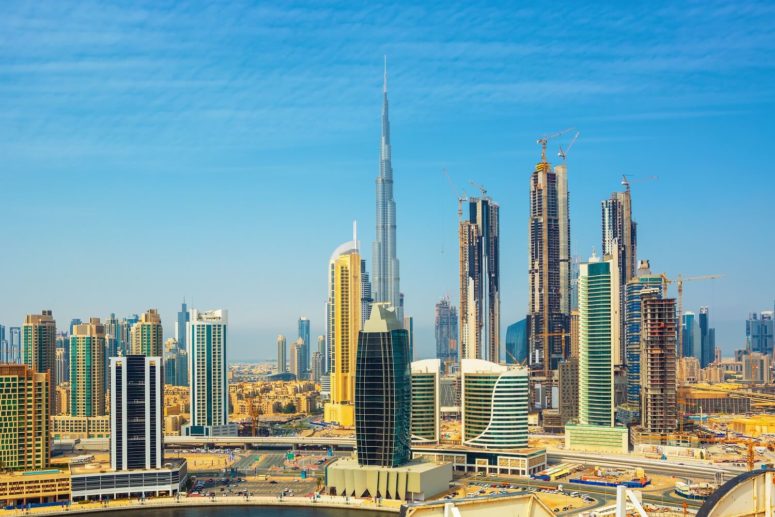 This is the tallest building in the world (828 meters high and 160 floors) and a great symbol of showcasing wealth from the Emirates oil. From above, it is possible to have a panoramic view of the entire city. To get to the top of the building, you need to buy the ticket on the official website.

The Dubai Fountain Show consists of a water irrigation system that forms beautiful movements according to music – it is as if the fountains danced. Performances take place every day and mesmerize viewers.

The 7-star hotel was built in the shape of a sailing boat and is situated on an artificial island near the coast. It is one of the most expensive lodging in the world. However, you can meet him without having to spend so much. Just buy a day use and access the main attractions of the property, such as the infinity pool, bars and restaurants.

Dubai Marina is a prime region of Dubai that boasts many buildings, residences, shopping and commerce. It also houses an artificial marina, which houses yachts, speedboats and boats.

It is considered the largest mall in the world. Its structure features many luxury brand shops, restaurants, bars and the Dubai Aquarium, as well as being the gateway to visit Burj Khalifa.

The Dubai Miracle Garden brings together the grandeur and grandeur typical of Dubai. It is a large flower garden of about 72,000 square meters in the middle of the desert!

The venue features themed décor and forms structures such as arches, tunnels and waterfalls, all made with flowers. Incidentally, the collection features several species (roses, tulips, violets) and is cataloged in more than 150 million units.