In India, women and men formally have the same political and economic rights, but in many areas of society there is still much left to real equality. The role of women in social life varies greatly, including their regional, religious, ethnic and economic affiliation.

Mahatma Gandhi viewed women as an important resource in the freedom struggle and mobilized them for efforts, even though he did not advocate full gender equality.
In 1926, the All Indian Women’s Conference was founded, and gradually a number of women’s organizations have come to play a significant role. Women were given the right to vote in 1949, and the country has in recent years had a relatively large proportion of women in administration and administration. The authorities have partly pursued an active gender equality policy. 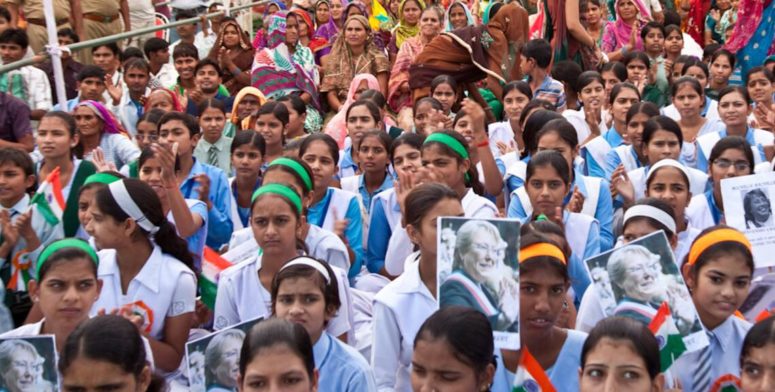