History of India Part I

India was the center of one of the world’s first high cultures, which originated on the banks of the river Indus more than 3000 years ago. This was an advanced urban culture that spread throughout the Indus Valley. In the following centuries, India consisted of various Buddhist and Hindu kingdoms. Northern parts of India were invaded by Arabs in the 7th century and by Turks in the 11th century. The Dehlis Sultanate was established in the 13th century, then came the Lodh Dynasty (15th-15th centuries) and the Moghul Kingdom ( 16th-17th centuries).

The Portuguese Vasco da Gama found the sea route from Europe to India in 1498. It was the start of extensive trade between Europe and India. The Moghul kingdom disintegrated in the 18th century, and the British East India Company increasingly took control of India. In 1858, the British government took control of India. Towards the end of the 19th century, the British government grew increasingly dissatisfied, and the National Congress party led the freedom struggle against the English, with Mahatma Gandhi as leader. Gandhi mobilized millions of Indians in a non-violent battle against Britain.

The British regime ended in 1947, and India was divided into two dominions, the Indian Union ( India ) and Pakistan. This division of the Indian subcontinent formed the basis for a conflict-filled relationship between India and Pakistan. Since 1947 there have been three wars between the two countries, two of which have been about Kashmir. In 1949, India became an independent republic within the Commonwealth of Nations.

Jawaharlal Nehru became India’s first independent prime minister. His daughter, Indira Gandhi, was prime minister for two periods from 1966. She was murdered in 1984. 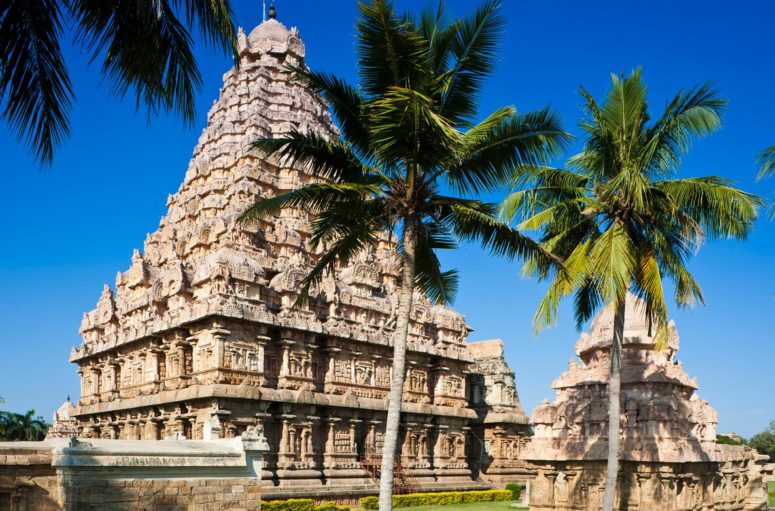 It is widely believed that Indo-Aryan tribes penetrated through the passports of Afghanistan and Iran into the Punjab during the 10th century BCE. They did not know iron, but they had bronze and copper. On their ravages, they used tanks drawn by horses. During fierce battles among themselves and with local princes, Aryan little kingdoms spread across northwestern India. There was a mixed culture with an Aryan ruling class, which dominated the conquered districts and widespread Brahminic culture. Traditionally, the time is called from about 1500 to 1000 BCE. the Vedic period and the following centuries up to around 500 BCE. the epic time.

The oldest inscriptions probably belong to the Indus culture. Despite many attempts to decipher them, these rebus-like inscriptions in a kind of imagery have kept their secrets. First, Aryan immigration can be documented using the Vedic literature. 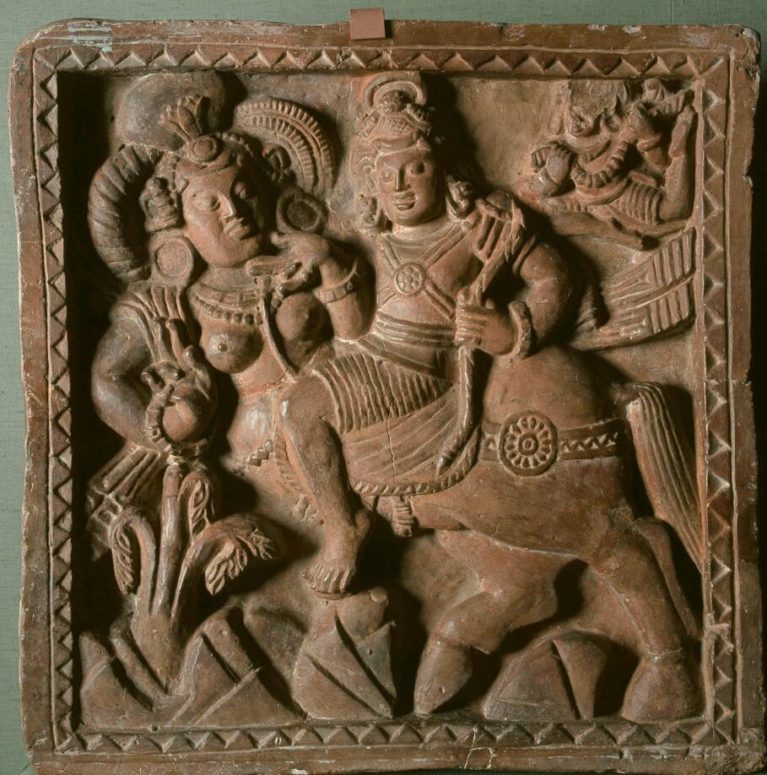 In the 400s and 500s BCE. are the first signs of major state formation. The most important was the Magadic kingdom. At this time, great intellectual upheaval occurred; Buddhism gained importance at the same time as new literary traditions and classical philosophy emerged.

Alexander the Great made his way to the Bias River in 326 BCE, the first safe year in Indian history. After his death, Greek princes were seated in northwestern India and Afghanistan.

Chandragupta founded about 320 BCE. the first Indian kingdom in Magadha ( Bihar ), and drove the Hellenistic king Selevkos out of India in 311 BCE. The Chandragupta dynasty, the Maury kingdom, reached its greatest extent during Ashoka. He spread Buddhism as a religion and subjugated most of India.

Only the most southerly areas remained outside the national borders and became a haven for Dravidian culture during the Pandya, Chera and Chola dynasties. But neither did these districts avoid Aryan dominance in the long run. After Ashoka’s death in 231 BCE. the kingdom began to disintegrate, and about 185 BCE. it was completely dissolved.

The Sungas, Parties and the Kushana Empire

The following ruler, the Sungas, was unable to hold the kingdom together, and the Greek-Betrayal kings Demetrios and Menandros penetrated far east, aiming to create a great Greek-Indian kingdom.

At the same time, new conquerors appeared in the northwest. From Central Asia came shooting tribes and threatened the position of the Greeks. In the second half of the 100s BCE. they then penetrated from Seistan into Sind and founded powerful kingdoms in northern India.

They were followed by the parties, who were also Iranian, and after the parties came a new Scythian ruler, the Kushana dynasty. The most powerful of their kings, Kanishka (the first half of the century AD) ruled over large parts of northern and western India, with influence far inland in Central Asia. His kingdom became an important center for the spread of Buddhist-Indian culture across Asia.

Around 320 AD, the Guptas founded a national dynasty, a new Indian empire with its center in Ashoka’s capital Pataliputra (now Patna ). With Samudragupta’s conquests in the west, the center of gravity shifted to Ujjain. During Chandragupta 2 Vikramaditya (375-413), almost all of northern India was united in one state.

The rupture period is the golden age of Hindu culture. Architecture and fine art flourished. At the court in Ujjain, Kalidasa, the most important poet of Sanskrit literature, appeared. Great results were achieved in sciences such as mathematics, astronomy and medicine. Most crashed into gravel when the Huns in the mid-400s broke in and looted. Few of the artworks of the time were spared. Many Indians fled to South India and countries in Southeast Asia. In 528, the capital of Ujjain fell, and the Gupta era was over.

The last Hindu empire in Northern India was founded by Harsha (606-646), but it did not survive the founder. After him, India was divided into a number of smaller states, and no one could rally against new conquerors. 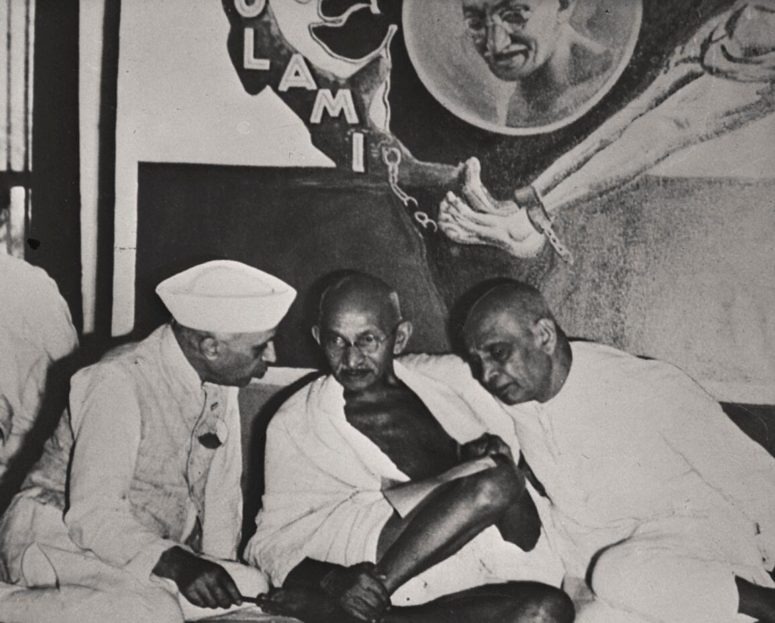 All in 712 AD, the Arabs came to the coast of Sind, but only around 1000 did the Muslim invasions begin in earnest, with Mahmud of Ghazni’s looting train. Later came Muhammad of Ghor, who in 1198 founded a great empire with Delhi as its capital. Then one ruler replaced the other: the slave dynasty, founded in 1206 by Qutb al-Din Aibak, who had been a slave to Muhammad of Ghor, the Khalji Sultanate (1290–1320), the Tughluq dynasty (1320–1413), the Sayyid rulers (1414–1451) and the Lodi Dynasty (1451–1526). Northern India was at this time divided into a number of Muslim kingdoms, more or less loosely affiliated with the rulers of Delhi. There were also several Hindu states, first and foremost the mighty Vijayanagar kingdom of southern India (1339-1565).

In 1526, Babur invaded India and founded the empire of the great Mughal, Mughal Empire, whose last nominal ruler Bahadur Shah was deposed after the great Sepoy rebellion (“The Mutiny”) in 1857-1859. Both Babur and his successor Humayun had expanded, but the highlight came under Akbar (1542-1605). His tolerant policies had also reconciled the Hindus in the realm and created an administration that later could benefit. But under Jahangir,who was an inept politician, and under the fanatic Aurangzeb (1658-1707), began to decline with the power of the great mogul. The Mahrats became powerful in the south, the Sikhs in the Punjab rose, and several of the Muslim kingdoms became independent. Also the invasion of Persian King Nadir Shah in 1739 and the looting of the Afghan Ahmad Shah helped weaken the power of the Mughal dynasty. At the same time, Europeans had begun to assert themselves.

The Portuguese had long tried to find a sea route to India to break the Arab monopoly on trade with the country. Vasco da Gama landed in Calicut in 1498, and the Portuguese surrendered. Soon the Dutch came, but they gathered about the exploitation of the East Indian islands. Also in Denmark an East India Company was established in 1616. There were support points in Trankebar and Bengal, and these were first taken over by the British in 1843.

In the 18th century, the main struggle was between French and British, with Joseph François Dupleix and Robert Clive as leaders. Both parties sought support from Indian princes and intrigued one another. It ended with British victory, and the French only (until 1954) retained some smaller places with Pondicherry as the administration center. Initially, the British trading company British East India Company (founded in 1600) had no plans to submit to India, but was allowed by local princes to build trading stations.

After Clive’s victory at Plassey in 1757, the company gained real power over large parts of Bengal, Bihar and Orissa. Under Warren Hastings (Governor-General 1774-1785), the expansion continued, and the Board took firm shape. In 1784 it was governed by government, and under Lord Charles Cornwallis the civil service was arranged. Under him and Lord Richard Wellesley (1798-1805), large parts of southern India were placed under the Company, and after repeated wars with the Maharats their lands were annexed in 1819. Under Lord William Pitt Amherst (1823-1828) Assam was incorporated and the Company proclaimed himself overlord all over India. In 1833, the trade monopoly was abolished and the board subjected to tighter parliamentary control.

The British suffered defeat in a war with Afghanistan (1839-1842), while Sind was annexed (1843). After hard fighting with the Sikhs, the British also took Punjab (1849). Lord James Dalhousie (1848–1856) began annexing states where the prince died without heir. This caused great turmoil, especially when Oudh was annexed in 1856.

In the 19th century an extensive railway network was developed in India, and several universities were established. Some Indians were recruited through Indian Civil Services for government positions, but all higher positions were reserved for British. The colonial power encouraged Christian missionaries to serve in India. Land ownership was regulated, and land became a commodity that could be deprived of the one who cultivated it. Muslim bailiffs and tax collectors, zamindars, were granted special privileges under the British rule. They became landowners and were in a special loyalty relationship with the British. In Bengal, a permanent taxation of arable land was introduced from 1793.

Dissatisfaction with British rule increased. In addition to the economic exploitation, people felt that the British would no longer respect their religions. In 1857, a soldier rebellion (the Sepoy rebellion ) broke out against the British government. Indian princes who had been deprived of their kingdoms by the British were central forces behind the uprising. Atrocities were committed from both sides. For a time it looked dangerous to the British government, especially during the siege of Lucknow. Reinforcements quickly came from Britain, and in 1859 the rebellion was beaten down with a hard hand. The British call the uprising mutiny (“The Mutiny”), but in India it is often referred to as the First Indian War of Independence. 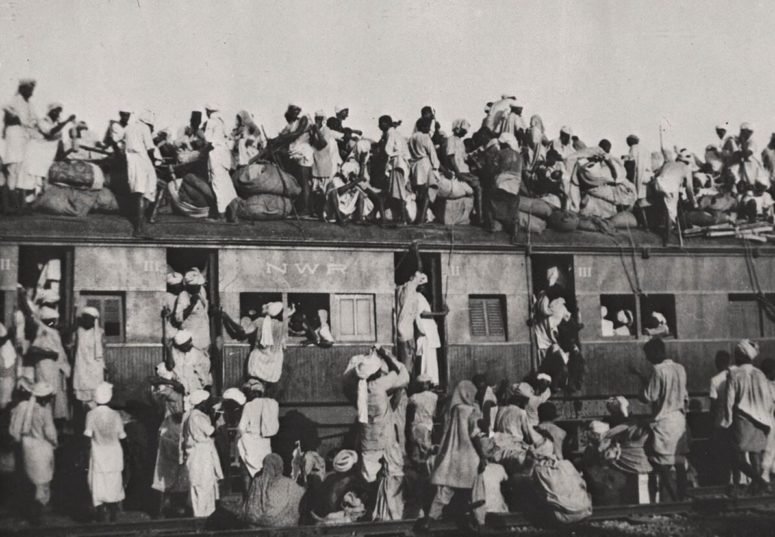