India is a republic in South Asia, extending from the Himalayas in the north and encompassing the entire Deccan Peninsula in the south, and surrounded by the Arabian Sea and the Bay of Bengal. India borders Pakistan in the west, China, Nepal and Bhutan in the north, and Bangladesh, China and Myanmar in the east. Near India’s southern tip is Sri Lanka. India also includes the Andaman and Nicobar Islands in the Bay of Bengal and the Lakshadweep (Lakkadives) in the Arabian Sea.

During 1999, India passed 1 billion inhabitants (1.2 billion in 2012), and is the world’s most populous country after China. The population includes a variety of ethnicities, languages ​​and religions. The country has experienced strong economic growth in recent years, but Indian society is still characterized by great inequalities in prosperity.

One of the world’s first advanced civilizations occurred in India more than 3000 years ago. The country was under British rule until 1947, when the British colonial kingdom was divided into India and Pakistan (the eastern part became Bangladesh from 1971) along religious divides.

The name India (Latin Greek, to the river name Indus, Sanskrit Sindhu ) was used for a long time by the people of the West over the entire area between Iran and China. The area was also called East India, unlike West Indies in the New World (America). In our time, India is used on the Republic of India, the Indian subcontinent on the larger area.

India covers an area equivalent to about a third of Europe’s size. This large land area can be geographically divided into three well-defined main regions: the Deccan Plateau in the south, the northern Indian lowlands and the Himalayas.

India is located in the tropical and subtropical climate zone, and the climatic conditions are strongly influenced by the monsoon. Most of Deccan has tropical climates, but the country’s northern regions have significantly lower winter temperatures. Winter is dry, but especially the southern part of Deccan’s east coast has some rain.

The wildlife is many and rich. Animal geographically, India belongs to the Oriental region. There are major climate differences in India, and large variations in plant life; from tropical rainforest, to desert – and or high mountain vegetation.

With 1.2 billion inhabitants (2013), India is the world’s most populous country after China. The population comprises a number of ethnic groups with different languages ​​and religions, and Indian society is characterized by great differences in prosperity and culture. Average life expectancy has increased significantly in recent years, partly because of the effective control of many infectious diseases. In 2015, it is estimated that approximately 29 percent of the country’s inhabitants live below the poverty line. India has a large, relatively affluent middle class, by far the largest in the Third World.

Linguistically, India can be divided into two areas: the Dravidian in southern India (the states of Andhra Pradesh, Karnataka, Kerala and Tamil Nadu ) and the Indo-Indian, which includes the rest of India as well as Pakistan east of Indus and Bangladesh.

India is relatively densely populated and the population is densest in the lowlands of northern India and the coast of southern India. The least populated are the border regions to the northwest and northeast as well as Rajasthan. Most of the country’s inhabitants still live in the countryside (about 70 per cent in 2015), although there is increasing migration to the big cities.

The Indian Constitution states that no religion should be favored by the state. The two dominant religions are Hinduism and Islam : approximately 82 percent of Hindus, 12 percent of Muslims (9 percent Sunni, 3 percent Shia ), 2.3 percent Christians and 2 percent Sikhs. There are also Jainas, Parsis, Buddhists and more.

Following the constitution of 1949, in force from 1950, India is a parliamentary-democratic and republican federal state. India was a British colony until 1947 and is a member of the Commonwealth of Nations. Legislative power has been added to a two-chamber parliament, Sansad, consisting of the 245-member State Council ( Rajya Sabha) and the 545-member People’s House (Lok Sabha).

Indian politics has been strongly influenced by the Congress Party ever since independence. For most of the time, the party has been led by members of one family.

The Hindu nationalist party Bharatiya Jana Sangh (BJP) has become a significant power factor in Indian politics and has been sitting with the government for several periods, most recently after the 2014 elections.

India comprises 28 states, each ruled as independent parliamentary democracies, with a people-elected assembly (elected for five years) and a government accountable to the assembly (but appointed by the president). Five states have bipartisan assemblies.

In addition to the states, there are six union territories as well as the metropolitan area, led by their own administrators appointed by the president. The Delhi and Pondicherry territories also have elected government leaders and assemblies.

One of the world’s first high cultures originated on the banks of the river Indus more than 3000 years ago. This was an advanced urban culture that spread throughout the Indus Valley.

Northern parts of India were invaded by Arabs in the 7th century and by Turks in the 11th century. The Dehlis Sultanate was established in the 13th century, then came the Lodh dynasty (1400-1500) and the Moghul kingdom (1500-1700). The Muslim rulers strongly influenced culture, architecture and literature.

The Portuguese Vasco da Gama found the sea route from Europe to India in 1498. It was the start of extensive trade between Europe and India. The Moghul kingdom disintegrated in the 18th century, and the British East India Company increasingly took control of India. The Indian people felt that they were greatly exploited by the company and in 1857 there was a violent revolt against the company. The following year, the British government took control of India.

Towards the end of the 19th century, the British government grew increasingly dissatisfied, and the National Congress party led the freedom struggle against the English, with Mahatma Gandhi as leader. Gandhi mobilized millions of Indians in a non-violent battle against Britain.

India gained independence in 1947, and a secular state of India was established, and Pakistan as an Islamic republic. This division of the subcontinent formed the basis for a conflict-filled relationship between India and Pakistan. Since 1947 there have been three wars between the two countries, two of which have been about Kashmir.

At the 2014 parliamentary elections, the Hindu nationalist party, Bharatiya Janata Party (BJP), won a clear victory. Narendra Modi took over as India’s prime minister on May 26, 2014. Thus, the secular Congress party that has ruled India for most of the post-war period had to relinquish government power.

India has enjoyed solid economic growth since the late 1990s. The reasons are, among other things, strong growth in the manufacturing industry, a huge upswing in the IT sector, relatively liberal economic policies and a strong increase in foreign investment.

Nevertheless, growth has largely been driven by the internal market. With a buoyant and dynamic middle class that is constantly growing, the country has enormous internal growth potential. India has from the 1990s developed a strong IT industry with competent professionals. The country has a large export of software services and of staff with software expertise.

For parts of the Indian middle class, the reforms have provided an economic boost, but for India’s poor, they have faced difficulties by reducing subsidies and support schemes. 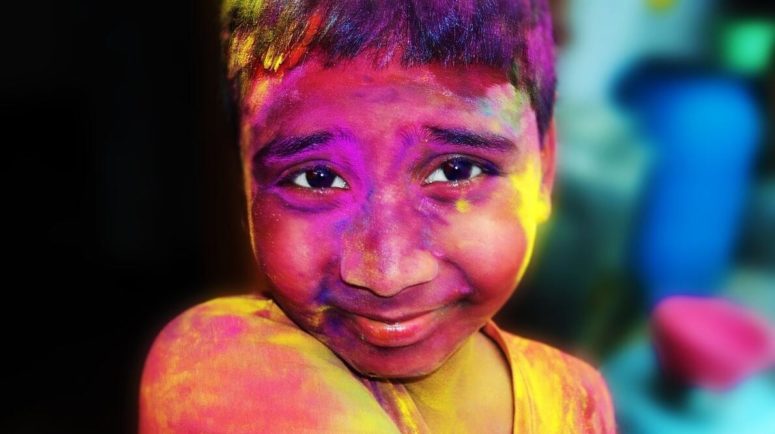 Indian culture has been exposed throughout the world, for example through religion, yoga and food. Hinduism, Buddhism, Sikhism and Jainism are religions that have originated in India. The great religious and linguistic diversity of India has helped to create a diversity of cultural expressions and traditions.

Persian, Turkish and Arabic culture has had a strong influence in Northern India, which is reflected in food traditions, music and architecture. South Indian culture has developed to a far greater extent without foreign influence.

Religion is of great importance in Indians daily life, also in cultural expressions such as theater, dance and music. Major epic religious works such as the Vedas, Ramayana and Mahabharata have been central foundations of Indian culture.

After the British came to India, more and more literature was published in English. Rabindranath Tagore became Asia’s first Nobel Prize winner in 1913 when he won the Nobel Prize in literature.

India has the highest number of feature films per year and about 1000 films are produced annually. The film industry in Mumbai, Bollywood, produces the most films and has the biggest profits. 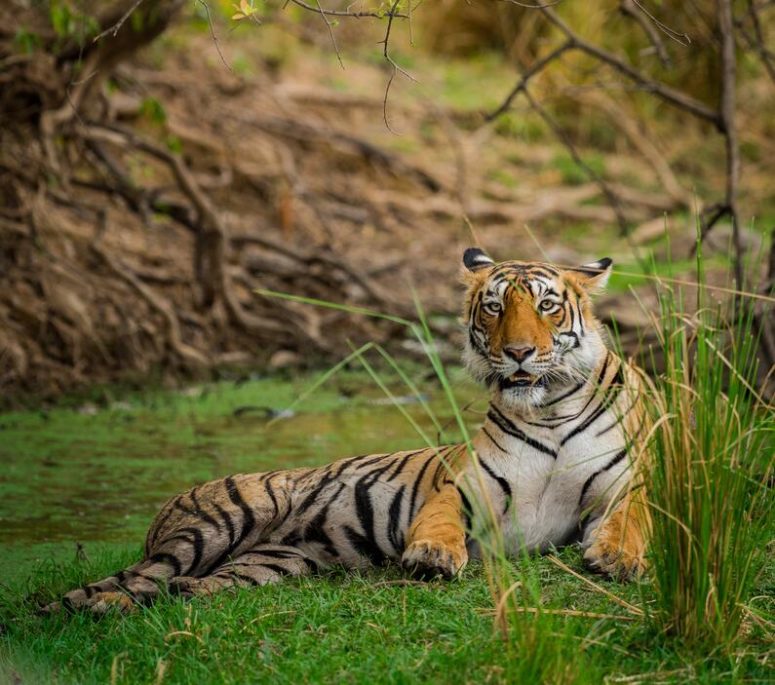