The foreign policy course that Jawaharlal Nehru set out for independent India was based on neutrality and freedom of alliance. India became one of the most active members of the alliance-free movement. The relationship with the US has long been relatively cool, but in improvement since approx. 1990. A significant rapprochement with the United States occurred after September 11, 2001, when India unconditionally supported its “war on terror”.

To the Soviet Union, India had a cordial relationship, with a friendship and cooperation agreement since 1971. The same cordiality is missed in relations with Russia, although this is also good.

In its region, India has always been the dominant power, a position that has become increasingly prominent and that India will be recognized by the outside world. The relationship with Pakistan has shown strong fluctuations, but attempts have been made to maintain a dialogue in the form of summits. India has fought three wars with Pakistan: 1947–1948, 1965 and 1971. The first was Kashmir and also in the second Kashmir was an important factor. The third concerned the liberation of the then East Pakistan, where India intervened and enabled the formation of the new state of Bangladesh.

The Kashmiri conflict has again given rise to strong tensions since the late 1980s. India accuses Pakistan of supporting Muslim guerrilla groups that want to break Kashmir out of India. Pakistan admits only “moral support” but still sent soldiers across the border in the spring of 1999 on the part of the separatists. Comprehensive fighting in the Kargil Mountains cost more than 1,000 soldiers, and a new major war seemed imminent. In 2001–2002, the situation was again extremely tense, and the danger of a large-scale war between the two fresh nuclear weapons appeared to be greater than ever since the Bangladesh war in 1971.

Reconciliation in 2003-2004 helped to calm the situation. Diplomatic and other relations were resumed and a number of “confidence-building measures” were implemented. In April 2005, this resulted in the bus connection between the Kashmir capitals of Srinagar (India) and Muzaffarabad (Pakistan) being restored after an interruption of 58 years. However, both India and Pakistan continued to develop rocket systems with the capacity to carry nuclear warheads as well.

India-Pakistan relations became very tense following the terrorist attack in Mumbai on November 26, 2008. India claimed that Pakistani terrorists were behind the attack and criticized Pakistan for doing too little to fight terrorism. India declared a break the reconciliation process with Pakistan.

The relationship with China has been colored by ideological and political contradictions, as well as by border disputes. In 1962, the two Asian fighters fought a border war that ended with a swift and humiliating defeat for India. After softening in the 1990s and summits in the period 2003–05, the countries came on the better footing. India recognized in clearer terms than former Tibet as part of China. In contrast, in practice, China acknowledged India’s supremacy over Sikkim, a former Buddhist kingdom in the Himalayas; annexed by India in 1975. Progress was also made towards resolving the ancient border disputes in the Himalayas. India demands that China return a territory in Kashmir, while China claims parts of the state of Arunachal Pradesh, which has 650 km of common border with Tibet. 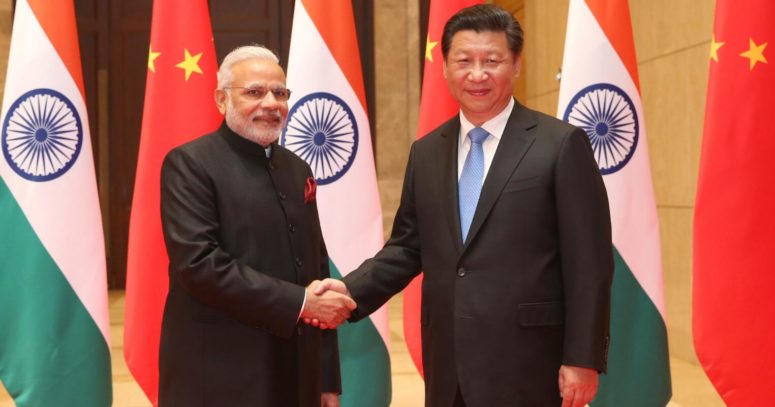 In 2003, the Vajpayee government took the unusual step of notifying its 22 donor countries that India no longer wanted to receive development assistance after the remaining programs were completed. On this basis, the Storting decided that after 2004, India should no longer be a Norwegian partner country. India obviously wants to free itself from a picture as a beggar nation, and instead assume a new role as regional superpower and donor country.

In recent years, India has become increasingly involved in global conditions such as trade, climate change, terrorism, energy supply / security and food security, and is now one of the key players in many of the arenas. The country is a regional superpower with global ambitions, and is increasingly promoting its priorities internationally.

In 2004, the Ministry of Foreign Affairs prepared an action plan for Norway’s future cooperation with India and in the autumn of 2009, Norway’s India strategy was launched. Strengthened business cooperation is central.