Around 300 German companies were represented in Indonesia in 2019.

In Indonesia, important business contacts and information can be obtained from the German-Indonesian Chamber of Commerce and Industry (Ekonid). Ekonid represents around 500 German and Indonesian member companies and promotes bilateral trade and investments between Indonesia and Germany. Ekonid offers a wide range of services for German companies. As a business development agency, Germany Trade & Invest (GTAI) advises Indonesian companies that intend to expand their business activities into the German market.

German direct investment in Indonesia in 2015 amounted to US $ 57 million, a mere 0.2% of total foreign direct investment. In 2018, Germany ranked ninth in the ranking of the most important countries for goods imports.

In the last 10 years in particular, Chinese investments in Indonesia have increased significantly, especially in the infrastructure sector.

A project by Heidelberg Cement to build a cement plant in Java on Java is currently encountering considerable resistance from civil society and international human rights environmental associations because of possible environmental damage.

Despite considerable human rights violations in crisis areas where German weapons are used, Germany is currently one of Indonesia’s most important arms suppliers. This was especially true during the reign of General Suharto. The purchase of 39 German ships from the NVA navy in 1993 caused a major domestic political scandal that is still discussed today. The first ship already sank during the transfer.

Critical coverage of this sale resulted in Suharto banning three of the largest news magazines in 1994. At that time, German armaments companies also supplied helicopters, submarines and submachine guns to Indonesia.

Germany also agreed further arms exports with Indonesia. In 2013, 104 Leopard tanks were delivered. Due to the heavy weight of the tanks, the low load-bearing capacity of the bridges and the swampy and mountainous terrain in Kalimantan, these tanks cannot be used for defense at the national borders. Many Leopard tanks are therefore supplied to the military in a version that is particularly suitable for street combat (“Revolution” type). In 2012, Indonesia signed a Memorandum of Understanding with Germany on military cooperation, including in the areas of military training, research, development and military logistics. 2019the Federal Security Council approved again deliveries of armaments to Indonesia.

In addition to the embassy, Indonesian interests are represented in Germany by consulates in Kiel, Bremen, Munich, Hamburg and Stuttgart.

Cross-cutting issues are good governance and cooperation with the private sector.

In the international cooperation of the BMU, Indonesia plays an important role due to its importance for climate protection and the preservation of biodiversity.

Statutory health insurance was introduced in 2014 and is expected to cover the entire population of over 250 million people by 2019. The planning of the new social security system was closely accompanied by advice from the German side.

Advice is also provided on a project by the Indonesian government that aims to merge public transport into an integrated transport system in order to reduce private passenger transport.

At the government negotiations in November 2015, Germany and Indonesia pledged the previous record sum of 555 million euros for development cooperation.

In November 2020, Indonesia received a KfW loan of 550 million euros to fight the Covid-19 pandemic

The link with regional processes within ASEAN is also increasingly playing a role in bilateral cooperation.

A homepage of the German embassy introduces key players in German development and economic cooperation with Indonesia. GIZ, KfW and Sequa, among others, have their own offices in Jakarta.

Numerous other organizations such as B. Bread for the World and AGEH also have projects in Indonesia.

Representations of German party-affiliated foundations (KAS, FES, HSS, FNS) maintain offices in Jakarta and provide information on their work in Indonesia on the Internet.

Numerous German associations, such as the DAAD, also endeavor to promote scientific exchange between Germany and Indonesia. The Goethe-Institut is also represented in Jakarta.

The UN works in Indonesia primarily in four areas:

There are also special programs in the areas of HIV / AIDS and gender mainstreaming.

The EU focused its development strategy on poverty reduction, promotion of economic growth through trade and investment and the promotion of good governance through improved law enforcement. The environment, conflict prevention, gender issues and human rights are also named as cross-cutting issues. 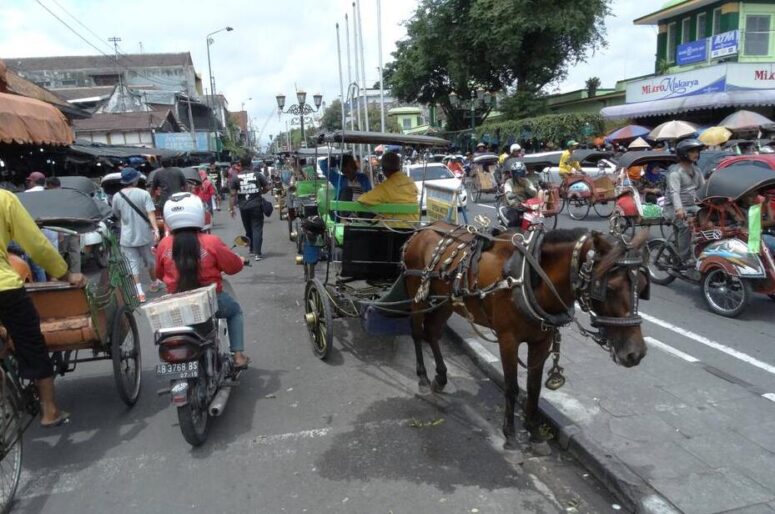