Numerous domestic political and social problem areas exist because the concept of ‘Bhinneka Tunggal Ika’ (unity in diversity) is not implemented politically and socially.

According to dentistrymyth, the existing social inequality represents the core problem of Indonesia. The Indonesian government must, if it wants to distance itself from the old establishment, do away with corruption, nepotism and abuse of office. International observers already saw many positive approaches in the policy of President Susilo Bambang Yudoyonos in this regard. Joko Widodo fights these excesses even more resolutely. Towards the end of his first term in office, however, political activists – also because of very high expectations – drew a rather disappointing balance sheet. This was especially true for human rights issues.

Hardly any other country is so diverse in terms of languages, traditions, religions and regional and economic opportunities as Indonesia, which consists of thousands of islands and stretches over 5,200 km from east to west – a country that has only formed a political unit since 1945.

In particular, the increasing role of self-perception based on religious categories creates an increasing risk potential at the expense of religious minorities.

There have been numerous regional conflicts in Indonesia over the past few decades. Ethnic and regional conflicts in Indonesia can often be traced back to transmigration projects. Conflicts often intensify when the majority of the migrants belong to a different religion than the indigenous population. In such cases, the “other” religion often provides a perceived legitimation for violent confrontations, even if the conflict is often based on political or resource conflicts. These factors played a decisive role in the Moluccas conflict and in the conflict in Poso (1999-2003). The historical conflict in the Moluccas (1999-2003) flared up again briefly in 2011.

There were also violent conflicts between the Dayaks and Maduresen in West Kalimantan, especially in the years after the fall of Suharto. These conflicts are ethnically, historically and economically justified.

The economically powerful minority of the Chinese is particularly hard hit by ethnic conflicts.

The tolerance required in the pancasila is often not lived in practice. Economic dissatisfaction, resource conflicts and social inequality between ethnic groups of different religious affiliations have often been transformed into interreligious conflicts in the recent past. It is not uncommon for these conflicts to be fueled by interest groups within the Indonesian elite.

Religious conflicts have often developed in recent years from ethnic, political, economic and social causes. For example, as part of the transmigration program (see above), Muslims were often settled in Christian regions. This often led to an economic displacement of the old population groups. The instrumentalization of these conflicts by political circles in the capital often worsened the situation significantly.

Religious disputes have mainly (but not exclusively) taken place in central Sulawesi since 1999. Especially the region around Poso is the scene of frequent clashes between Muslims and Christians. In the fighting between Christians and Muslims in the Moluccas, over 5,000 people died, particularly between 1999 and 2003.

In West Papua there is the OPM, an active resistance movement that uses armed force to force the breakaway from the Indonesian state. Most estimates assume that around 100,000 people have died in the conflict over the past 51 years. The background to the conflict is historical, economic and ethnic. Furthermore, the military in West Papua massively disregards human rights.

Often it is just small occasions that turn into anger. In September 2019, for example, the racist remark made by an immigrant teacher to an indigenous pupil sparked unrest, as a result of which 26 people died.

In 2002 an autonomy law came into force in West Papua, which grants the Papuans extensive freedom to shape local politics within the Indonesian unitary state. However, this law is still inadequately and slowly implemented. The current government under Joko Widodo appeared under Susilo at first to try to defuse the conflict. Nevertheless, there have been few successes to date. The security situation remains very tense – and almost all areas inland are among the poorest in Indonesia.

The conflict in the Poso region (central Sulawesi) has now been resolved. However, it cannot be ruled out that it will flare up again in the near future.

The situation in Aceh has eased significantly since the Helsinki Peace Agreement (2005). Due to unprecedented sums of aid money and the internal pressure of the aid organizations to “outflow”, many areas of public life are much better today than they were before the tsunami disaster.

Since many of the promises made in the ‘Memorandum of Understanding’ were not implemented by the Indonesian government, intensified disputes are possible in the near future.

Conflicts within Aceh and with the central government have repeatedly led to targeted attacks in recent years, which have also affected foreigners. 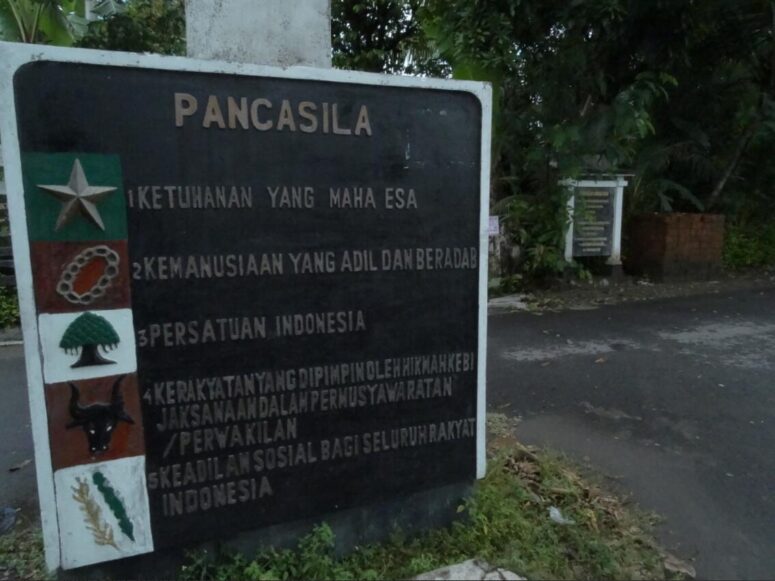