After inauguration in 2004, SBY announced a comprehensive package of reforms that focused on the fight against corruption. Nepotism and corruption are still strong obstacles to the enforcement of democratic rights. In early 2011, for example, the Ministry of the Interior suspected a total of 17 out of 34 provincial governors of corruption, most of whom were subsequently convicted. In October 2013, the President of the Indonesian Constitutional Court was even arrested on charges of corruption. He received a life sentence. Four ministers in Susilo Bambang Yudoyono’s cabinet have also been convicted of corruption.

The fact that so many high-ranking officials have been convicted of corruption in recent years is due in particular to the work of a very independently operating anti-corruption authority. Many Indonesians consider this authority to be one of the most important achievements of the post-Suharto period. In the Corruption Perception Index of Transparency International from 2019, Indonesia ranks 85th out of 180 countries examined.

An acid attack was carried out on a prominent representative of the authority in April 2014.

In March 2017, the anti-corruption authority brought a case to light that goes well beyond previous cases. An all-party coalition including justice ministers and parliament spokesman is said to have embezzled a total of around 178 million euros around the introduction of the new identity card, together with a network of lawyers, company representatives and ministerial officials. Parliament speaker Setya Novanto was sentenced to 15 years in prison in April 2018.

Since 2004 (as of the end of 2017), 131 ministerial officials, 124 parliamentarians, 56 mayors, 17 governors, 14 judges, 6 ministers, 4 ambassadors, 4 central bank deputy heads, 3 public prosecutors and a head of the central bank have been convicted on charges brought by the anti-corruption authority. Most of them received prison terms of several years. In March 2019, shortly before the elections, the minister of religion, Lukman Hakim Saifuddin, was targeted by the anti-corruption agency.

In 2020, according to investigations by the anti-corruption authority, the ministers for social affairs and fisheries ministers were arrested on charges of corruption.

Corruption in the judiciary not only leads to judgments in the sense of wealthy accused, but also, in the event of their conviction, to a sometimes quite luxurious accommodation for rich offenders. In some cases, they will be granted clearance against payment. Corruption in the police force also repeatedly makes inglorious headlines in the Indonesian media. According to Transparency International, the police and parliament are among the most corrupt institutions in the state. Corruption is also widespread in the ranks of the military. Attempts to limit the military’s influence on economics and politics have always been difficult.

According to computerannals, there are currently increasing signs that the Indonesian military is regaining a more prominent role in politics. This is particularly true of the Navy, which played a marginal role before Jokowi. Among other things, there are more frequent sinkings of foreign fishing trawlers operating illegally in Indonesian waters by the navy (see foreign policy). The stronger influence of the military in politics is also reflected in the prominent role that Suharto’s chief of staff Wiranto has played as defense minister since the cabinet reshuffle in July 2016. Jokowi’s decision was heavily criticized nationally and internationally.

The military’s budget is difficult to control. It is financed through foundations and military cooperatives. The military also finances income outside of legality. The official military budget is only 0.82% of the national budget (as of 2017). A prosecution of violations of the law with the participation of the military is due to the strong position of the military rather than barely.

Other current domestic political issues are the policy of decentralization, the role of the military and its business, some of which are outside the law, environmental sins and the lack of the rule of law.

The anti-pornography law passed in October 2008 caused long and bitter controversy. The law ‘s definition of pornography is very broad and leaves a lot of room for restrictive applications. Overall, the law is linked to an increasingly stronger role for Islam in Indonesian politics.

The religious tolerance, both in politics, as with much of the population is getting smaller. The increasing threat to religious freedom for members of the Islamic Ahmadiyah sect should also be seen in this context. Your situation is becoming increasingly dangerous. For example, in March 2011 four members of this group were lynched by a mob. The perpetrators received very mild sentences from the judiciary.

The Ahmadiya was also branded a heretical sect by the Ministry of Religions until 2013 and was therefore subject to restrictions. The current minister of religion, Joko Widodos, is not continuing this course.

The discussion about the controversial blasphemy law, which provoked one of the most violent domestic political conflicts since the fall of Suharto, was also to be understood in connection with the Ahmadiyah. This law was upheld by the Constitutional Court in 2010, after serious threats from supporters of Islamist organizations.

Opinions that deviate from the usual interpretation of the Islamic faith, such as those of the Ahmadiyah, come under pressure due to this law. Publicly expressed atheism can result in prison terms. 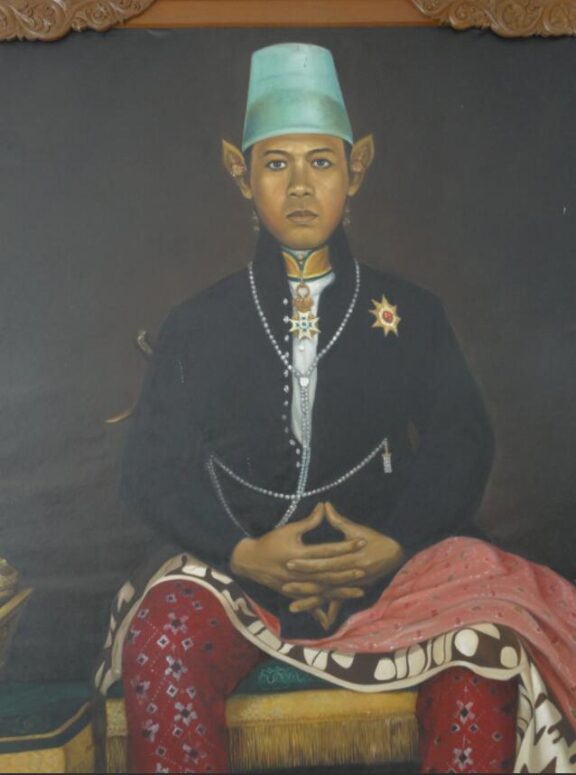