In 2012, extremist Islamists also used violence against the Shiite minority. Two Shiites were killed in an attack in August 2012.

Religious minorities are coming under increasing political pressure. In particular, the construction of new churches is meeting with increasing resistance from the influential minority of Islamic hardliners.

Dealing with Islamic extremist and violent groups, such as the “Islamic Defense Front” (FPI) is extremely controversial. With their high-profile campaigns, groups like the FPI have, measured by the number of their members, a strongly disproportionate influence on domestic politics. Some Islamist groups are also openly anti-constitutional, but have not yet been prosecuted. It is not uncommon for Islamist, violent groups to be instrumentalized by political interest groups.

The Hizbut Tahrir movement, which seeks to establish a caliphate in Indonesia, was banned in July 2017.

The fight against Islamist extremism and the fight against Islamist terror are important domestic political issues. Great successes have been achieved, particularly in the fight against terrorism, also with the help of international support. The terrorists are also increasingly losing their base. The bomb attacks aimed at foreigners in Jakarta in July 2009 and January 2016 were therefore rather unexpected for observers. They show that of Islamic terrorism after the arrest of Abu Bakar Basyir, who was considered a “Spiritual Guide” and the killing of terrorists by executions and special forces continue a major threat emanates.

President Joko Widodo was expected to remain resolute in opposing religious intolerance and violent religious extremism. As mayor of Solo and governor of Jakarta, he had already clearly demonstrated that he is ready for this. So far, however, he has not yet set clear signals. However, as resistance on the streets increases, the influence of Islamist forces on the government under Joko Widodo has waned. Since his election, Joko Widodo’s management style has become increasingly authoritarian. Also the Islamic conservative “Council of Indonesian Muslims” (Majelis Ulama Indonesia) has gained political influence in recent years. The vast majority of Indonesian Muslims, however, continue to resist radical tendencies. The number of Indonesian Muslims who fight or fought for the so-called “Islamic State” is probably lower than the number of Muslims who have traveled from Germany.

In October and November 2016, there were mass protests, some of which were violent, against the Chinese-born Christian governor of the capital Jakarta (Basuki Tjahaja Purnama, known as Ahok). The reason was the reference to a verse from the Koran in a speech. This was interpreted as blasphemy by the Christian governor. However, the speech was published in a deliberately falsified form.

The mass protests were largely reduced to a Christian-Muslim conflict in the German press. However, they were very much related to the upcoming re-election of Ahok. His targeted discrediting, also for electoral reasons, helped the (Muslim) rival candidate Anies Baswedan, who was supported by Prabowo Subianto, the rival of President Joko Widodo. On April 19, 2017, Anies Baswedan won the runoff election.

The defeated Ahok is a close companion of President Joko Widodo, whose authority has also been weakened. In connection with this, it was expected that his chances of future re-election would be reduced. Ultimately, Joko Widodo’s opponents in the conflict over Ahok already positioned themselves for the 2019 election campaign. He also instrumentalized Islamist forces.

According to computergees, widespread anti-Chinese resentment helped Ahok’s opponents. In November 2016, the mass protests reached the point that Ahok was even officially charged with blasphemy. It was considered by many political observers to be a priori likely that the question of conviction would also be influenced by Ahok losing in the runoff elections.

In the first ballot, Ahok achieved the best result of the three candidates with 43% of the vote – despite 85% Muslims in Jakarta. This was seen by many observers as a sign that many voters consider the determined, successful work of Ahok to be more important than religious issues. Both opposing candidates did not come from the Islamist spectrum, but they instrumentalized the Islamists in the hope of reducing Ahok’s chances of being elected. In some cases, anti-Chinese resentments were also deliberately aroused. In early May 2017, Ahok was sentenced to a two-year prison term, which the judges even exceeded the demands of the prosecutor. In January 2019 he was accepted for good leadershipdismiss.

Overall, the political climate has become increasingly poisoned in recent years. Nationalists are now increasingly suing Islamists for disparaging remarks about the state philosophy Pancasila – Islamists, on the other hand, are suing for alleged blasphemy against statements by members of secular parties who contradict those of “real” Islam. The number of lawsuits for alleged blasphemy has therefore increased in recent years.

The examination of the past also plays an important role in the political debate, especially as the riots of 1965-66, the human rights violations under Suharto and dealing with former political prisoners concerned.

Initiated by the film “The Act of Killing”, in which up to now unpunished mass murderers re-enact what they did at the time, more and more Indonesians are beginning to clearly question the official version of history, after which a coup was put down by communist groups in 1965. However, it is not to be expected that the victims of the violence of 1965/1966 will be officially rehabilitated in the next few years. 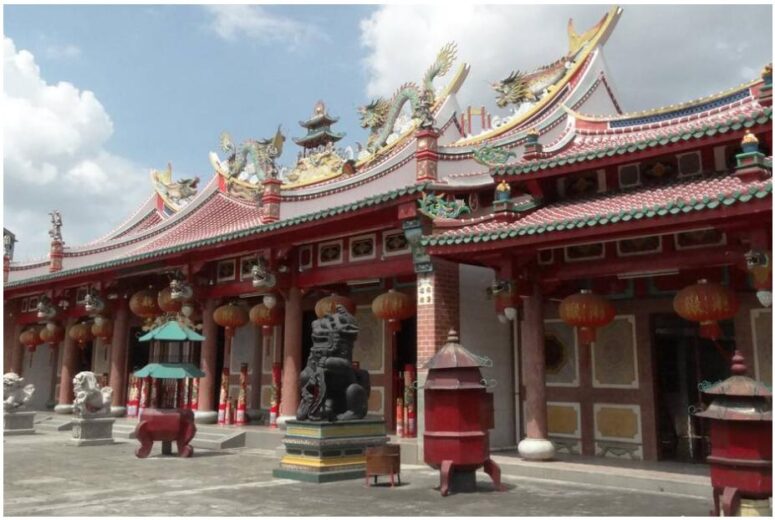