Indonesia Economic Development since 2004 Part I

President Susilo Bambang Yudhoyono, elected in October 2004, and his cabinet initially sparked a new sense of optimism in the country, despite the tsunami disaster and some unpopular decisions.

Since the Indonesian parliament passed important investment protection laws in 2007, the general conditions for the economy have improved significantly. Since then, foreign investments have also increasingly contributed to an improvement in the current economic situation. The laws make it easier, for example, to acquire land, grant access to international arbitration tribunals and generally equate domestic and foreign investors.

As a result of the Covid-19 pandemic, Indonesia’s economic output is expected to shrink for the first time in 20 years (as of December 2020).

According to extrareference, the government of President Joko Widodo is trying to reduce energy costs, increase value creation in the country and simplify investments. Furthermore, the regulations for work permits for foreigners are to be relaxed and the acquisition of land be simplified.

Compared to his predecessor, President Joko Widodo is taking a more protectionist course. Among other things, he wants to increase the vertical range of manufacture in his own country and the manufacture of industrial products in Indonesia. Measures to stimulate the internal market are also expected.

As a first economic policy measure, shortly after his inauguration, he abolished the gasoline subsidies, which had been a heavy burden on the state budget for many years. This makes many additional billions of dollars available per year, which are obviously intended to be used primarily in the health sector and to improve the infrastructure – especially for large ports.

Between 2005 and 2018 Indonesia rose significantly in the ranking of the Global Competitiveness Report of the World Economic Forum (from 56th to 45th place out of 140 countries). In 2011, the Fitch rating agency awarded “Investment Grade” for the first time since 1998, and in 2012 the Moodys rating agency also awarded it.

The weight of the large Indonesian domestic market, which protects against economic fluctuations in difficult times, also has a positive effect on growth.

The banking sector coped with the financial crisis of 2008/2009 exceptionally well, which is largely due to a large number of reforms in this area. The national debt could be reduced from 130% of the economic output (1998) to approx. 29.2% (2018) (in comparison to Germany 2019: 59%). The inflation rate was 2.7% in 2019. Between mid-February and early April, the Indonesian rupiah suddenly lost a sixth of its value compared to the euro in the wake of the corona crisis.

Due to its economic policy, Indonesia was one of the few countries in which the economy continued to grow despite the financial crisis of 2008/2009. The main factors that contributed to Indonesia’s comparatively good economic situation were the stable consumption of the population, a government stimulus package of around US $ 7 billion and interest rate cuts by the central bank.

As the largest regional economy, Indonesia is currently benefiting greatly from the AFTA free trade area, which was created in January 2010 and to which ASEAN members Indonesia, Malaysia, Singapore, Thailand, Brunei and the Philippines belong.

In 2018, Indonesia was upgraded from the “Lower Middle-Income-Country” category to the “Emerging Market and Middle Income Economics” category by the IMF.

Economic consolidation is currently closely linked to the political confidence-building process. Domestic political conflicts, political destabilization, the growing radical Islamism, the still strong corruption and fears of secession are among the main problem areas that are hindering the process of consolidation.

Fundamental prerequisites must be created to solve the country’s economic problems.

The unreliable power supply (especially in Jakarta), which is due to a lack of investment in the energy sector, is currently also hampering the economy. At the same time, hardly any other country in the world has such good opportunities to cover its electricity needs using renewable energies (especially geothermal energy).

9% of the energy comes from hydropower plants, 85% from fossil energies.

In October 2015, Indonesia signed an agreement with Russia on the peaceful development of nuclear energy. According to the author, however, it can be doubted whether this will actually lead to the completion of nuclear power plants in Indonesia in a few years. Earlier projects to develop nuclear energy in Indonesia have already failed due to resistance from the local population, who argued, among other things, with the high risk of earthquakes.

The only wind turbine to date is in South Sulawesi. 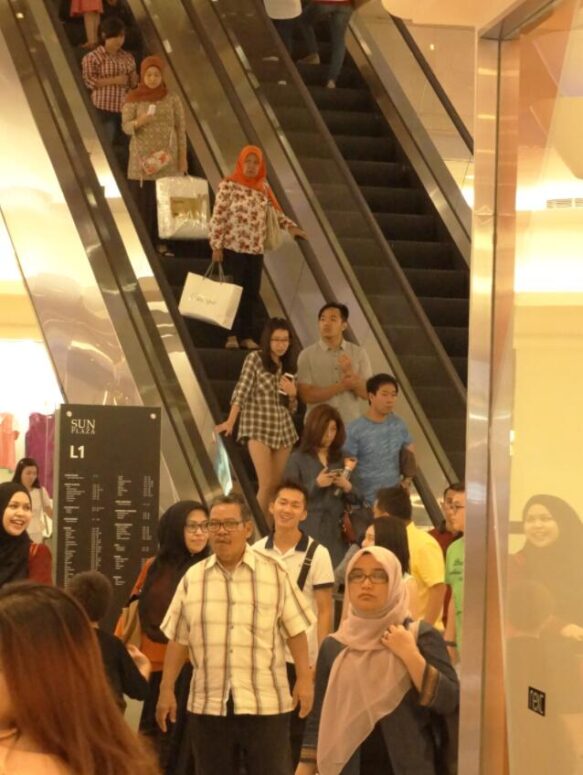