The promotion of regional integration within the framework of the Association of South East Asian Nations (ASEAN) is extremely important for Indonesia’s foreign policy. As the largest country in ASEAN, Indonesia plays an important role. As a member of both ASEAN and the G-20, Indonesia strives to be an international mouthpiece for all developing countries.

Security issues and issues relating to the international fight against terrorism are also increasingly coming to the fore in Indonesia’s external relations.

Although there are disagreements with almost all neighboring countries at various levels, there is no risk of armed conflict.

There are disagreements, among other things, because of the persecution of the Rohingya Islamic minority in Myanmar. On this occasion there were repeated demonstrations in front of the Myanmar embassy.

In contrast to most of the other Southeast Asian countries, China is only the third largest foreign investor in Indonesia. The reason for this lies primarily in deep-seated prejudices against the Chinese minority as well as the events of 1965/1966 after the Chinese were defamed as communists by the government for decades because of their ethnic origin.

Indonesia is also trying to raise its foreign policy profile by increasing the contingent within the UN Peace Force.

The “ASEAN Regional Forum ” (ARF) with a total of 17 ASEAN dialogue partners from Europe, North America, Asia and the Pacific is primarily concerned with preventive measures.

The development of relations with the regionally important powers China, Japan and India is of particular importance for Indonesian foreign policy.

In relations with the East Timor (Timor Leste) formerly occupied by Indonesia, which gained state independence in 2002, attempts are being made to establish good neighborly relations in terms of real politics.

Even under the government of Susilo Bambang Yudoyono, Indonesia tried to raise the profile of Indonesia as the country with the largest Muslim population in the world. This can be seen, among other things, in the increased commitment in the Middle East. For example, since 2007, Indonesia has been participating in the Peacekeeping Force in Lebanon with 850 soldiers.

Indonesia is also trying to distinguish itself in foreign policy by playing a stronger role in international climate policy. In 2007, for example, Indonesia hosted the 13th World Climate Conference under President Susilo Bambang Yudoyono.

A comprehensive partnership and cooperation agreement between the EU and Indonesia was signed in Jakarta in November 2009. It covers the areas of trade, the environment, energy, education, science and security. As a nationalist, Joko Widodo is far less interested in foreign policy profiling than Susilo Bambang Yudoyono. After Joko Widodo visited Brussels in 2016, the EU and Indonesia resumed free trade negotiations.

The multilayered good relations with Germany are characterized by mutual trust. President Joko Widodo visited, accompanied by protests by human rights activists, most recently in Germany in April 2016. Relations with the EU and the USA can also be described as good.

The relations with Australia are often tense, especially when Australian politicians speak disparagingly of the Indonesian policy operation. In 2007 it was also revealed that the Australian secret service had tapped the phones of President Susilo Bambang Yudoyono, his wife and some ministers for an extended period of time.

The Australian refugee policy is also causing displeasure in Indonesia. Military cooperation with Australia was interrupted in January 2017 when Indonesian soldiers saw Australian training material that offended their nationalist feelings. The collaboration was resumed 2 months later. Long-term upsets are rare in the relationship between Indonesia and Australia.

Since 2014, Joko Widodo’s cabinet has seen new guidelines for foreign policy under the leadership of Foreign Minister Retno Marsudi. Shortly after his swearing-in, President Joko Widodo set the first accents with the sinking of fishing boats operating illegally in Indonesian waters. Furthermore, he puts the protection of Indonesian workers abroad and Indonesia’s own economic interests more in the foreground.

Other focal points of foreign policy are the promotion of regional integration within ASEAN, as well as regional security and counter-terrorism issues.

As the country with the largest Muslim population in the world, Indonesian foreign policy pays special attention to the countries of the Near and Middle East and tries to mediate in the conflict between Saudi Arabia and Iran.

Since the establishment of Malaysia, the access and use of individual sea and land areas have been controversial, but this has not led to any major political turbulence in recent years. An exact agreement is still pending with Singapore.

At the beginning of Jokowi’s term in office, it was considered likely that the conflict with China in particular over China’s territorial claims in the South China Sea would intensify. However, this has not been confirmed.

While gaining international prestige was one of the main goals of Susilo Bambang Yudoyono’s foreign policy, under President Joko Widodo foreign policy is more committed to gaining domestic political popularity. The execution of many convicted drug traffickers, including Australian and Brazilian nationals, was also to be understood in this sense. This decision was very popular with the Indonesian people. It is unlikely that this line will be deviated from before the next presidential election. 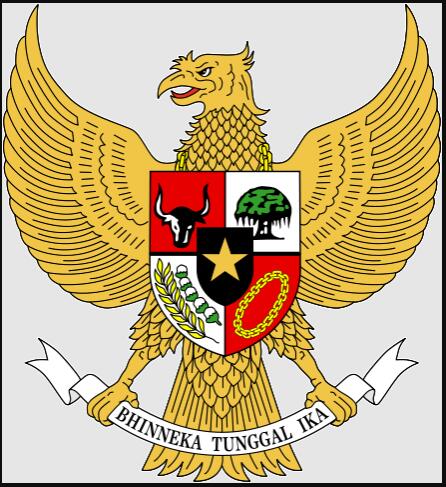