Until 1945 Indonesia was a Dutch colony. Between 1967-1998, Indonesia was an authoritarian dictatorship under President Suharto. Since then, the country has transformed itself into a largely stable democracy in recent years.

The Indonesian economy plunged into a deep crisis in 1997/1998, from the consequences of which it has only recovered since 2005. The high economic growth of over 5% annually for around 10 years has led to a growing middle class. Due to the Covid 19 pandemic, the gross national product in 2020 fell for the first time since 1998 (approx. – 1.5%) more

According to ehistorylib, there are more than 250 ethnic groups in Indonesia with their own language and cultural traditions. Measured by the number of believers, Indonesia is the largest Islamic country in the world – but there are large parts of the country in which Christians or (on Bali) Hindus form the majority of the population.

Tourists from most countries can get their visas upon entry. Outside of the densely populated islands, traveling in Indonesia can be difficult due to a lack of infrastructure. There have been isolated bomb attacks by Islamist terrorists in Indonesia, but most of them were not targeted by foreigners.

Even after the fall of Suharto, human rights are frequently disregarded in Indonesia. Torture and ill-treatment of prisoners and detainees on remand are widespread. Organizations such as Amnesty International, Watch Indonesia, Human Rights Watch repeatedly call on the Indonesian government to pay greater attention to human rights. The National Commission for Human Rights Komnas Ham, which receives complaints, also regularly calls for greater respect for human rights.

Human rights activists see great dangers in articles of the new criminal code that were presented in September 2019. These articles include possible prison sentences for spreading Marxist-Leninist ideology, insulting the president, abortion and sex outside of marriage. The rights of LGBT people are also to be severely curtailed. Some of the articles appear to be related to the increasing influence of Islamists in the government. One of these Islamists is the new Vice President Ma`ruf Amin.

As a result, there were protests across the country in September and October 2019, some of which were violent, and were mainly carried out by the younger generation. It was the strongest unrest in more than 20 years. In essence, most of the protesters want to defend the democratic achievements since the fall of Suharto (1998).

Most political prisoners are held in West Papua, where large sections of the population are demanding independence from Indonesia. There have also been some politically motivated murders in West Papua in recent years, which international observers attribute to the military. There are also political prisoners in connection with the struggle for independence in the southern Moluccas.

Human rights violations by the military are rarely dealt with sufficiently in court.

Basically, the new government under Joko Widodo was expected to defend human rights more decisively – especially the rights of ethnic and religious minorities. Many activists today feel disappointed. Just a few months after his election, Joko Widodo demanded that the judiciary enforce the death penalty against a number of drug smugglers. Eight drug smugglers were then executed in April 2015, including foreigners. The execution of the death penalty despite international protests is also to be understood as a strong signal of strength directed at domestic politics and is viewed positively by the majority of the population.

In 2017, Joko Widodo went one step further and openly called on the security forces to shoot drug traffickers at the slightest resistance. This request could already be understood as preparation for the 2019 election campaign, for which Joko Widodo wanted to get the strong man label in good time. His request had immediate consequences – already in the first half of 2017 three times as many drug dealers were killed by the police as in the whole of 2016. The political model for this approach seems to be Duterte’s rigorous policy in the Philippines.

The death penalty has already been imposed on Islamist terrorists several times.

Interestingly, according to Duterte, his crackdown was originally inspired by the Suharto regime ‘s rigorous crime-fighting campaign.

In the past few years several hundred thousand people have been displaced from their land due to land reclamation projects – especially for the controversial project in Benoa Bay (Bali).

Java in particular has a very lively civil society, which cannot be overestimated as a motor for political changes in the democratization process. 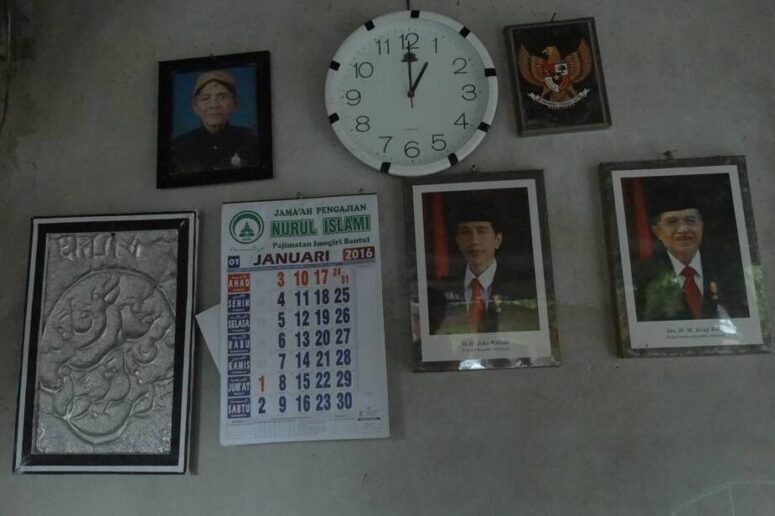