In 2004, for the first time in the history of Indonesia, the president and a deputy were elected directly by the people.

Susilo Bambang Yudhoyono (commonly abbreviated as SBY in Indonesia) emerged as the clear winner of the presidential elections, although at the time he was only the leader of the fourth largest party (PD).

Susilo Bambang Yudoyono ended his military career as a 4-star general in 2000. From October 1999 to August 2000 he was Minister for Mining and Energy and from August 2000 to June 2001 coordinating Minister for Politics, Social Affairs and Security under Abdurrahman Wahid. Under President Megawati Sukarnoputri, he was the coordinating minister for politics and security.

On July 8, 2009, Susilo Bambang Yudoyono was re-elected in the first ballot with 60.8% of the vote. Programs against poverty, his successful economic policy and, in the opinion of many international observers, his very consistent course to curb corruption contributed to his re-election.

Corruption scandals (including among members of the government) and very hesitant administration contributed to the fact that his popularity declined significantly in the second term of office, even if he himself was never the focus of the investigation.

The now 57-year-old forest scientist and furniture dealer Jokowi began his rapid ascent as mayor of Surakarta (Central Java) and was later elected governor of Jakarta.

Back then, as in 2019, his opponent was Prabowo Subianto, the ex-general and former son-in-law of Suharto. At first it seemed that Prabowo Subianto would end up clearly beaten in second place. Later Prabowo Subianto caught up in an election campaign that was unusually tough for Indonesian standards.

Jokowi was the “shooting star” of Indonesian politics in 2014. The heavy metal fan Jokowi, who does not come from the political and economic elite, stood for a new style close to the people in the population. What was also unusual about him was that he did not belong to the military, to any Islamic organization or to a political-economic dynasty

Joko Widodo is a member of the PDI-P, the strongest party in the new parliament (since 2014).

The election of Jokowi as the new president in 2014 was primarily an expression of a widespread desire among voters for a different and new political culture – far removed from arbitrariness, abuse of power, nepotism and corruption. Therefore, very high expectations were placed on him, some of which have proven to be impossible to meet.

This was also in connection with his rather weak power base within his own party, at least in the first few months in office, and his overall weak parliamentary support. However, his government’s ability to act was not decisively impaired in its first year in office by the fact that it was a minority government.

Shortly before the president was sworn in, the old parliament, in which Jokowi also did not have a majority, flexed its muscles by abolishing direct elections to public officials at the local level. This has been viewed by human rights activists and political observers as a step backwards in the democratization process. The decision has since been reversed.

Jokowi had little experience at the national political level when he took office. This lack of experience was, however, well compensated for by his Vice President Jusuf Kalla, who had already served as Vice President under Susilo Bambang Yudoyono from 2004-2009 and made a name for himself there as an assertive political strategist. Jusuf Kalla belongs to the Golkar and was formerly its chairman.

President Joko Widodo’s second year in office showed that his minority government was increasingly able to work with parties from the Prabowos alliance. Increasingly, groups of parliamentarians and entire parties moved from the opposition to the Jokowis camp. Jokowi has had a clear majority in parliament since October 2015.

Many domestic and foreign political observers, some of whom had high hopes for the election of Jokowi – especially in the area of human rights – are disappointed with the work of the Jokowi government so far. The economic development also fell short of expectations.

Presidential elections were held again in April 2019. Joko Widodo’s challenger was again Suharto’s ex-son-in-law, Prabowo Subianto, who likes to present himself as a strong leader. The fact that Jokowi tried to present himself in this role during his first term in office – for example by calling on the police to immediately shoot drug traffickers who resist – was, among other things, to be understood as part of the primary campaign.

Both Prabowo Subianto and Joko Widodo tried to secure the support of Islamist circles in various ways before the election. In the middle of the election campaign, Jokowi went on a pilgrimage to Mecca, which was reported on on all television channels.

According to commit4fitness, Jokowi ran for election in 2019, probably out of election tactical considerations, together with the 75-year-old Muslim cleric Ma’ruf Amin (as Vice President). Ma`ruf Amien has many years of political experience, including as an advisor to the ex-president Abdurrahman Wahid. Also under Susilo Bambang Yudoyono and plays a prominent role in the Nahdlatul Ulama, the largest Islamic association in Indonesia (and worldwide). Ma`ruf Amin was chairman of the council of the Indonesian ulama and was previously responsible as head of the fatwa commission for various (not legally binding) fatwas, which, among other things, described liberalism, secularism and pluralism as un-Islamic. Ma’ruf Amin also advocated the number to restrict non-Islamic places of worship.

In the elections, the legal counting of which was questioned again before the official final result was announced (May 17, 2019), Joko Widodo won a clear victory with a lead of around 11%.

As in 2014, Prabowo – the son of a Christian woman – mobilized his supporters to cast doubt on the legitimacy of the vote count due to his foreseeable defeat. Prabowo appeared several times during the election campaign with supporters of radical Islamic militias who are calling for the introduction of Sharia in Indonesia.

In May 2019 street riots broke out in Jakarta in which several people were killed. 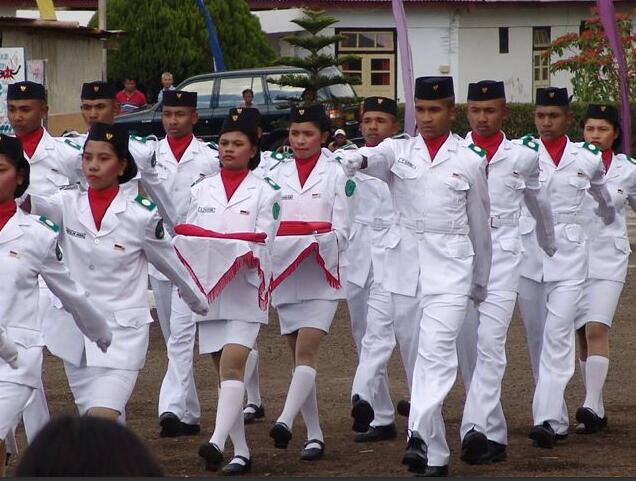