Belief in an almighty God is part of the official state philosophy Pancasila. Atheism is therefore not allowed and can be punished. All major religions are also represented in Indonesia. 6 religions are officially recognized (Islam, Buddhism, Hinduism, Catholicism, Protestantism and Confucianism). Since October 2017 it has also been possible to register as a member of an indigenous traditional form of religion. 88% of Indonesians are Muslim. Islam in Indonesia shows different currents. Large parts of the Islamic population (especially in rural Java) orient themselves towards a traditionalist, mysticism influenced form of Islam. Belief in spirits and the effectiveness of magic is widespread among these population groups. The traditionalist-mystical Islam shows a high adaptability to local customs and traditions, which among other things also influences the reactions to natural disasters.

However, especially since the beginning of democratization after the fall of Suharto, Islam has been interpreted more conservatively and narrowly. This can also be seen in the increasing distribution of headscarves, which were seldom seen in the Suharto period.

There is a trend to be more Islamic: since the turn of the millennium it has become increasingly popular to read Islamic literature, dress in Islamic clothes, watch Islamic films and listen to Islamic boy bands.

According to hyperrestaurant, Islam with a Wahhabi and Salafist orientation is currently gaining popularity – also due to increasing support from abroad. More and more Indonesians would like to see sharia law being observed more closely in their legislation. For example, since April 2015 the sale of beer and mixed drinks in mini-supermarkets has been banned.

Decentralization is currently leading to the adoption of ordinances in districts in which Islamic parties have been able to win large shares of the vote, which their supporters regard as “Sharia-compliant”. In those districts, for example, there is a strict ban on alcohol, female students and administrative employees have to wear a veil there, women are no longer allowed to go out on their own after a certain time and occasionally can be punished for homosexuality, gambling and adultery. Sharia-compliant rules of this kind are applied particularly strictly in the province of Aceh.

In July 2015, the Ministry of the Interior launched a push to ban regional regulations that discriminate against women or members of ethnic and religious minorities.

There were serious internal Islamic conflicts in 2008 over the question of the ban on the Ahmadiyah sect. The sect was finally banned by a decree from the Ministry of Interior and Religion from further spreading its beliefs, which fundamentalist Muslims consider heretical. Many observers see this decree as a serious encroachment on religious freedom. Encouraged by this decree, groups from the Islamist-terrorist spectrum, such as the 200,000-strong Front Pembela Islam (FPI), are attacking increasingly to violence. This violence reached its temporary peak in March 2011. At that time, four people were killed in an attack by the FPI on members of the Ahmadiyah sect. The large Islamic associations, such as the Muhammadiyah and the Nahdlatul Ulama with a total of 70-80 million members, condemned the attacks. Since 2011, the Shiite minority has also increasingly been the target of violent Sunni extremists.

The police are usually very reluctant to take action against violent demonstrations by Islamist hardliners. In some cases there also appears to be direct cooperation with Islamists when the police’s demands for corruption money are indirectly supported.

In politics there are increasing voices calling for a stronger role for Islam in legislation. Anyone who takes a position against these voices runs the risk of being labeled “anti-Islamic”. An accusation that one would rather not expose oneself to in a country with 88% Muslims. The vast majority of the mostly moderate Indonesian Muslims therefore prefer to remain silent and not become politically active. However, one can also clearly speak of an increasing acceptance of Islamist basic positions.

The silent majority of moderate Muslims today is partly responsible for the fact that fundamentalists increasingly dominate the public debate. Their silence has also contributed to the fact that interfaith relations have deteriorated significantly in recent years.

In areas with an Islamic majority, the construction of non-Islamic places of worship and the practice of the respective religion are increasingly being hindered by the local administration.

The violence of Islamist hardliners against Indonesian Christians and against that of the Islamic religious community of Ahmadiyah is also increasing significantly.

The religious pluralism guaranteed by the Pancasila state philosophy currently seems more threatened than ever.

The Islamist terrorism has in Indonesia, measured in the number of Muslims, very few supporters. The dangers that terrorist organizations such as Jemaah Anshorut Daulah, an ISIS network and Jemaah Islamiyah pose for the development of democracy, the rule of law and the economic development of Indonesia are extremely high. Few of the attacks, including the 2002 and 2005 attacks in Bali, were against foreigners in Indonesia.

The proportion of the Christian population is around 8%. Nevertheless, in some larger parts of the country, such as East Nusa Tenggara, Christians are even in the majority.

Hindus are almost exclusively found in Bali. Smaller groups counted as Hindus are the Orang Tengger in East Java and some groups in Kalimantan. The nature of the Hindu life practice of these people and their rituals differ significantly from Hinduism in India.

There are very few Jews in Indonesia. For fear of Islamist extremists, they are not present in public.

In some remote regions of the archipelago, traditional forms of religion are still practiced, the main characteristics of which are ancestral cult and the worship of spiritual beings. 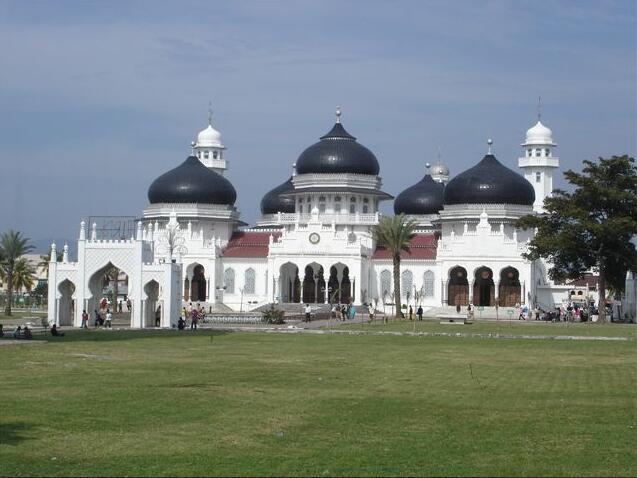