Indonesia is the world’s fourth most populous state and third largest democracy, a country of potentially increasing importance. It is also the world’s most populous Muslim country and strategically important with its proximity to the Malacca Strait, where 75 percent of the oil supplies to Japan and other East Asian industrialized countries pass.

Indonesian President Ibrahim Suharto broke all relations with China, which he claimed had supported the coup attempt in 1965. Diplomatic relations were first restored in 1990. Indonesia has played a key role in the ASEAN Alliance since its inception in 1967; the union secretariat is in Jakarta.

In recent years, Indonesia has become increasingly engaged in international issues. With its geo-strategic location, emphasis on dialogue and democracy, the world’s largest Muslim population and a constitution built on diversity and religious freedom, today’s Indonesia stands for many as a strategically important partner.

Since 2004, Indonesia has taken a more active role in global issues such as disarmament, non-proliferation and trade, and has clearly aspired to a bridge-building role between Islam and Western countries. It is argued that global challenges related to climate cannot be solved without Indonesian participation. 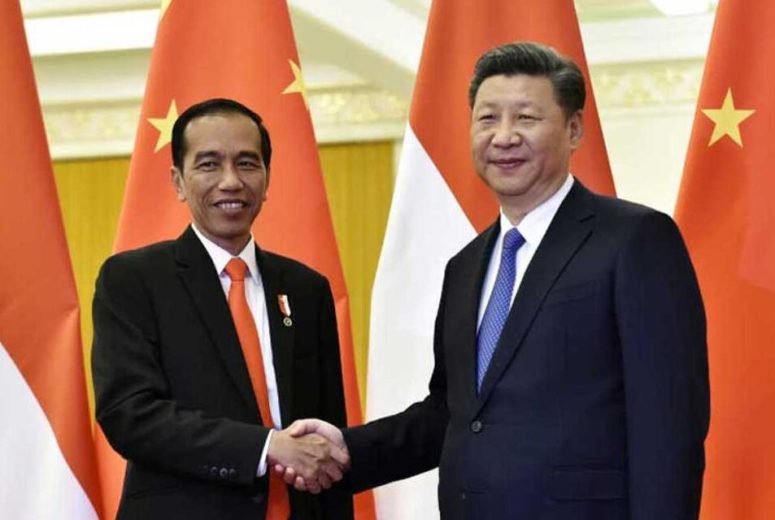 President Susilo Yudhoyono visited Norway in September 2006, the first visit by a sitting Indonesian president. Former Prime Minister Jens Stoltenberg visited Indonesia in March 2007. The visits provided a basis for extended bilateral cooperation. During Stoltenberg’s visit, StatoilHydro (now Equinor) received a license as operator of a new large exploration block in Indonesia. Equinor has a 51 percent stake, while state-owned Indonesian oil company Pertamina owns 49 percent in the Karama deep-water block in the Makassar Strait. Equinor also has shares in neighboring Kuma. At the same time, Equinor and Pertamina entered into a letter of intent for a more extensive cooperation, especially in the eastern part of the archipelago.

Norway contributed NOK 300 million to the recovery in Aceh after the tsunami in 2004. Prime Minister Stoltenberg met the new Aceh Governor Irwandi Yusuf, a former guerrilla leader, during the 2007 visit.

In 2008, Indonesia received approximately NOK 30 million in Norwegian development assistance. The cooperation between Norway and Indonesia has been concentrated on good governance and environmental / natural resource management, with a particular focus on forests. A weak judicial system, widespread corruption and regional conflicts are the basis for the involvement in governance. Pollution and predatory activities on natural resources through illegal harvesting of rainforests form the basis for environmental cooperation. Indonesia has the world’s third largest tropical forests after Brazil and Congo. The country also reportedly has the largest deforestation rate in the world, with dramatic social, economic and environmental consequences.

In December 2007, Indonesia hosted the World Conference on Climate in Bali. As part of the preparations, Minister for the Environment Rachmat Witoelar came on a Norwegian visit. Several three-year Norwegian-Indonesian forestry cooperation agreements were agreed. The Jakarta government presented a long-term plan for new forest clearing: 59.2 million hectares of demolished forest will be partially revived by replanting two billion trees. A major cause of the destruction of the rainforest is many fires during the dry season, as well as extensive logging of tropical timber. This puts Indonesia in third place among the countries in the world that emit the most greenhouse gases.

Indonesia’s geopolitical significance makes the country an interesting partner for Norway, states the Foreign Ministry’s Storting Report number 15 on main lines of Norwegian foreign policy (2009). International conferences in Bali and Oslo discuss the UN’s Millennium Development Goals, international health issues and climate. As a result of the caricature battle in 2006, the collaboration has also been developed to include media dialogue.