As part of its welfare system, Kuwait has free education for all Kuwaiti children aged 6-14. Kuwait University was founded in 1964, American University of Kuwait in 2004; the country also has a technical college. The proportion of women at the higher education institutions is considerable, and there is a high degree of literacy among both genders. The state offers scholarships for study at foreign universities and colleges.

Kuwaiti culture is a mixture of tradition and modernism. The tradition is preserved, among other things, by crafts with roots in the Bedouin’s way of life and in social forms developed by Arab tribal culture. Modern trends are evident in literature and architecture.

Freedom of the press is guaranteed according to the constitution, but the state exercises considerable influence, among other things through control of the media. Many of the country’s cultural treasures were robbed during Iraq’s invasion. 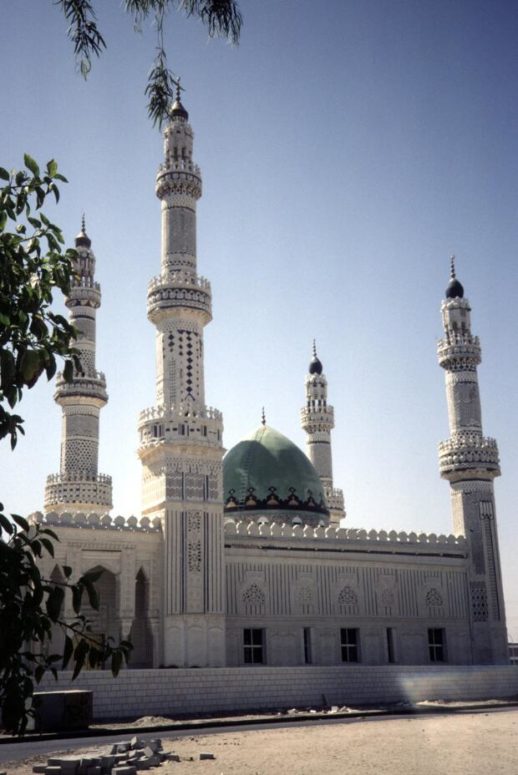 As in the other states of the Arabian Peninsula, it is the poetic tradition that has dominated the literary life of Kuwait until recently. With the strong societal changes of recent decades, with oil extraction and sudden wealth, more modernist voices have also emerged in both lyric and prose. They are often concerned with the consequences of the rapid changes and often express both nostalgia and alienation.

Fahd al-Askar (1914? –51) became known as a romantic innovator of traditional Kuwaiti poetry. Suad al-Sabah (b. 1942), from the ruling al-Sabah family, is a renowned female lyricist and known for his support for the promotion of Arabic poetry in general. Other names are Khalifa al-Wuqayyan (b. 1941) and Sulayman al-Fulayyih (b. 1953). Ismail Fahd Ismail (b. 1940) became famous for his novel quartet depicting life in Kuwait in gloomy tones until 1963, and for his historical novel about Napoleon’s occupation of Egypt and the cultural conflicts it created (the Nile runs to the north, 1982). Layla al-Uthman (b. 1945) is considered among the foremost Arab female writers. In her novels, she has challenged the conservative social environment in Kuwait, and both in 2000 and in 2002 were charged with blasphemy and violation of public embarrassment. The philosophy professor and author Aliya Shu’ayb was convicted of the same in 2000. Among other prose writers, Walid al-Rujayb (b. 1954) may be mentioned.

The music scene in Kuwait is from the old of very complex and disparate; each ethnic group cultivates its own forms of music, which helps maintain the group’s identity.

The Bedouin tradition includes war dances accompanied by drums and other percussion instruments, songs, single- or two-string fiddle and double clarinet. The pearl divers developed a very peculiar and highly cultivated singing tradition related to various work operations and situations. Within the traditional urban culture there is a special form of song dance, sawt or bastah, to the music of a singer who himself performs the tune of ‘ud (lute) and is accompanied by two or more drummers. Classical Arabic music is not widely used.

The demographic diversity in the wake of the oil industry and modernization is reflected in musical subcultures linked to the social life of each minority group. A modern innovation is leiwah, a dance song form introduced from Kenya and Tanzania.