In Indonesia, Malay has been a common language for hundreds of years. The same is the case in Malaysia. In 1945, Malay was made the official national language of Indonesia under the name Bahasa Indonesia.
There are 742 different languages ​​in Indonesia, of which 270 are languages ​​in Papua. With some exceptions in Northern Maluku and New Guinea, all belong to the Indonesian languages ​​of the Austronesian language family. Just over 80 percent of the population is distributed in ten languages. The main languages ​​are: Javanese (especially Central and East Java ), Sundanese (West Java), Malay (East Sumatra, large parts of Borneo and East Indonesia, Jakarta ) and Madurese ( Madura and parts of East Java). 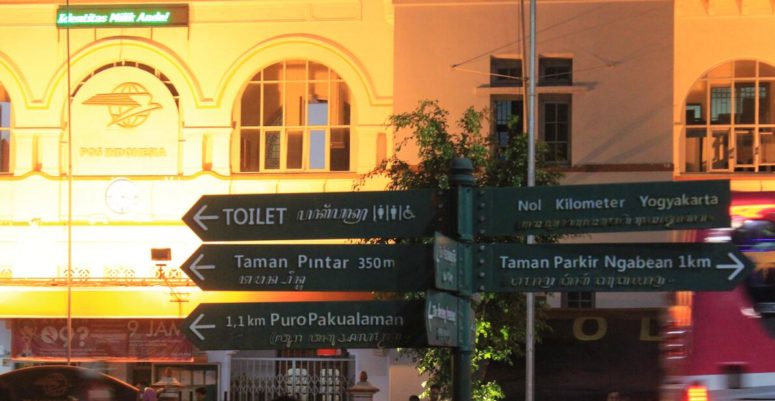 Today, Bahasa Indonesia dominates all language use at the national level. There are compulsory subjects in the school and teaching language from the fourth grade. Active language planning has been conducted, which among other things led to a joint official writing between Indonesia and Malaysia in 1972. Locally, the largest regional languages are used partly in writing, also literary. Several writing systems have been in use in Indonesia, partly the Arabic alphabet, and in part various alphabets of Indian origin. Today, the Latin alphabet dominates.