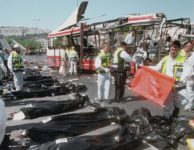 The term Middle East is relatively new, incorporated substantially after the Second World War, and in particular linked to the Middle East conflict, as well as the region’s economic importance as an exporter of oil and gas. The designation probably originated in the late 1800s, but must first have been popularized by US Admiral Alfred Thayer Mahan in an article published in 1902. During the Second World War, the Middle East was used on the territory of the British military command in Egypt, and then included the countries of today The Middle East, including Cyprus, Sudan and Turkey, but not Algeria, Morocco and Tunisia.

In the past, the term Near East was often used for what is now called the Middle East, and is still partially used. The Middle East as a concept is considered Eurocentric, defining a part of the world seen from Europe. Former geographers often divided the Orient into three; Near the East, the Middle East and the Far East. Check Abbreviationfinder website to see all definitions and abbreviations about Middle East.

In this original sense, the Middle East was used for the area from the Gulf to Southeast Asia, while the Near East consisted of the Balkans and Turkey. In the past, the Levant was also a widely used term, which – like the Middle East – was geographically inaccurate, but included the countries of and the islands of the eastern Mediterranean, more recently Palestine, Lebanon, Syria and Turkey. 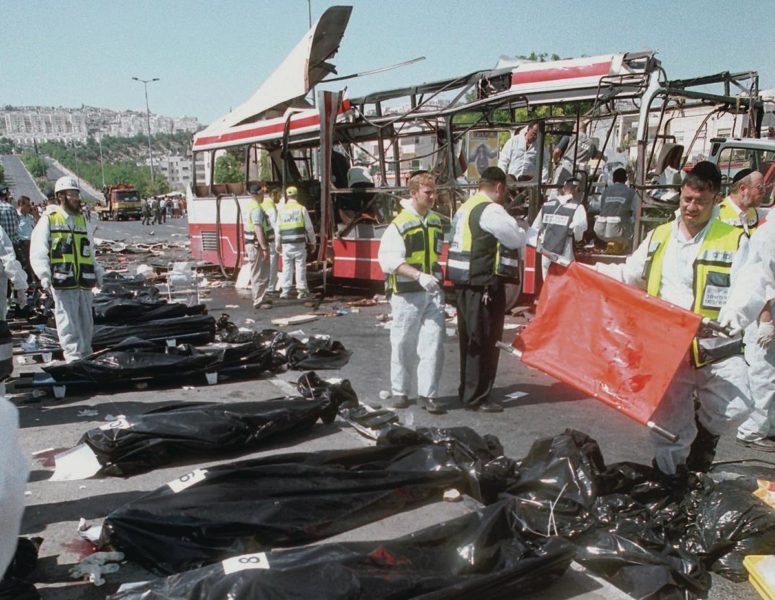 The conflict between Israel and the Palestinians escalated in the years after 2000. The numerous Palestinian actions by suicide bombers led to Israeli military actions in Gaza and a reoccupation of parts of the West Bank. The picture shows Israeli aid workers collecting dead after a Palestinian suicide bombing. It took place on the outskirts of Jerusalem in June 2002. 19 Israelis were killed, most of them school students.

The main cause of the Middle East conflict lies in Palestine. The Zionist movement claimed a state in Palestine from the late 1800s. Not least, it had a background in Austrian Jew Theodor Herzl’s book Der Judenstaat (1896), which inspired determined work for the establishment of a Jewish state. Through the World Zionist Organization, established in 1897, an organized Jewish immigration to Palestine was funded, including through land acquisition, as a basis for Jewish settlement.

An important political and moral support for the demand for a Jewish national home was the Balfour Declaration of 1917, in which British Foreign Minister Arthur Balfour, in a letter to Zionist leader Lord Rothschild, stated that the British government supported the establishment of a national home for the Jewish people in Palestine – without specification of the boundaries.

This commitment was the basis of the Jews’ campaign for a separate state after the First World War, when the United Kingdom was in a central position to influence such an establishment; From 1922 Britain was given responsibility for Palestine as a mandate under the League of Nations.

To put the power behind the political demand, organized – and partly illegal – Jewish immigration from Europe to Palestine escalated to World War II, through five aliyah (immigration waves). The first took place as early as 1882. While immigration was particularly large from Eastern Europe in the early 1900s, the persecution of Jews in Central Europe led to a particularly strong immigration throughout the 1930s. In order to maintain a close relationship with Arab leaders, the British sometimes restricted Jewish immigration to Palestine. This policy helped refuse Jewish refugees from Nazified Europe to seek refuge in Palestine.

The foundation of the Zionist strategy of establishing a Jewish state was to colonize as large a portion of Palestine as possible. immigrants.

World War II and the persecution of the Jews, with the genocide during the Holocaust, reinforced the Jews’ demands for their own state where they could take responsibility for their own security. The Zionist idea, and thus the State of Israel, therefore gained much sympathy and support internationally. Another factor that contributed to Israel’s support was the Cold War, and the West’s efforts to limit the Soviet Union’s influence in the Middle East.

The emergence of an ever-growing Jewish settler population led even before the state of Israel was created to froth with parts of the Palestinian population. The contradictions led to violence, which the British mandate authorities in Palestine only managed to contain to a limited extent.

Extensive clashes between Jews and Palestinians took place especially in 1920–1921 and in 1929. This led to the Zionists forming the paramilitary structure Haganah (1920), to defend Jewish settlements. After the Arab uprising in 1929, Haganah was developed into a more robust military organization, which in the 1930s worked with the British to defeat Arab resistance.

An Arab uprising began with a general strike in 1936, in protest against the Arab leaders regarded as a too liberal British policy against Jewish immigration. Around 6,000 people, the vast majority of Arabs, were killed when the uprising was fought in 1939. 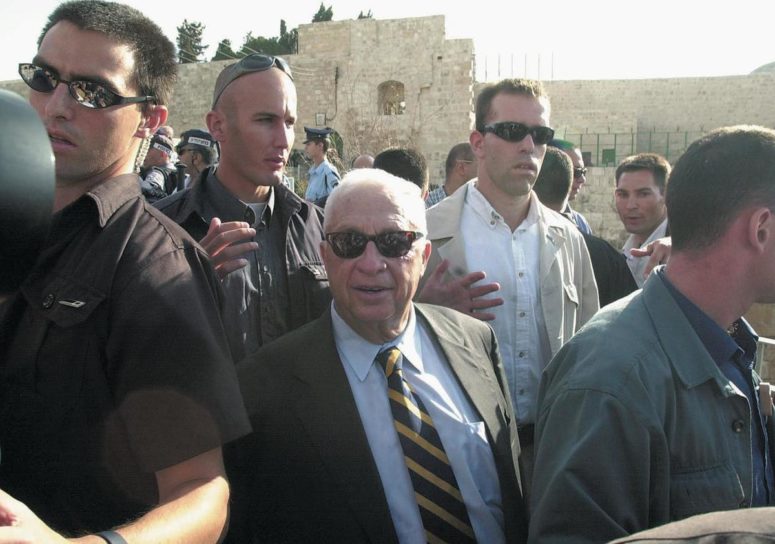 In September 2000, opposition leader Ariel Sharon visited the holy site of the Jews in the heart of Jerusalem – where the Muslim holy al-Aqsa mosque, among others, stands. Despite warnings, Sharon made the visit, which became the triggering cause of the new intifada among Palestinians in the fall of 2000.

After World War II, the Zionists began a resistance struggle to drive the British out of Palestine, especially through the extremist groups Irgun Zvai Leumi and Lehi.

The United Kingdom decided to withdraw from Palestine, and in 1947 presented the Palestine question to the UN. In November of that year, the UN’s sharing plan was adopted. It advocated a division of Palestine into one Jewish and one Palestinian state – and with the area around Jerusalem under international control.

Arab militia – Palestinian groups and a volunteer force with soldiers from several countries – went to armed resistance against the plan and targeted Jewish targets. Already on November 30, 1947, this initiated the first Arab-Israeli war: the Palestine War. The Jewish guerrilla groups also stepped up their activities, with a more offensive and aggressive practice, illustrated by the attack on the Palestinian village of Deir Yassin in April 1948. Such actions helped about 300,000 Palestinians flee the areas required by the UN plan was to be part of the Jewish state. Terror, with physical attacks and psychological warfare, was part of the Zionist strategy to take over as much of Palestine as possible – in what has subsequently been termed ethnic cleansing.

Israel declared itself an independent state on May 14, 1948 – and the conflict became regional, with military attack by five Arab states. Egypt, Iraq, Jordan (Transjordan), Lebanon and Syria immediately attacked. It was the first of several Arab-Israeli wars, and military tension and confrontation were long the dominant relationship in the regional conflict scene.

The Palestine War in 1948 ended with Israeli victory over the Arab forces, and after a ceasefire negotiated by the UN, signed between January and June 1949, Israel left with 77 percent of Palestine. No Arab state in the rest of the mandate area was established; instead, Egypt occupied the Gaza Strip while Jordan annexed the West Bank. Nor was the UN plan for Jerusalem as an internationally controlled area realized. On the contrary, the city was divided; the western part controlled by Israel, the eastern part of Jordan. The question of Jerusalem’s status has since been one of the most central and difficult in the Middle East conflict.

In connection with Israel’s establishment and the 1948 war, some 750,000 Palestinians fled. Alongside large refugee groups in Gaza and the West Bank, there are most Palestinian refugees in Jordan, Lebanon and Syria. Politically and socially, their situation is thus also a regional problem.

While all Jews under Israeli law have the right to take citizenship and settle in Israel, Israel has rejected claims for the Palestinians’ right to return.

Of these, the Six-Day War gained the highest regional significance, ending with Israeli forces occupying the Gaza Strip and Sinai (from Egypt), the Golan Heights (from Syria) and the West Bank with East Jerusalem (from Jordan). The attempt to take back the occupied territories during the October war failed, and Israel consolidated its position; Golan was then annexed.

The symbolically most important and politically difficult consequence of the 1967 Israeli conquest was that Jerusalem was united under Israeli control. An imperative Israeli demand has since been that the city, as Israel’s eternal capital, should never be divided. At the same time, the Palestinians claim it as the capital of their future Palestinian state. Israeli settlement in East Jerusalem has therefore been particularly controversial.

Following Egypt and Syria’s defeat in the October war in 1973, no Arab state has challenged Israel militarily, although in 1982 there were fighting between Israel and Syria over Lebanon. The defeat in 1973 eventually led to a political course change from Egypt, and later other Arab countries, with an approach to Israel – and a political rather than military solution to the Palestine question.

The Arab front against Israel burst in 1977 when Egypt’s President Anwar al-Sadat visited Israel. He opened peace talks which in 1979 led Egypt, as the first Arab state, to enter into a peace agreement with Israel. Because Egypt signed a bilateral peace treaty that did not address the Palestine issue, the agreement was considered a failure against the common Arab and Palestinian cause, and for many years the country was isolated in the Arab world. In 1982, Israel invaded Lebanon to fight the PLO there. Although the PLO was fought already that year, Israeli forces remained in Lebanon until 2000.

It was not until 1993 that the PLO signed an agreement with Israel, and then in 1994 a new Arab country – Jordan – followed suit and signed a peace agreement. However, the negotiations with Syria did not go ahead.

The relationship between Israel and the Arab world, by the way, was improved in the 1990s, thanks in part to a greater commitment to a peaceful solution to the Palestine issue.

During the Cold War, the superpowers stood on both sides of the Arab-Israeli conflict, with the Soviet Union supporting (politically, economically and militarily) the more radical Arab states, especially Egypt and Syria, while the United States was Israel’s foremost supporter. Egypt decided in 1972 to send home the Soviet military experts, and gradually turned to the United States after the 1973 war, which then became the country’s most important economic and military partner.

The region’s oil deposits have been of great strategic interest to the great powers since World War I; for the superpowers especially after World War II. The importance of energy supply was reinforced in the 1970s, when it was used as a political power tool. During the October war, oil producing countries at the Gulf of Persia decided to reduce their production and export to Israel-friendly states until Israeli forces were withdrawn from all Arab territories occupied during the Six Day War.