In an area with such great climate differences, plant growth must necessarily show great contradictions, from tropical rainforest to desert or high mountain vegetation. In the western Himalayas, there are many plants that show kinship westward, among other things. European stone oak. In the eastern Himalayas there are distinct elements from the east, from China. Here, among other things, magnolia and conifers, different from those in the west. Along the foothills of the Himalayas are dense deciduous and bare forests with Himalayan sedges, spruce and pine species. In Rajasthan, it is desert and steppe vegetation that goes into savanna. To the east, the land becomes more humid and the vegetation richer. In Bengal and Assam, there are lush rainforests, and the entire Ganges Delta was originally covered with forests, with mangroves along the coast. 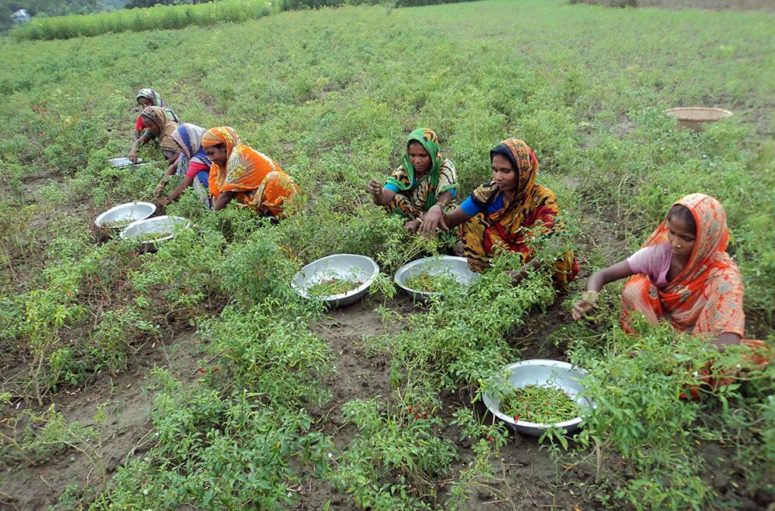 The west coast of Deccan has great rainfall, and there is a lush evergreen forest reminiscent of Malay. Here, among other things, teak and salt , palms, bamboo, epiphytes and a few wooden ferns. Up on the Deccan Plateau it is a bit drier, the trees are deciduous during the dry season. Here, among other things, sandalwood. Along the east coast there is again a bit more humid, with palm groves and bamboo.

The forest is largely cleared away, and replaced by wide grasslands and cultivated land. Firebreaking and abrupt burning have transformed large stretches of valuable forest into bushland, jungle.