About 87% belong to Islam. Christianity is the largest minority religion with just under 10%, of which approx. 2% are Catholics and just under 8% are Protestants. The Catholic Church is particularly strong in East Timor . There are also smaller groups of Hindus and Buddhists. Bali is Hindu. Supporters of traditional tribal religions are found primarily in the inner Borneo, Sulawesi and Papua, where Christian mission is particularly active.

Indonesia has no state religion; the national ideology, established in 1945, is called pancasila (the five principles), and officially there is full equality between religions. The five approved religious communities are Islam, Protestantism, Catholicism, Hinduism and Buddhism. 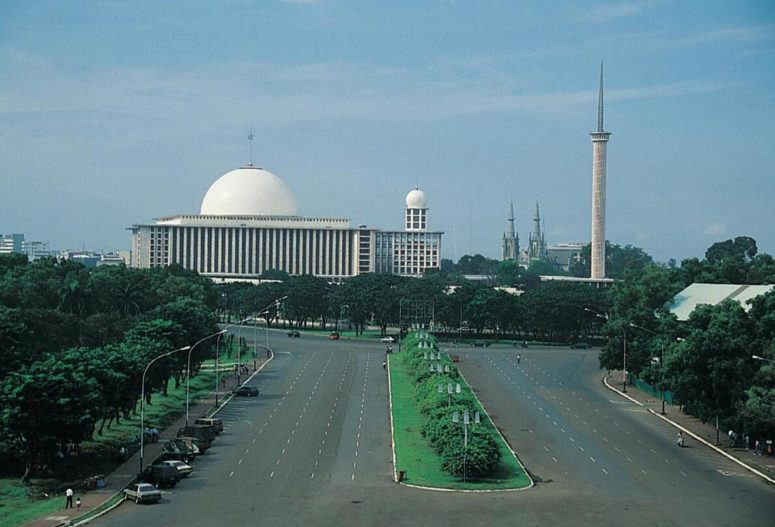 Nearly 90% of the country’s population is Muslims, and the country has a number of large mosques. Jakarta National Mosque is considered one of the finest.

The majority are Sunni Muslims and belong to the Shafii school (one of the four Sunni Muslim law schools). Islam has its core areas in North and West Sumatra, Java and South Sulawesi. The country was gradually Islamized through missionary activity and trade, never through military conquests such as in the Middle East and India. Most of the missionaries came from India, but also from the Arabian Peninsula, and Islamization accelerated in the 13th and 13th centuries. In the 18th century, Sumatra and Java were virtually Islamized; Islam in Java was particularly influenced by Hindu thoughts and practices. Throughout history, Sufi fraternity has played an important role in the spread of Islam and several fraternities are still influential.

From the 19th century, contact with the rest of the Muslim world was strengthened. This contributed to conflicts between strict and law-oriented Islam and local Islam interpretations and syncretistic practices. This debate also characterizes today’s situation.

In the 20th century and later, Islam has played an important role in Indonesian politics; the first major Islamic parties were founded before 1950. After World War II, Islam became an important political ferment. National independence, new educational opportunities, improved communication and, not least, money from the Middle East, contributed to a new Islamic consciousness. In the 1970s and 1980s, radical Islamist groups began to assert themselves with claims of Islam as state religion and Islamic law as the basis of the country’s judiciary. During President Suharto (1967-98), the authorities severely cracked down on all public criticism of Pancasila and all opposition on religious grounds. However, in recent years, the authorities have initiated a certain cooperation with Muslim political groups, which today plays an important role in the country’s political life.