Coronavirus: What is the situation like in Central Asia and Uzbekistan?

The WHO offers an overview of the current situation on its website, which lists all countries including Uzbekistan. However, there are increasing reports that the infection numbers in the country could be glossed over and the government is failing to contain the pandemic.

As the Foreign Office announced in its “Travel and Security Advice”, since January 15, 2019, German citizens no longer need a visa for a stay of up to 30 days. According to information from the Uzbek embassy in Berlin, this applies regardless of the purpose of the trip. For a longer stay, a visa must be applied for at the responsible Uzbek diplomatic mission abroad.

This very positive development is then massively counteracted in typical Soviet-Uzbek style: Instead of looking forward to the cultural treasures of this country, foreigners (except for diplomats) have to stay longer than 3 days, i.e. within 72 hours that are not in live in a hotel and are registered there, register with the OWiR (registration office for foreign citizens) of the respective city district and examine the still existing Soviet “authority culture” in its purest form. Registration must be completed within three working days(Excluding weekends and public holidays) after arrival (border stamp with date in passport). Without this registration receipt you will not get any flight or ticket for trips inland and you will have ENORMOUS difficulties during your stay (you are harassed by the local police) and when you leave the country. Supposedly these stringent regulations have been recently from the law deleted. Nevertheless, it is advisable to inquire about it on site.

Individual travelers have a hard time in view of the strict residence regulations: If a registration is missing when leaving the country or one of the usual controls, e.g. when moving into a hotel, there is a risk of immediate expulsion along with a corresponding stamp in the passport (future trips to Uzbekistan prohibited) and the entry in a corresponding database. The Federal Foreign Office always offers up-to-date entry and residence regulations for German citizens (for more information, see the ” Leaflet on the entry and residence of German citizens to / in Uzbekistan”). From August 5, 2013, foreign citizens will be allowed to purchase their flight tickets in Uzbekistan for trips outside the country exclusively for “hard currencies”.

There are more and more cases in which foreign visitors have to reckon with a procedure if they did not declare the psychotropic drugs and tranquilizers carried in their first-aid kit when they entered the country. This also applies to over-the-counter drugs that are considered harmless in the West and have a calming and anxiety-relieving effect. Until the violation has been clarified, “delinquents” are arrested, often for several days or even weeks! If your doctor has prescribed psychotropic drugs or sedative medication for you, it is best to carry the appropriate prescriptions with you in addition to the declaration and only have the usual quantities of the respective drug with you (more detailed information on this in the information sheet “The shipment of medicines for personal use when entering Uzbekistan”).

The infrastructure is still poorly developed. A motorway from Nukus and Khorezm via Tashkent into the Fergana Valley is to connect all of the country’s important centers in the medium term. The total length of the rail network in 2018 was 4,642 kilometers of the rail network (1,684 of which were electrified). With the train all four CIS neighbors and Europe to achieve. Since 2001 there has been a new railway line from the center of the country to the northwest. The Tashkent metro, which has existed since 1977, has covered 39 km since 2001 (opening of a third line). 2002, there were 273 airports (27 with paved start and runway). According to ezinereligion, the national airline Uzbekistan Airways mainly flies within the CIS, but also offers long-haul flights e.g. B. to India and Germany, to Southeast Asia, the Middle East and the USA. Tashkent Airport is among the fourth worst airport in the world (2015). The double landlocked country Uzbekistan participates in the EU-supported Eurasian Transport Corridor (TRACECA) project to connect Central Asia and the Caucasus with Western Europe bypassing Russia.

If a tour company want a country in the departure to experience, there are for a wealth of opportunities and German and local suppliers (incl. Exotic and sometimes Kafkaesque experience.). While the government is making efforts to promote foreign tourism in Uzbekistan, it is doing little to remove structural barriers that make it impossible to make the country more competitive with other better-known destinations.

The situation in the country is calm. It can still be assumed that there is still a latent threat from radical groups operating in parts of Central Asia. The threat so far not directed against foreign tourists. To date there have been no cases of kidnapping. The real danger to life and limb comes from the Uzbek security authorities.

Liebestollen singles, whether heterosexual or homosexual, are strongly advised not to take casual acquaintances home with them, as the risk of falling victim to a robbery is particularly high, which happens again and again.

The Foreign Office points out in “Special Criminal Law Regulations” that homosexual acts by men are criminally forbidden and, according to the Criminal Code, punishable by imprisonment from three years of age, but are rarely brought to court in practice. The higher the risk of being blackmailed for it by the corrupt Uzbek police and / or the secret service. 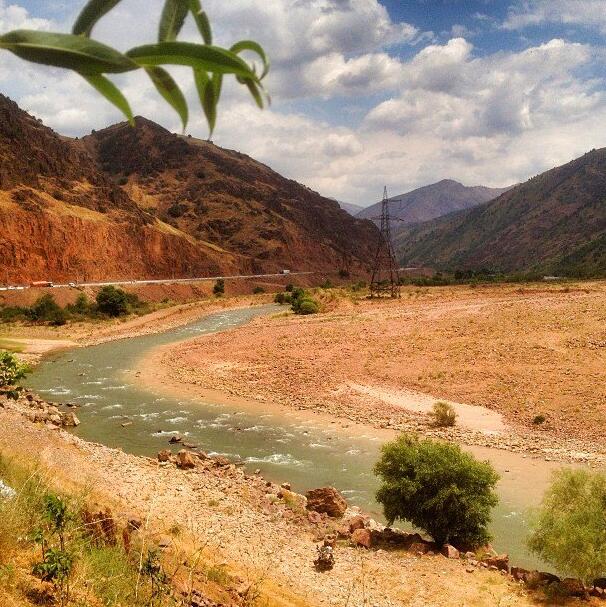