Even after the death of the first president, Uzbekistan pursues a very tentative economic reform policy. Privatization has only partially taken place, and important large companies are still in state hands. The President can intervene in economic processes with special permits and special regulations, which not only leads to uncertainty among foreign investors. Membership in the anti-terror coalition opened up new economic opportunities for Uzbekistan after September 11, 2001. In December 2001 it agreed a reform program with the IMF. However, its implementation is very slow. After long delays, at least the introduction of free convertibility was implemented on October 15, 2003, which was then quickly withdrawn again the next year.

Since 1994 the government of Uzbekistan has chosen a development path of the lowest possible foreign debt with at the same time, at least formally and legally, favorable framework conditions for foreign investors. The following article presents the individual government measures and their consequences for the period up to 2010. An assessment of the last few years is not possible due to the problematic data situation. As a result, there are successes, but also various problems, in particular a lack of confidence on the part of foreign investors and domestic savers and, against this background, pleads for a liberalization of the still restrictively controlled foreign exchange market.

Regarding the situation in the area of SMEs: According to ehealthfacts, Uzbekistan has the prerequisites for successful economic development due to its political stability, its wealth of raw materials and its well-qualified population as well as its adequate infrastructure. However, this is prevented by the restrictive government policy. There are considerable deficits, particularly in the transition from a planned to a market economy. The government continues to exert a significant influence on the economy. There is therefore a lack of comprehensive adaptation of state and private companies to the competitive conditions of the market economy.

Labor migration: The regime-driven exploitation of resources produces a phenomenon of the “superfluous” population. The regime members and their companies provide jobs for a numerically small group of citizens who are directly employed in the field of resource extraction and or those who provide services in this connection. Most of the rest should see for themselves how they get by, that is, they have to live from hand to mouth. Or, as the Uzbeks put this picture even more drastically: feed on their own dental plaque. This leads to massive labor migration from Uzbeks to Kazakhstan, Russia and Turkey or to radicalize those who remain in Uzbekistan.

Since 2015, however, the situation for Uzbek migrant workers has been worsening: Russia, as a natural gas and oil producer, has been particularly hard hit by the global recession, Western sanctions and the ailing economy in China. The crisis has a direct impact on labor migration from Central Asia.

Domestic and foreign trade: Trade and small and medium-sized enterprises are underdeveloped and are constantly harassed by the central and local authorities with new taxes and duties, restrictions, bans, pervasive corruption and obstacles to border traffic. In the meantime, corruption is becoming a massive nationwide source of danger that even those in power can no longer ignore.

Since the end of the 1990’s, Uzbekistan has made a name for itself primarily through economic isolation. Drastic import restrictions are intended to force the population to only buy goods from national production. In this connection there were among other things strikes by the bazaar traders. The border trade, which eased somewhat after the Andijan uprising, is again exposed to restrictions. It is still questionable whether the country will open up economically under the new president. According to current statistics, Russia, Kazakhstan, China and Turkey are among the most important trading partners. The prominent position of Switzerland in the structure of foreign trade of Uzbekistan is through gold exports to explain.

Trade with Germany: According to the Federal Foreign Office, Germany ranked 6th among the country’s trading partners in 2017 according to Uzbek statistics with a share of 2.3% in total foreign trade – after China (18.5%), Russia (17.9%), Kazakhstan (7th, 7%), Turkey (5.7%) and South Korea (5.1%) (source: Uzbek statistics 2017: stat.uz). The most important German export goods are machines, motor vehicles and motor vehicle parts as well as pharmaceuticals. The bilateral trade volume in 2017 was around € 606 million (source: Federal Statistical Office), an increase of more than 30% compared to the previous year. There are signs of a further increase in trade in the first half of 2018. The interest of German companies in Uzbekistan have so far focused primarily on trade and less on direct investment. This reluctance is understandable, because the usb. In the past, elites have often gutted German companies like a Christmas goose. During his first visit in Germany on 19-22.01.19 the German side wants the Uzbek President before these and other tough questions spared.

The Uzbek government is trying to improve the investment climate, but problems persist. Uzbekistan introduced conversion in 2003, but profits generated in Uzbekistan can only be converted into convertible currencies with a long delay. A number of trade barriers prevent the full potential of trade opportunities with Uzbekistan from being realized. 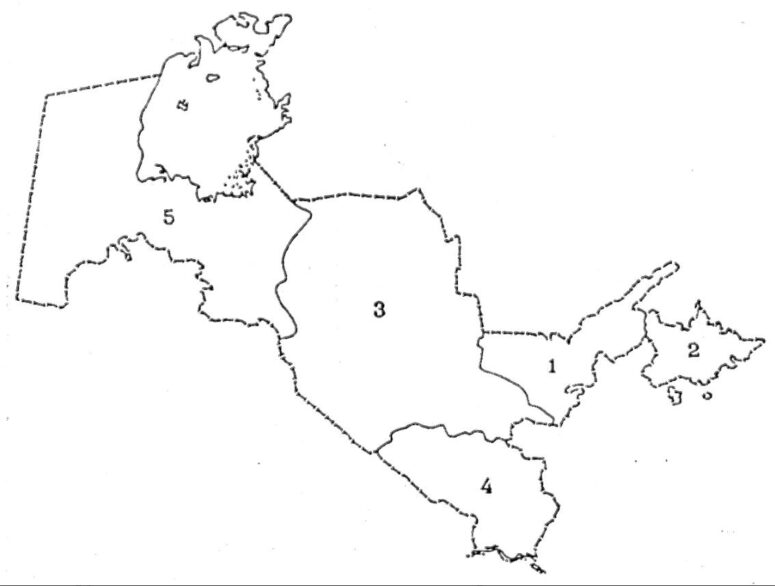