According to extrareference, Uzbekistan is located in the heart of Central Asia (fr. Central Asia) between Syr-Darja and Amu-Darja, the largest rivers in this area. It is bordered by Kazakhstan to the north and north-west, Kyrgyzstan to the north-east, Tajikistan to the east and south-east, Turkmenistan to the south- west, and Afghanistan to the south. The area of the country is 448 900 km². The country stretches 930 km from north to south and 1,425 km from west to east. The total length of its borders is 6 221 km. Uzbekistan is the key country for the Central Asian region because of its geography and this is by no means an exaggeration, because in the event of a conflict the government in Tashkent could initiate destabilizing “disruptive measures” against any neighboring country, as has been shown in recent years.

Gender Inequality Index: Calculation according to UNDP not possible

A radical change in the position of women through economic independence was achieved in the Soviet era through inclusion in “social production”, educational offensives and criticism of patriarchal relations of rule. Certain professions (health and education) were very strongly feminized, because they made it possible to combine Soviet emancipation with the traditional role of women in Uzbek society. In accordance with the ideological guidelines, the participation of women in social organizations, local self-government and representative bodies was promoted. Co-education, employment outside the home and the presence of women in public spaces supported the trend towards the abolition of gender segregation. However, it persists in details that are invisible to the “untrained eye” and in certain areas (festivals, religious rites, family life, interactions between the sexes, arranged marriages); in rural areas, men’s and women’s worlds are more separated. After independence, the gender segregation increased again, also because the government endeavors to reduce social activities by women to traditional roles and thus to create an overall protest potential from society.

A small headscarf is common in the country and in more conservative classes. The literacy rate of the female population in 1990 was almost 100%. Uzbekistan has continued to enshrine gender equality in its new constitution. Labor and social protection provisions for female employees, including pregnant women and mothers, have largely been retained, but often only on paper. There are now indications that the Uzbek government is running a secret program of forced sterilization of women.

However, the social upheaval has destroyed numerous women’s jobs. As in other transition countries, a so-called feminization of poverty can be observed in Uzbekistan. One consequence of poverty is an increase in prostitution, trafficking in women, participation in drug smuggling and an increase in domestic violence. There is no law against domestic violence, nor do numerous doctors refuse to medically examine or substantiate cases of domestic violence. Overall, women’s rights are poorly protected. The position of women in Uzbek society leaves much to be desired, as the women’s activists report.

Since 1991 women have been in much less extent represented in politics and government. The state women’s committee continues to exist and a large number of independent women’s initiatives have emerged. A so-called retraditionalization can be observed particularly in impoverished social classes. It is feared that positive changes from the Soviet period will gradually be reversed. Official models for women and public discourse fluctuate between the propagation of employment, economic independence and more conservative stereotypes that emphasize family and reproductive roles (based on: B. Heuer, Geschlechtdifferenz, in: M.-C. v. Gumppenberg and U. Steinbach (Ed.): Central Asia. History. Politics. Economy. Ein Lexikon, Munich 2004, 92-96).

The Last of Virginity (2009), Part I: Uzbek filmmaker Umida Ahmedova shot this gripping documentary with her husband Oleg Karpov, in which she portrays the dangerous myth of virginity in Uzbek society (in Russian, with German subtitles, part II, part III, please click on the lower right corner to view in full screen mode):

Uzbekistan is a very young country, because around 10.4 million people, which corresponds to almost 40% of the total population, are under 18 years of age. Around 17 million people, i.e. around 65% of the population, are under 30 years of age and so the average age is only 28.6 years (as of 2018). The population of Uzbekistan consists of over 100 peoples, of which 71% Uzbeks, 5.1% Russians, 5% Tajiks, 4.1% Karakalpaks, 3.2% Kazakhs, 2.7% Crimean Tatars, 2.5 % according to official figures % Koreans. The smaller minorities include Turkmen, Uyghurs and Azerbaijanis, Central Asian gypsy groups (for an explanation of the term, see the interview with the Central Asian scholar Olaf Günther), Jews (details on the latter in the film “Praying and Living” in Uzbekistan), Germans. There are also many stateless people whose problems and needs are not noticed by the government.

Although no official Russian language, it is this an impressive comeback succeeded partly because of labor migration of Uzbeks to Russia, partly through the turn of the new leadership of the country to Russia. 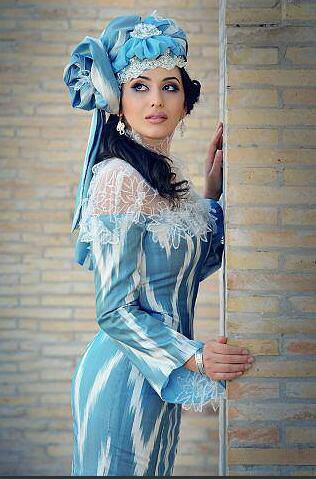