The Uzbeks are great “decipherers” and will notice it immediately! That would be an affront to your guests and consequently not conducive to your tasks and goals in the country. And please do not forget that the Uzbeks enjoy a quasi holy status. In this case it says: “Caught up – hung up!” The Uzbeks would not put undue strain on your hospitality.

You can still send a polite signal to leave the Uzbek way by serving a cup of tea. The Uzbek guests usually don’t leave individually, but all together. A request to do so almost always comes from the “alpha animal”, ie the oldest respected person who sounds like a command to everyone present: “Khosh, turdik!” (German: “Come on, we’re leaving!”). It would be very appropriate on your part to try to hold up your guests by forcefully asking them to stay a little longer (“The evening is still young! Tomorrow is Sunday! Etc”). But be sure: none of the Uzbek guests would respond to your request.

From an Uzbek perspective, the Germans are too direct. The tendency of the Germans to express opinions and criticism bluntly and regardless of all circumstances can poison the climate considerably – the Uzbeks fall almost dead! A clear no is seen as an affront. Often there is no clear no among the Uzbeks; Europeans would do well to read between the lines and to draw approximately correct conclusions from the context. Anyone who impatiently insists on efficiency in Uzbekistan earns incomprehension. Criticism, especially public, should almost always be done through the flower; in Uzbekistan the cautious hint rules. And as in many countries, the boss has the say – as the sole decision maker at the top.

If you have no political assignment in Uzbekistan and no politically “suspicious” acquaintances on site, the Uzbek secret service will hardly be interested in you and your activities. However, you should note that representatives of such professions as taxi drivers (including unofficial ones), hairdressers, waiters, money changers, etc. recruited by the secret service to report “suspicious” people. So z. For example, a taxi driver often reports which “suspicious” (especially foreign) passenger he has taken and where he was going, why this passenger was in Tashkent / Samarkand / Bukhara etc., what the passenger said and asked. You are therefore often “mistreated” with a long and detailed catalog of questions when traveling with local taxi drivers. In this case you do not have to give any answers, you can answer calmly that you are tired and would rather complete your journey in silence. You should take note of such situations with calm blood, but without falling into paranoia. 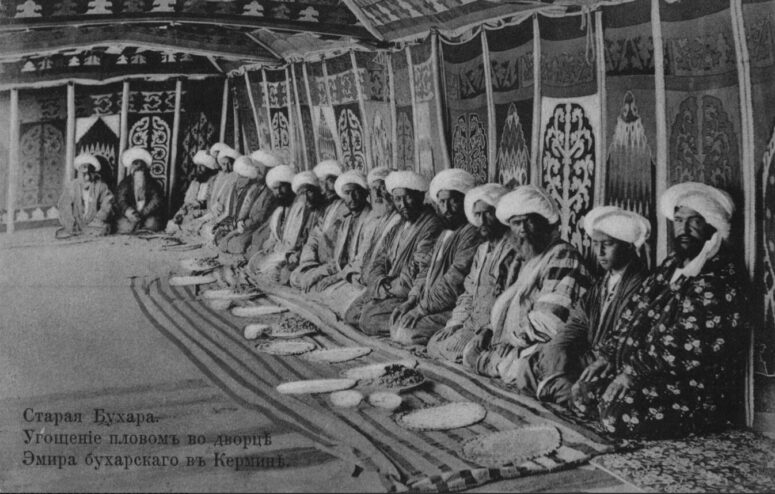 According to homosociety, Uzbekistan is a society where parents and in-laws are always welcomed, and even small children very often. “You can say you to me” is not easy in Uzbekistan. The following rules apply: 1) all elderly people regardless of social status, 2) unknown people of all ages and 3) all women are generally accepted. The “you” is very personal and in some situations can often be perceived as an insult. A quick transition to “you” is only possible with local staff who are familiar with German culture.

If you are head of an Uzbek partner organization or have a managerial / advisory function there, in your own interest you should not offer your Uzbek colleagues the “you” too quickly and carefully balance the use of the “you” salutation. The “you” creates a necessary distance and gives your instructions and recommendations additional strength. It would be advisable if most of your colleagues would address you as “Ms. / Mr. anyway”

As everywhere in the world, women in Uzbekistan are often exposed to machismo and sexual harassment by men. If you work as a woman in Uzbekistan or live as an accompanying person, it is sometimes helpful to know the Uzbek image of the “civilized” woman in order to apply it in certain situations, even if your European nature would strongly rebel against it. One such situation is when you are alone in a group of men, especially in the province or on ritual occasions. In Uzbek society it is expected of the “civil” woman that she does not commit any improperity with her head, hands, or feet, that she steps forward slightly leaning forward and before any improper gesture, body, Beware of head or arm movement. Her gaze should avoid everything except for the spot where she wants to set foot, especially if she happens to pass a group of men. There should be no direct eye contact between women and men.

The traditional society in Uzbekistan is a decidedly “seated” one: You hardly ever meet groups of people standing around, let alone drinking and / or eating while standing; enjoy sitting around almost any occasion (except for prayer or political gatherings). Although people are familiar with the standing reception from various official events, especially in foreign embassies, they find it extremely uncomfortable, even strange, in the private sphere. When receiving Uzbek guests at home, it is advisable to ensure that there is enough seating.