Mirziyoyev met his patron’s worst adversary, Tajik President Emomali Rachmon, on the sidelines of the US Islamic summit in the Saudi capital Riyadh. A photo distributed afterwards shows both presidents laughing hand in hand sitting next to each other on a sofa. An image that was unimaginable during Karimov’s time. A “historic visit” in Dushanbe then paid Mirziyoyev off in March 2018 which for further relaxation between Uzbekistan and Tajikistan contributed. As a concrete result of all these meetings, Uzbekistan provides a kind of development aid in the troubled south of Kyrgyzstan, actively participates in the so-called business forum in Dushanbe and the new “friendship” with Turkmenistan is intended to bring new regional energy deals and infrastructure projects to life. At the beginning of 2020 the Uzbek-Tajik border, which had been mined for decades, was completely cleared of the mines. The policy of “zero problems with neighbors” closes slowly even such a pariah state like Iran.

Turning to Russia? Unlike Karimov Mirsijojew seems to be no anti-Russian to harbor resentment, he is the opposite to be extremely pro-Russian. Not least thanks to the fact that the secret service operating in the background and still strong is “collegially” connected to Putin. During his visit to Moscow at the beginning of April 2017, Mirsiyoyev was able to reach an agreement with his Russian counterpart on all issues. In concrete terms, this meant that 55 new agreements with a total volume of 16 billion US dollars were signed between Uzbekistan and Russia. For 2017 alone, Mirziyoyev committed to trading volume with Russia to increase from 4 to 5 billion US dollars (without specifying how this is to be achieved). In addition, the new president ordered import tariffs on Russian production (cars, steel production, food, building materials) to either sharply cut or even abolish. For the first time in the history of post-Soviet Uzbekistan, Russian companies have received orders to build turnkey industrial plants in the country. Of course, Gazprom was also given consideration: the Russian energy giant will have direct access to the largest gas reserves in Karakalpakstan and will be directly involved in gas exploration and production there for the first time. With Russian know-how to the first nuclear power plant in Uzbekistan built are. That cost almost ten billion euros. The project (a power plant with two Russian pressurized water reactors, each with an output of 1200 megawatts) is to be built on Lake Tudakul near Bukhara. This location was chosen because uranium is mined there. Russia is “gently” pushing Uzbekistan into the Eurasian Economic Union. According to recent reports, President Mirziyoyev has made the decision to approach or join this alliance.

Relations with the west. Thanks to its strategic location, Uzbekistan played an important role in the US fight against the Taliban in Afghanistan after September 11, 2001. Due to its close proximity to Afghanistan, Uzbekistan, like all of Central Asia, is also hard hit by the drug industry there. However, relations between Washington and Tashkent have deteriorated since the Andizhan riots in mid-May 2005. The US government had condemned the actions of the security forces against demonstrators in this city. At the end of July 2005, the Uzbek government decided to close the strategically important American base in the south of the country. Internationally closed, searched the usb. Leadership support in Russia. In November 2005, a Russian-Uzbek contract was even signed which, among other things, stipulates that the contracting parties should give each other support in the event of aggression. According to computergees, a slight thaw in relations between Uzbekistan and the USA began with a visit by US Admiral William Fallon in early 2008 and has since intensified with a visit by US Secretary of State John Kerry in early November 2015. This visit suggests changes in Uzbekistan’s foreign policy. However, the regime rates its stability higher than economic integration with the region and the former post-Soviet space.

With his visit to Washington, which took place in early May 2018, Mirziyoyev endeavors to repair Uzbek-American relations or to open a new chapter and thus possibly create a counterweight to China and Russia. Whether he will succeed in this is currently still questionable. There are well-founded fears that the future of Uzbekistan could be ” pro-Russian “.

At the beginning of February 2020, a regional policy meeting at Foreign Minister level took place in Tashkent, at which the US Secretary of State Mike Pompeo presented the US’s new Central Asia strategy. The choice of Tashkent for this meeting was not accidental: Uzbekistan is still seen as a potential bulwark against restoration tendencies emanating from Russia in the post-Soviet space. Accordingly, Uzbekistan was praised for its “progress” in the area of ​​human rights.

“Dispute” about Samarkand & Bukhara. In order to divert attention from the core problems of Uzbek-Tajik relations (water, transport issues, security, etc.), the Tajik President Imomali Rachmon tried again and again to raise territorial claims on the old urban centers of Central Asia, Samarkand and Bukhara, which are now in Uzbek territory lie: “We would bring the two cities back!” He explained at a press conference in Dushanbe in 2009 what was condemned as a dangerous game of fire in Tajikistan as well as in Uzbekistan and other CIS countries. With the death of his worst adversary Islam Karimov in 2016, Imomali Rachmon only moderated his tone accordingly and after the surprising thawin relations with Uzbekistan under its new President Mirziyoyev, for the time being, completely renounced the conscious demands. We leave the reference to this smoldering problem here, however, as it keeps cropping up depending on the weather between Tashkent and Dushanbe. 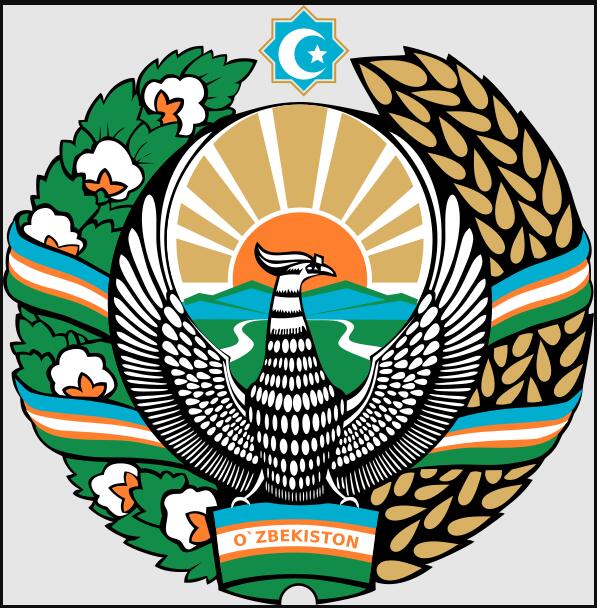