The political system: Uzbekistan gained independence in 1991. In 1992 a democratic constitution was introduced that guarantees respect for human rights, the separation of powers and other things. However, Uzbekistan remains a dysfunctional entity in which opposition parties are still banned and where freedom of assembly and expression do not even exist. In other words: after independence, no state could establish itself here according to the OECD model. Uzbekistan is today an authoritarian presidential republic, more precisely a dictatorship. The position of the president within the power apparatus is dominant, Separation of powers, institutions, rules only exist formally. The president is regarded as the father of the nation as well as the guarantor of the country’s stability and security and rules it through decrees. He is also the chairman of the Cabinet of Ministers, which consists of the Prime Minister, the Deputy Prime Minister, the Ministers, the chairmen of state committees and other state organs. The chairman of the Council of Ministers of the Autonomous Republic of Karakalpakstan also belongs to the Cabinet of Ministers. The President appoints and dismisses the Prime Minister, the Deputy Ministers, the members of the Constitutional Court and the Supreme Court, the Chairman of the Board of Directors of the Central Bank and the governors of the regional administrations. He is Supreme Commander of the Armed Forces.

In the past, separatist tendencies could only be observed in the Autonomous Republic of Karakalpakstan. When the disintegration of the USSR was announced and took place quickly, some politicians in Karakalpakstan also pleaded for the sovereignty of their autonomous region and demanded independence – also from Uzbekistan. But President Karimov made very clear that secession Karakalpakstan will not be tolerated by Uzbekistan.

The parliament. The members of the bicameral parliament (consisting of the lower chamber Oliy Majlis (German: “High Chamber”), also the legislative chamber, see Bundestag, with 150 deputies and the upper chamber – Senate, territorial representation, see Bundesrat, with 100 senators) are Representatives of parties close to the government and the administration. The parliamentary elections held at the end of 2019 – early 2020 were praised by international observers, but the elections themselves remained an electoral farce staged by the authoritarian regime: the newly elected parliament can only debate, but not rule. There was none changes compared to the elections under President Karimov. The opposition parties were not allowed to vote.

” Electoral procedure” in every parliamentary election: Nobody, even under the new president, can only run for elections if the president or his administration does not approve of him. It works: none of the 150 MPs has dared to say a critical word about the president’s policy in the past five years. Others also report the handicap in admitting independent candidates. In December 2008, the Uzbek Senate approved a change in the law that would abolish the possibility of nominating non-party candidates through initiative groups.

Shavkat Mirziyoyev: “Elected” President and establishment of a “Triumvirate”

President Karimov had been clinically dead since the night of August 28th to 29th, 2016 as a result of a stroke. On September 3, 2016, he was solemnly buried in a historic cemetery in his hometown of Samarkand. According to cheeroutdoor, the Uzbek government had 120 graves leveled to build his final resting place. Karimov’s contradicting legacy will preoccupy the country and the Central Asian region for decades.

Prime Minister Shavkat Mirziyoyev was “elected” as interim president on September 8, 2016 at a joint session of the two chambers of the Uzbek parliament. His “choice” represents a clear violation of the lawbecause the Uzbek constitution (Article 96) provides that in the event of the death, resignation or incapacity of the President, the Chairman of the Senate (Upper Chamber) automatically becomes the Interim President. The current chairman of the Senate, Nigmatulla Yuldoshev, is said to have voluntarily withdrawn his candidacy. In this case, the Senate would have to elect a new chairman and confirm him as interim president. In the run-up to the presidential elections, which took place on December 4, 2016 (see below), Mirziyoyev issued a mass amnesty for prisoners, but this does not apply to political prisoners.

According to some reports, after Karimov’s death there was an informal division of power in the context of a temporary “triumvirate”, which, alongside Mirziyoyev, Rustam Azimov, first deputy. Prime Minister, and Rustam Inoyatov, head of the Uzbek secret service (SNB). The tweets from Gulnara Karimova, the eldest daughter of the late president, provide a glimpse into the internal power struggles. In mid-2017 President Mirziyoyev first dismissed Rustam Azimov, who was considered reform-oriented and pro-Western in Western circles (why actually?), From the government, then at the end of January 2018 a “Face-saving “removal of Rustam Inoyatov from his post as head of the intelligence service. Inoyatov has been appointed presidential advisor on political and legal issues. He is flanked by two deputies loyal to the president, which is a novelty in Uzbek politics. But the secret service remains the same strongest internal threat to Mirziyoyev, as shown by the conviction of Ikhtiyor Abdullayev, who could only hold his post as head of the secret service for a year.

However, one should be very careful with reports about this internal power struggle, some of which are euphoric, in which Mirziyoyev is stylized as a reform-oriented little David against various evil Goliaths. Even the NZZ, which is rightly praised and famous for its depth, confuses the timid elimination of particularly extreme excesses of a dictatorial government with real reforms that still fail to materialize.

The often expressed hope for a long-term development of Uzbekistan, one of the most corrupt countries in the world, – away from an encrusted “oriental despotism” stuck in an economic impasse towards an authoritarianism that modernizes the economy as in Southeast Asia in the 1980’s and 1990’s 20th century – seems unrealistic. As the Science and Politics Foundation writes in its analysis, Mirziyoyev’s political plan is now clearly emerging: the transformation of the regime into a “new” authoritarianism that does not respond to the challenges of economic and cultural globalization isolation responds, but with a controlled opening through privatization and a strengthening of foreign trade. 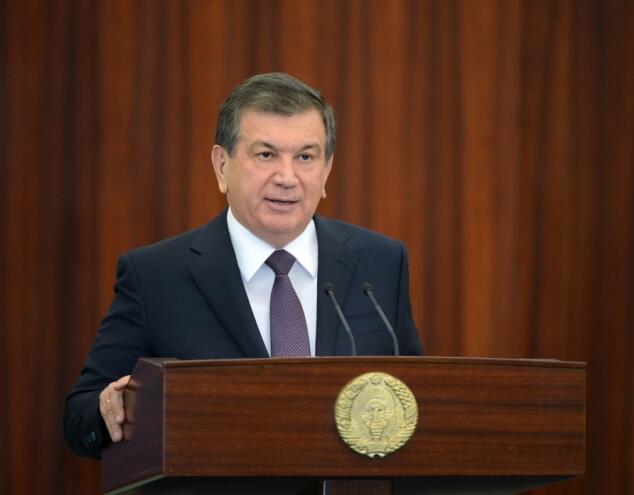