In 1996 a new law on political parties was passed in Uzbekistan. The minimum number of members was set at 5,000. Since February 2004, 20,000 signatures are required to register a party. The establishment of parties on an ethnic or religious basis is prohibited. The main “party” is the Xalq Demokratik Partiyasi (People’s Democratic Party), which emerged from the former Communist Party. She has the majority of the seats in parliament. Other pro -government parties in parliament are Adolat (Justice), founded in 1995, Milliy Tiklanish (National Rebirth), founded in 1995 and Fidokorlar (The Self-Sacrifice), founded in 1999, which has been incorporated by Milliy Tiklanish since 2008. In April 2000 the Vatan Taraqiyoti (Progress of the Fatherland) party, founded in 1992, merged with Fidokorlar. The most recent re-establishment is the Liberal Democratic Party of Uzbekistan (Oʻzlidep), founded in 2003. The establishment of pro-government parties maintains the facade of the multi-party system. In fact, there are currently no approved extra-parliamentary opposition parties in Uzbekistan. Illegal opposition parties and movements include Birlik (unity), founded in 1988, Erk (justice), founded in 1990 as a split from Birlik and Serquyosh O’zbekistonim (Sunshine Uzbekistan), founded in 2005. The chairman of the party Erk and Einziger Opposing candidate in the 1991 presidential election, Muhammad Salih, has lived in exile since 1993.

Andijan uprising in May 2005

On May 12/13, 2005, the population of Andizhan in the Fergana Valley rose against the policies of President Karimov’s government. It was triggered by a lawsuit against 23 local business people whose small businesses offer some of the scarce work and income opportunities in the region. They were accused of being members of a splinter group of the Islamic Hezb-ut-Tahrir. Several participants were arrested by security forces during demonstrations against the process. Protesters then stormed the local prison and freed hundreds of prisoners. The government continued on May 13. Security forces who crushed the uprising with massive use of force. According to government information 169 people were killed, including 32 security guards. Human rights organizations, on the other hand, spoke of 500 to 1000 dead among the largely unarmed demonstrators. Even some members of the government commission spoke of “a high number of victims” in their later interviews. In other cities in the Fergana Valley, for example in Kara Suu on the Kyrgyz border, there were also protests or riots. President Karimov once again accused internationally active Islamist terrorists of organizing the uprising and rejected an investigation requested by the UN, the EU and the USA. In June 2005, Human Rights Watch called it a “massacre” after questioning more than 50 eyewitnesses.

The reaction of the West was quite different, also within the leadership of the USA at the time and within the EU, as the following reports illustrate:

Ten years after Andizhan: Reconstruction of a massacre: In Uzbekistan, hundreds died in a bloodbath by government troops in 2005. In cooperation with CORRECT! V, ZEIT reconstructs the massacre – with drawings and an eyewitness. Since the beginning of 2020, there have been increasing signs of a reassessment of events within the country’s political leadership.

In 1999 a law on the work of NGOs was passed in Uzbekistan. Of the approximately 556 (as of 01.01.2020) registered national non-governmental organizations in the country, around 10% are actually active. They are highly dependent on foreign funding. After the events in Andizhan, a wave of “voluntary” closings by NGOs began. Numerous foreign NGOs had to leave the country. The first foreign organizations are now returning : 29 branches of the international NGOs are active in Uzbekistan (as of December 2019). However, the road to licensing an NGO is still rocky and often frustrating for both domestic and international organizations. In 2020 a human rights organization became again approved. But the regime interferes directly in the approval process, but there are also far more subtle methods of making the NGO scene compliant, for example by engaging the president’s daughter in the non-government sector.

According to state information (as of January 1, 2015) there are 1,400 mass media in Uzbekistan, including 970 newspapers and magazines, over 100 electronic media (news agencies, television and radio studios, FM stations, etc.) and over 340 Internet media. According to commit4fitness, the situation of the media in Uzbekistan is nevertheless very difficult. Although state censorship was formally abolished in May 2002, independent journalists continue to face harassment and self-censorship is widespread. There is hardly any public criticism of government policy in the media. Live broadcasts on Uzbek television are forbidden, all programs are pre-recorded. The distribution system for newspapers and magazines is under state control. On the ranking of press freedom Uzbekistan is 2020 to place 156 of 180. In December 1997, a media law was passed, which regulates the powers and duties of journalists. In 1999 a decree was passed which forces all Internet providers to run their connections via a state server. Due to technical progress, some providers illegally circumvent this requirement.

Civil Society & Human Rights. The values postulated in the constitution of December 8, 1992, such as freedom of speech, assembly and religion, but also political pluralism, are not implemented in practice and are viewed as a threat to stability and internal security. Political opponents are persecuted and human rights violations are on the agenda. Even if the death penalty was abolished in Uzbekistan on January 1, 2008, disease, systematic torture and inhuman conditions in prisons will continue to ensure that political opponents are now eliminated “naturally”. Until 2016, the regime did not shy away from murdering opposition members abroad. It is notorious Jaslyk labor camp, where prisoners were held for political and religious reasons. It was only in autumn 2019 after 20 years’ operation ” closed.

On December 4, 2016, Interim President and Prime Minister Shavkat Mirziyoyev was “elected” as President. 88.61% of all voters voted for him. The ” elections ” were of the OSCE routinely for “neither free nor fair,” explains. With the new president, Uzbekistan is at a crossroads: would the rulers in Tashkent dare more “a controlled democracy ” or will everything stay the same ? 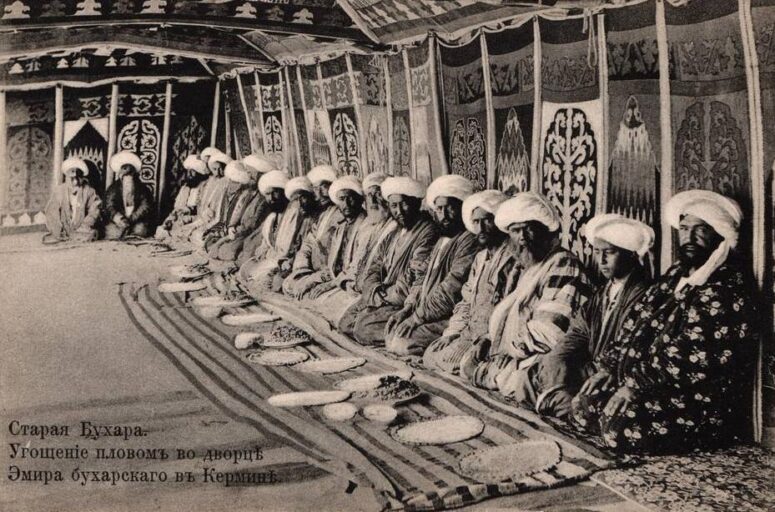