Indonesia’s history begins when the ancestors of the present Indonesians migrated into Indonesia from the Southeast Asian mainland from the 11th century BCE. In the centuries, possibly, Hindu kingdoms grew in Java and Sumatra. From the 13th century Islam became more prevalent in Indonesia and in the 1300s and 1400s became the dominant religion, while Hinduism remained in Bali.

The Southern Moluccas tried to break free from Indonesia in 1950, but the rebellion was turned down and many Moluccas fled to the Netherlands. There have also been separatist movements and riots on other islands. After military conquest and mediation in 1963, Indonesia was awarded the western part of New Guinea. Indonesia annexed East Timor after hard fighting in 1976.

In the 1990s, several groups strongly criticized the regime’s military policy. Indonesia during this decade was severely hit by the crisis in the Asian economy and riots came. In 1999, the first free elections since 1955 were held and in the same year East Timor became independent after a referendum. 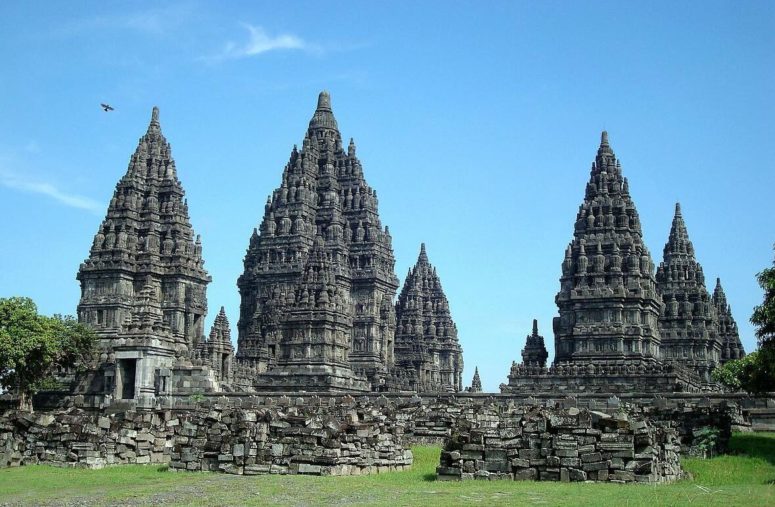 One knows a number of Hindu kingdoms from about the 400s CE. And beyond. The Shrivijaya kingdom (c. 680–1300) in southeast Sumatra was based on control of the trade route between India and China (the Malacca Strait). Another type of richer was based on the surplus of terrace production of rice. Their power center was located in Central Java and East Java. The largest of them, the Majapahit Kingdom (1300s), also had significant influence elsewhere in Indonesia.

Between 1300 and 1600, Islam spread in Indonesia, and Hinduism had to give way everywhere, except for Bali and Lombok. The most important export goods from Indonesia were spices from Maluku, which also reached Europe through several intermediaries.

In 1511, the Portuguese conquered Melaka, and in the following years reached Maluku in an attempt to secure a monopoly on the spice trade. They dominated in Indonesia until around 1600 when the Dutch took over. Trading Company The Dutch East India Company was formed in Amsterdam in 1602, and came to dominate all of Indonesia commercially and militarily throughout the century. But they had direct political power only on Java, Maluku and a few other points of support. In 1799 the company was dissolved and the State of the Netherlands took over all interests in Indonesia.

After a British interlude (1811-1816), the Dutch introduced a far more active colonial policy than before. Following an agreement with the United Kingdom (1824), they were given free hands to put all of Indonesia directly underneath them, and this happened through a long series of bloody wars throughout the 19th century. At the same time, they began to exploit Indonesia actively financially, first through the forced cultivation of export products, later (from 1870) by opening free access for private companies to utilize the natural resources of the country. The result was a major boom in many export industries, but it was of little concern to the Indonesians, who were retained in their traditional industries (especially rice cultivation) or had to work on the foreign-owned plantations on terms determined by the owners.

An administration was developed in which members of the local aristocracy were largely recruited as salaried employees, and thus a strong expansion of the school system was necessary. In these groups, Indonesian nationalism grew after 1900.

The time around and after the First World War was troubled: radical mass organizations emerged, including the Communist Party (PKI) in 1920. This was banned after a major uprising in West Sumatra and West Java was wiped out in 1926. Gradually, more moderate nationalist organizations were also banned and the leaders (including the later President Sukarno) held in prison. Only during the Japanese occupation (1942–1945) during World War II did these opportunities unfold and prepare the people for the coming independence.

During World War II, Indonesia was occupied by the Japanese from March 1942. They supported the Indonesian Nationalist Movement (PNI), which was formed in the 1920s. When Japan surrendered in August 1945, the nationalists seized power and proclaimed an Indonesian republic. Then followed four years of fighting, partly as a guerrilla war, while the Dutch tried to regain dominion.

In November 1949, the Netherlands transferred sovereignty, except over the western part of New Guinea. Under the agreement, the country was to be a federal state, Indonesia’s United States, in so-called loose union with the Netherlands. Sukarno became president. In August 1950, Indonesia was proclaimed a centralized republic, limiting the province’s autonomy. In fact, the Javanese Malay population had the dominant influence over the island’s many different peoples.

Indonesia stayed neutral in the Cold War between the great powers. Domestic policy was unstable and characterized by major economic problems and detachment attempts in the provinces. As early as 1950, the Southern Moluccas attempted to tear themselves apart; The uprising was fought after hard fighting and many Moluccans sought refuge in the Netherlands. 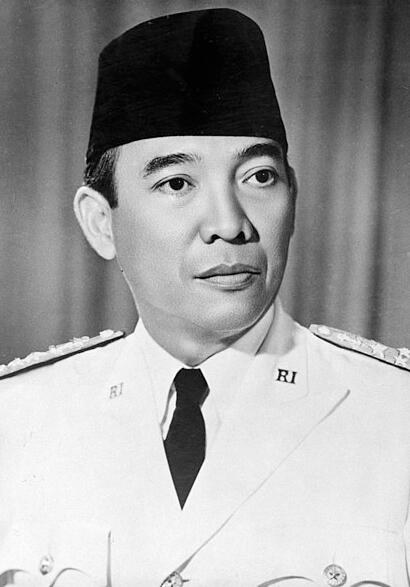 From 1957, opposition to the central government triggered military uprisings on Sumatra, Sulawesi and other islands; it was not until 1961 that peace was restored throughout the kingdom. The leading parties were Achmed Sukarno’s Nationalist Party (PNI), Communist Party (PKI) and the Muslim Party Masjumi. Contrary to the wishes of the army and the Muslims, Sukarno increasingly supported the Communists. After a period of coalition governments and parliamentary democracy, in 1957 Sukarno introduced a more authoritarian regime under the name of “led democracy”. The elected National Assembly was dissolved in 1960. Sukarno was completely dominant in his role as the nation’s leader and in 1963 was appointed president for life.

Indonesia’s claim to Irian Jaya (current Papua ) has long dominated foreign policy. The Netherlands aimed for this colony to become its own state and, in the 1950s, rejected Indonesia’s demands. The conflict led to the dissolution of the union between Indonesia and the Netherlands in 1956 ; in 1960, diplomatic relations were broken and in 1962 there were several armed clashes. Through the UN and US mediation, the Netherlands agreed to transfer the territory to Indonesia in 1963, on condition that a referendum would determine the final affiliation. This took place with very limited participation in 1969.

In the early 1960s, Sukarno sought to forge closer ties with China to support expansive political advances in Southeast Asia. In 1963, he initiated a confrontational policy with Malaysia, which resulted in word wars, trade barriers and armed clashes along the Borneo border. This policy culminated when Indonesia withdrew from the UN in 1965.

On September 30, 1965, a coup attempt with communist elements took place. The coup attempt was crushed by the army and followed by massacres of alleged communists. The massacres lasted for several months and were largely practiced by civilian Muslim activists. Assumptions over the number of deaths vary widely, from 80,000 to over 500,000. Several hundred thousand were arrested. The Communist Party was banned after the coup attempt. Sukarno’s role was unclear, but military leaders suspected him of involvement, and he was deposed in 1967. 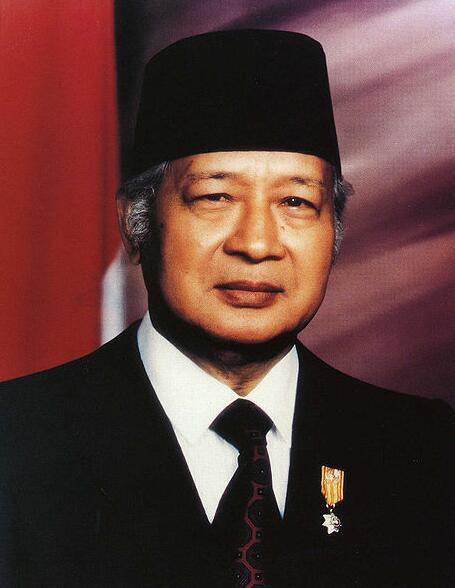 As part of “The New Order”, Suharto’s regime built up a peculiar mass movement Sekber Golkar (“The Joint Secretariat for Functional Groups”), a federation of many different professional and interest organizations. Golkar was officially designated as unpolitical, but acted as the regime’s foremost political tool, gathering around two-thirds of the vote during the 1971-1992 elections. The families of military and other public officials were also forced to vote for Golkar.

In 1973, the country’s five nationalist and Christian parties were forced to join forces in one party, Indonesia’s Democratic Party ( Partai Demokrasi Indonesia, PDI). Four Muslim parties were merged into the United Development Party ( Partai Persatuan Pemgagunan, PPP). The two opposition parties received a turnout of around 15 percent each. In 1993, PDI got a new leader, the late President Sukarno’s daughter, Megawati Sukarnoputri, who soon became the opposition’s central front figure.

In the 1990s, Suharto’s authoritarian politics became the subject of more open criticism from various social groups. However, political liberalization went very slowly. Suharto now focused more on winning the support of the Muslim population. A Muslim intellectual organization, founded in 1990, gained considerable influence. The leader of the organization, BJ Habibie, became one of the 1990s political figures.

According to a 1983 law, all political parties had to confess to the state- supporting ideology, pancasila, which is summed up in five formulated consensus principles : faith, humanism, national unity, democracy and social justice. The Pancasila ideology was defined as if the foundation for all social activities and all organizations had to build on this. The narrow framework of political activity was justified by the country’s conflicting past.

In 1998–1999, Indonesia was characterized by deep economic crisis and strong social and political turmoil. The country was particularly hard hit by the Asian financial crisis, which soon threw millions of Indonesians into unemployment and extreme poverty. The crisis prompted fierce protests in 1998, especially after Suharto was re-elected early in his sixth five-year term as president. In many places, bloody aggression was targeted at ethnic Chinese and their dominance in trade and industry.

Under pressure from the wave of protests, Suharto resigned in May 1998 after more than 30 years as Indonesia’s president. His loyal supporter, Vice President BJ Habibie, took over the presidency. Habibie’s complete turnaround in the battle for East Timor laid the groundwork for the area being freed from Indonesia in 1999.

In a East Timor referendum, 78.5 percent of voters voted for full independence from Indonesia. A pro-Indonesian militia did not accept the result and, together with units from the army, started terrorist attacks against the civilian population. Probably thousands of people were killed and the UN estimated that around 200,000 people fled their homes. Following strong international pressure, President Habibie agreed in September 1999 that an international peacekeeping force be sent to East Timor. In October, Indonesia’s top assembly decided that East Timor should be granted an independent state status.

The time after Suharto’s fall can be considered a democratic experiment of the largest format. The political landscape has changed dramatically. Developments since 1998 have been turbulent, but with significant progress in the democratization process. A number of political parties have emerged, a relatively outspoken press has emerged, and a revised constitution has given more room to the public.

A peaceful change of power with Habibie’s departure after the 1999 parliamentary elections marked the final end of the Suharto era.