Given the great migrations of Central Asia in ancient times, the territory that today constitutes Kyrgyzstan has been controlled by various Central Asian peoples for periods, including Mongols and Uighurs. The Kyrgyzstan people are believed to have come to the Tian Shan Mountains from areas further north around 200 BCE, but the first signs of human civilization in the area date from before the Stone Age.

In the 18th century, the Russians began to move further southeast into Central Asia, and the Kyrgyzstan came under Russian control towards the end of the 19th century. Some groups fought against Russian takeover of the area. There are still Kyrgyzstan settlements in China and the Afghan part of the Pamir Mountains, where the population is descended from families who fled Kyrgyzstan at this time.

Along with the other territories under Russian control, Kyrgyzstan became part of the Soviet Union after the Russian Revolution in 1917. Kyrgyzstan first had the status of an autonomous Soviet nation, but gained the status of a full Soviet Republic in 1936. The capital of the Republic was Frunze, named after the Bolshevik leader Mikhail Frunze.. Kyrgyzstan emerged as an independent state in the modern sense only after the collapse of the Soviet Union in 1991. The capital Frunze was renamed Bishkek. 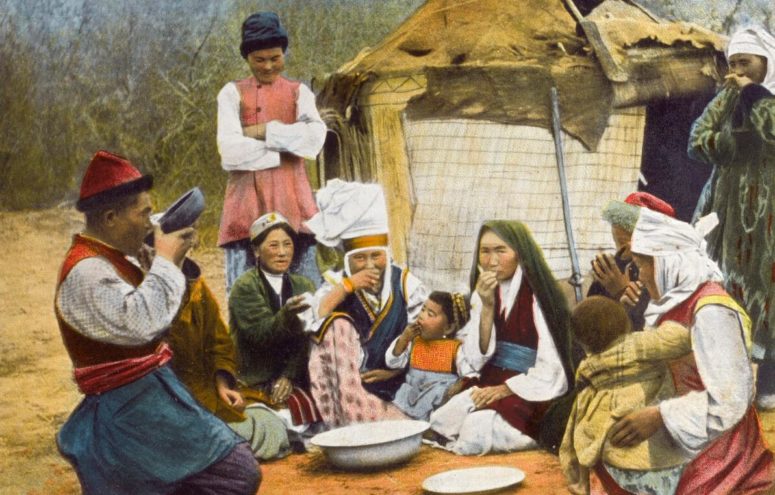 Colored photograph of a group of Kyrgyz people outside a herb, a traditional tent, circa 1900.

Kyrgyzstan’s first revolution took place in March 2005. The difficult economic situation in the country as well as corruption charges against President Askar Akajev and his immediate family were triggering factors as large crowds stormed the presidential palace in the capital Bishkek. Akajev and his family fled to Moscow, where they were offered political asylum. After the revolution, a new government was formed, led by Kurmanbek Bakijev. The revolution in 2005 is often referred to as the “Tulip Revolution” and is often put in the context of the so-called “Rose Revolution” in Georgia in 2003 and the “Orange Revolution” in Ukraine in 2004.

Kyrgyzstan’s second revolution took place on April 7, 2010 and is often referred to as the “April Revolution”. During the storming of the presidential palace in Bishkek, 87 people were killed, many of the snipers deployed on the roof of the building. President Kurmanbek Bakijev fled with his family to Belarus, where they were offered political asylum. An interim government was formed with Roza Otunbajeva as interim leader. Otunbajeva was considered a compromise between political factions in the country, and later became a formal president. She was Kyrgyzstan’s first female president.

On June 10, 2010, violent clashes broke out between ethnic Kyrgyzstan and Uzbekistan in the country’s second largest city, Osj. The violence also spread to the neighboring town of Jalalabad. During the first three days of clashes, around 420 people were killed and thousands more injured. The entire neighborhood was burned down. Hundreds of thousands of ethnic Uzbekistan fled across Uzbekistan during this period. The background to the conflict was very complex, among other things, the economic differences and distrust among the people groups in the unresolved situation just after the April Revolution.

Despite economic difficulties and political instability, Kyrgyzstan has emerged as a leader in democratic reform in Central Asia, a region that is also characterized by authoritarian regimes. Both presidential and parliamentary elections following the April Revolution were largely recognized as free and fair by observers from the Organization for Security and Cooperation in Europe (OSCE), which has not previously occurred in Central Asia. Former President Roza Otunbajeva is the first head of state in Central Asia to voluntarily resign as president after an election. While the media in other Central Asian republics are under pressure from the authorities, Kyrgyzstan media operate relatively freely. 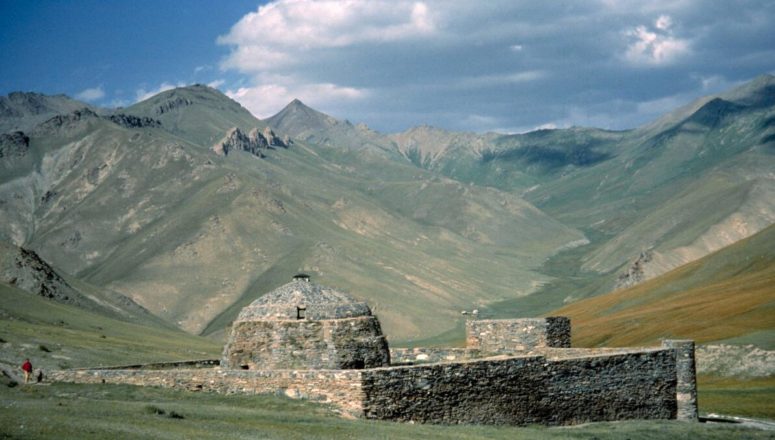 The last authentic, preserved caravan series on the Silk Road is located in Kyrgyzstan.

Kyrgyzstan is the only one of the Central Asian republics that has introduced visa freedom for Norwegian nationals and a number of other countries outside the former Soviet Union.