Especially in the densely populated islands of Java and Bali, the traditional arts are strongly influenced by Indian traditions. In the popular wayang puppet show, popular Hindu epics are performed in Java, which is predominantly Islamic today.

The Wayang stick puppet show was declared a World Heritage Site by UNESCO in 2003. Today the world cultural heritage also includes the Kris daggers, which are widespread in many regions of Indonesia and which are sometimes said to have magical powers, and the art of making batik. Numerous historical sites are also on the Indonesian UNESCO World Heritage List.

The art of ikat weaving has been brought to a particularly high level of perfection in eastern Indonesia.

Gamelan music is mainly native to Java and Bali. It is mostly based on a five or seven tone system. A full orchestra usually consists of 30 to 40 musicians who play various xylophones, drums, rattles, gongs and string instruments.

Dangdut music is very popular in Indonesia today. This style of music is a unique symbiosis of Malay, Middle Eastern and Western elements with Bollywood songs. Dangdut is regarded by many Indonesians as a music style of the lower class. The most popular representatives of this style of music include Inul Daratista and Rhoma Irama, the “King of Dangdut”. Keroncong music, on the other hand, tends to appeal to the middle and upper classes.

Hard rock music also has many friends in Indonesia. There are even some women metal bands that go on stage wearing a headscarf. The incumbent president is one of the avowed metal fans.

However, punk music is more of a niche existence.

Many contemporary Indonesian artists are also recognized internationally. Under the dictator Suharto, many of these artists committed themselves to democratization of the country, sometimes with drastic works.

Well-known musical personalities such as Iwan Fals were regarded under Suharto as important voices of the “little man” in the resistance against corruption and nepotism. He has been jailed several times for his lyrics.

The international attention paid to contemporary Indonesian art is also reflected in the fact that the Indonesian artist collective Ruangrupa will take over the artistic direction of the next Documenta in 2022.

The Indonesian cinema has with some newer works increasing international attention getting. 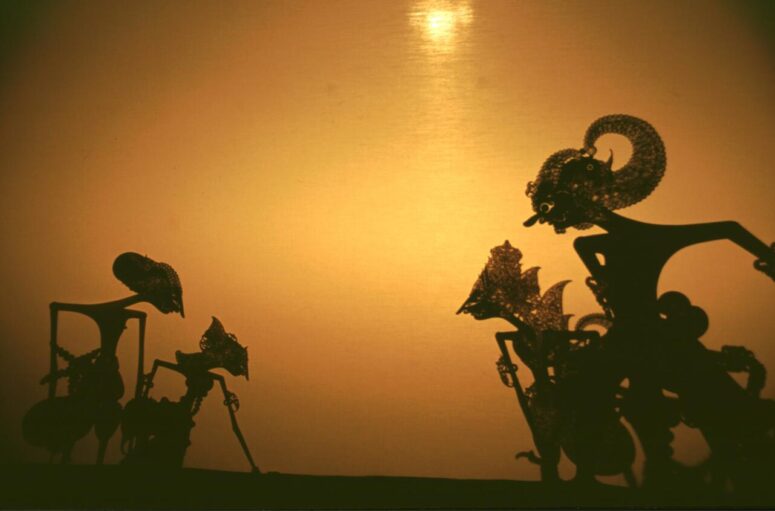 Prosperity, western influence and a youth culture that is often oriented towards it, but also the increasing importance of ‘Islamic values’ have led to a significant change in the last few decades. An improved education system, an improved school education and the increasing contact with the ‘outside world’ on the Internet result in a questioning of the old values. The loss of the extended family and the increasing spread of single-family households have brought about a reorientation in values and in the family.

The traditional ‘Adat’ systems, which saw the hierarchical structure of society as a necessary basis for human coexistence, are thus robbed of their basis.

However, modernity is not to be equated with a turn to Western values. Since the turn of the millennium, it has become increasingly popular among young people to dress Islamic and adopt Islamic values. Preachers like the popular Aa Gym preach a cosmopolitan, liberal Islam that is well received by many young people.

Outward signs of western modernity (e.g. cell phones, Facebook, clothing) are also gladly adopted. About 150 million Indonesians are on Facebook. The attempt often made by Western foreigners to infer the same associated values from signs of Western modernity, however, often goes wrong, for example with the use of Nazi symbols. This even applies to the punk scene that is widespread in Indonesian cities, which, however, is coming under increasing pressure due to the increasing political influence of Islamists. Hip-hop is especially popular in West Papua Province.

According to neovideogames, soccer is very popular in Indonesia. There is also currently a very active and extremely violent fan scene of supporters of local clubs.

A decisive difference to western states, such as the Federal Republic of Germany, lies in the discrepancy between urban and rural regions. While Jakarta has become a global center, the old has still retained its validity, especially in more remote areas of the vast country. And: the rapid change in society means that small groups represent old values more orthodox than they were previously practiced (cf. orthodox Islam in Indonesia).

The best way to get to know Indonesia and its people is when you are willing to consciously open up. Learn Indonesian and make contact with Indonesians. As in any other country, you will find advantages and disadvantages. You should enjoy the beautiful sides of Indonesia, but not hide the negative ones. And always remember the state motto ‘Bhinneka Tunggal Ika’ – unity in diversity.

Indonesia has many faces. Different ethnic groups, languages, religions, landscapes, climates and cultural monuments demonstrate the unique diversity, which can sometimes be found in a very small space.

Examples of this are the Buddhist (Borobodur) and Hindu (Prambanan) temple complexes near Yogyakarta (Central Java), which are only a few kilometers apart and were built almost at the same time.