The capital of Kyrgyzstan is Bishkek.

Kyrgyzstan became an independent state in 1991, following the dissolution of the Soviet Union. In modern times, the country has been characterized by financial difficulties, political turmoil and violent clashes between ethnic groups. Kyrgyzstan has undergone two revolutions since independence, where the incumbent president has been forced to flee the country; for the first time in 2005 and the second time in 2010. However, today the country is considered to have come the longest in terms of democratic development in Central Asia.

Over three quarters of the country’s territory consists of mountains. Lake Issyk-Kul (Kyrgyz for “Hot Lake”) is a very popular destination for tourists in the summer months. Given the magnificent scenery of the country, tourism is an important focus area for Kyrgyzstan authorities. 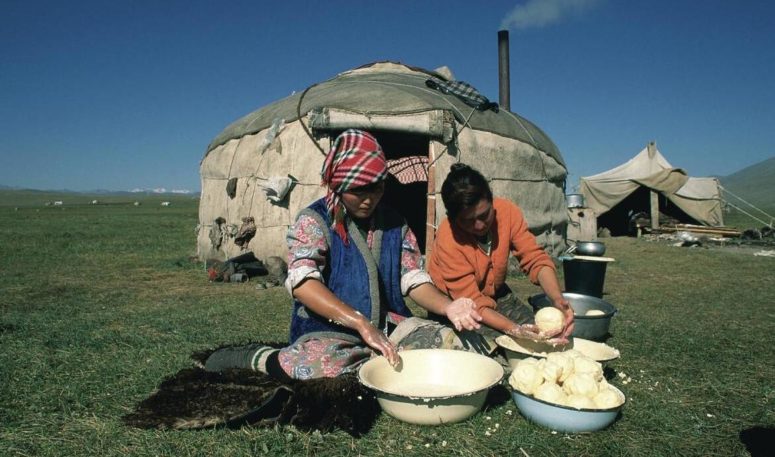 Kyrgyzstan takes its name from the people group Kyrgyzstan and the word “stan”, which means land. Like the other former Soviet states, the country’s name refers to the country’s largest ethnic group, which in the Soviet tradition is referred to as the “titular nation.”

Official languages ​​in the country are Kyrgyz and Russian. 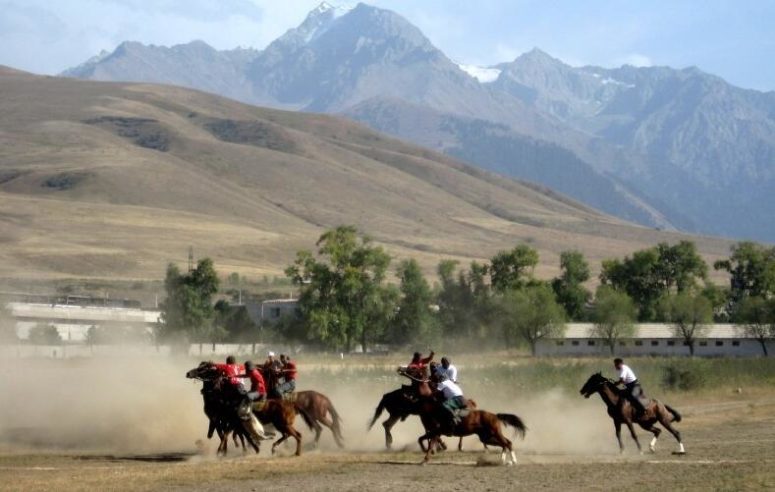 Buzkashi is a traditional sport among many Central Asian steppe people. The sport is practiced from the horseback, and is roughly about getting a headless animal carcass (calf, goat or sheep) into a marked circle on the track.

Two major mountain ranges run through the country, these being the Tian Shan and the Pamir Mountains. The mountains divide Kyrgyzstan in two, a northern and southern part. The dividing line is not only geographical, but also has cultural and political significance. To the north lies the capital of Bishkek, and the counties of Chuj, Talas, Naryn and Issyk-Kul. In the south lies the country’s second largest city Osj, and the three counties Osj, Jalalabad and Batken. Transport between the two regions takes place along the Bishkek-Osj main road, which at the highest point crosses the Too-Ashuu mountain pass at 3125 meters above sea level, and by daily flight connections.

One also finds plains in Chuj County, around the capital Bishkek. Parts of southern Kyrgyzstan lie in the fertile Ferghana Valley, where climate and soil make food production an important part of the economy. In the northeast lies Lake Issyk-Kul, the world’s tenth largest lake. It is also the world’s second largest mountain lake and the world’s second largest salt lake. Several other larger lakes are located in the northeastern part of the country, including Song-Kul and Chatyr-Kul. Fishing has traditionally been widespread at Issyk-Kul and in the Kyrgyzstan rivers, but today the stock suffers from overfishing. The largest rivers in Kyrgyzstan are Naryn (616 kilometers) which flows south into the Ferghana Valley and becomes part of Syr Darya, as well as Talas (294 kilometers), Chuj (221 kilometers), and a number of other smaller rivers.

There are border crossings for vehicles to Kazakhstan, Uzbekistan, Tajikistan and China. Border posts can sometimes be closed during periods of political turmoil or disagreement between countries. In the Ferghana Valley are several Tajikistan and Uzbekistan enclaves. 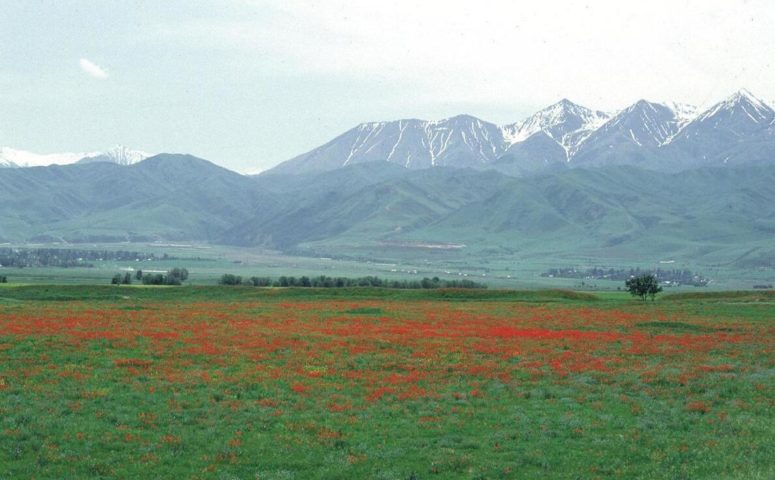 Kyrgyzstan mainly has a continental climate with cold winters and hot summers, but there are large temperature differences in the different regions. The southern part of the country can have summer temperatures up to 40 ° C, while the mountain areas can have temperatures below -30 °C in the winter months. 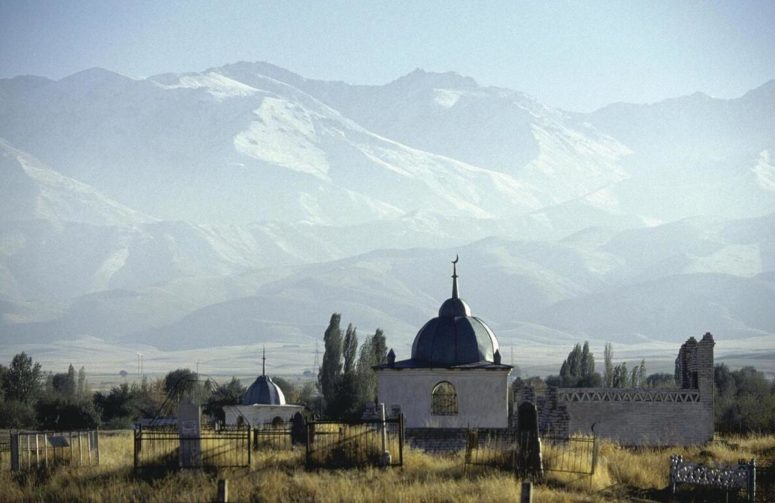 The active Islamic mission that has taken place in Kyrgyzstan in recent years has resulted in thousands of new mosques around the country.

Among the countries that were formerly part of the Soviet Union, Kyrgyzstan is among the poorest. Many have difficult living conditions, especially in rural areas and in the settlements around the capital. According to the 2013 census, Kyrgyzstan has 5,663,100 inhabitants. The exact figure is disputed, as many men do seasonal work abroad for long periods, especially in Russia and Kazakhstan.

Kyrgyzstan was traditionally a Seminadic group of people, who lived in animal husbandry and agriculture in close connection with the changing seasons. Many Kyrgyz people still live a semi-nomadic life, but an urban lifestyle is more common today, especially around the two largest cities, Bishkek in the north and Osh in the south.

Kyrgyzstan language is part of the Turkish language group. It is closely related to Kazakh, but also to the other Central Asian languages, including Uzbek, Uighur and Turkmen. 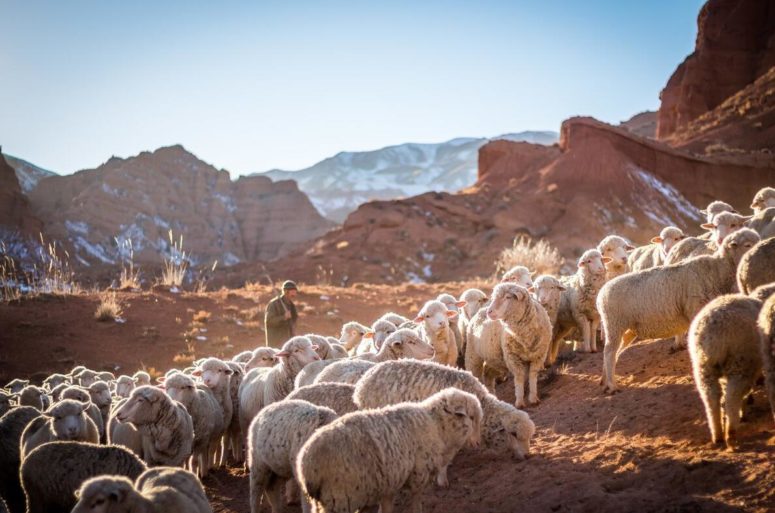 The average life expectancy for women is 75 years, men 67 years (2018). In official publicity, around 80 percent of the population is considered to be Muslims, mainly Sunni Muslims.

On June 27, 2010, a new constitution was passed by referendum. According to the country’s new constitution, Kyrgyzstan is a parliamentary republic, giving parliament and prime minister greater authority than the presidential office. This is unique in the Central Asian context, where the other republics are characterized by an extremely strong presidential power. Prime Minister is Mukhammedkalyj Abylgazijev, who took office on April 20, 2018.

The Kyrgyzstan Parliament is called Zhogorku Kenesh. There is a one-chamber parliament with 120 representatives elected by party lists for a term of five years.

After the second revolution in Kyrgyzstan on April 7, 2010, a number of new political parties were established in the country. Several of these were characterized by being formed around individuals with support in their geographical home areas rather than around a clear political program. 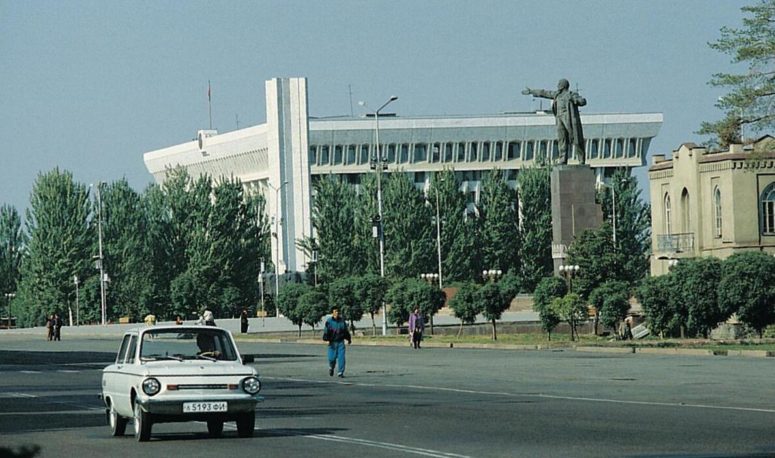 Kyrgyzstan’s Parliament and Presidential Palace are located at Ala-Too Square, formerly Lenin Square, in Bishkek. The Lenin statue still stands there, although the place changed its name in 1991.

Important political issues in Kyrgyzstan include the country’s relationship with the major powers Russia, China and the US / West, including the issue of membership of the Eurasian Economic Union, with Russia, Belarus and Kazakhstan being the first three members. Kyrgyzstan signed the agreement in May 2015, and formally joined the Union on August 12, 2015. Among important regional organizations Kyrgyzstan is already a member of the Commonwealth of Independent States (SUS), the Shanghai Group and the Collective Security Treaty Organization (or CSTO abbreviated on ABBREVIATIONFINDER.ORG).

Internally, controversial issues in the country have been the US military base Manas at Bishkek main airport and national revenues from the Canadian-run gold mine Kumtor in Issyk-Kul county. The US base was closed in June 2014.

In July 2015, Kyrgyzstan terminated an important bilateral 1993 cooperation agreement with the United States. The public reason was stated to be that the US State Department awarded a prize to imprisoned human rights defender Azimzjan Askarov, but many saw the decision in connection with Kyrgyzstan’s imminent accession to the Russian-led Eurasian Economic Union.

Kyrgyzstan is a member of the UN and most of the UN’s special organizations, including the World Bank. They are also members of the Organization for Security and Cooperation in Europe and ECO (the economic cooperation organization for Muslim countries in the area). The country entered into a 1994 Partnership for Peace Agreement with NATO.

Kyrgyzstan’s economy is based on agriculture, mining, trade and to some extent on tourism. Kyrgyzstan produces fruits, vegetables and dairy products for export. At times, the production of trade blockades from surrounding countries is affected. 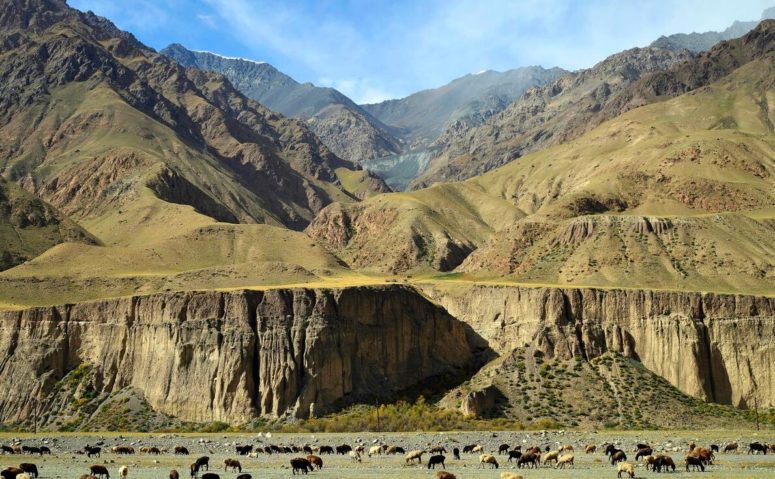 Kyrgyzstan is a distinct mountain country, where three quarters of the territory consists of mountains.

An important government revenue source is the Kumtor gold mine in Issyk-Kul county, which is run by a Canadian company. The issue of nationalization of Kumtor has been a source of considerable controversy. Previously, the US military base at Manas Airport has also been an important source of government revenue, before it closed in 2014.

Many Kyrgyzstan people work in large markets where they resell goods such as clothing and electronics imported from China, especially to customers from Kazakhstan and Russia. The Dordoy bazaar outside Bishkek is one of the largest markets in Central Asia.

In 2017, Kyrgyzstan’s gross domestic product (GDP) was estimated at $ 23.15 billion, while GDP per capita was $ 3700, which places the country roughly the same as Moldova and Malawi. However, this calculation does not take into account migrant transmissions, which is high for Kyrgyzstan. It is also believed that Kyrgyzstan has a significant black economy which is not included in the official figures.