In China, the craft has had the same status as visual arts and architecture. In particular, it has been within some material groups that Chinese crafts have played an important role: ceramics, metal, jade, carving, silk weaving and lacquer works.

In the Chinese handicraft, ceramic production is best known. It has played an important role in ceramic development in Japan, Korea, the Middle East and Europe for many periods. Up to approx. 1200 BCE work was done on clay goods, both in objects of use and in ritual sculptures. 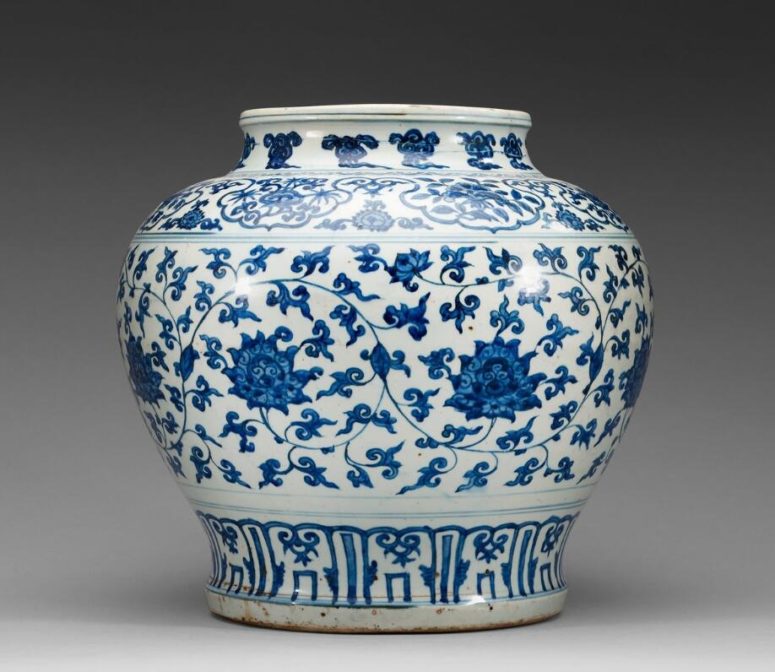 Urn. Porcelain with blue painted decoration. Made in the 16th century during the Ming Dynasty.

Around 1200 BCE managed to burn high-burned stoneware (about 1200 degrees) for the first time in the world. This stoneware was green glazed and became especially popular as an export item, among other things to the Middle East in the 700s. In the 300s BCE. China began with lead glazes with shades of brown and green. During the Tang Dynasty (618–907) the glazes were further developed. And in the 600s, they managed to make the first porcelain in China.

During the Song, Yuan and early Ming Dynasties (1100s-1400s), the production of stonework reached an artistic peak with the celadon glaze. The blue cobalt color was used for decor on the export porcelain to the Islamic world from the beginning of the 1300s. In the 15th century, the Chinese also became interested in the blue painting and developed it in a more Chinese spirit, and in the late 1500s exports to Europe began. This blue-and-white ceramics formed the basis for much of European ceramic production, including in Delft.

In the 1400s, overglaze colors (enamel colors) came into use in China. Glazed porcelain decorated porcelain was exported in large quantities to Europe from the 17th century and well into the 19th century. See famille rose and famille verte. 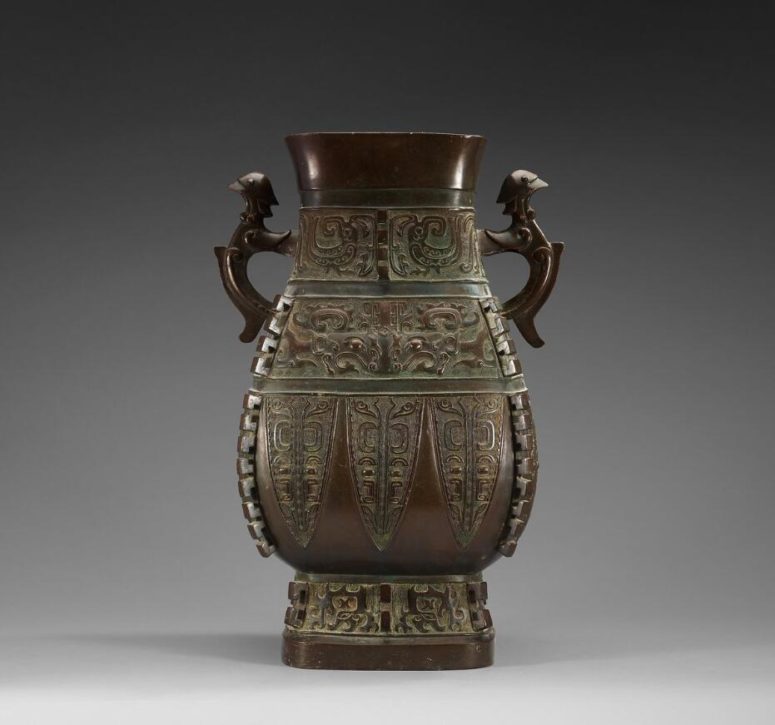 Bronze casting has been one of the most famous arts in China. The technique was developed in the second millennium BCE. and already reached a high technical and artistic level.

The bronze vessels were developed with ceramic forms as role models, and were used as sacrificial vessels for the ancestral spirits in the period ca. 1500–221 BCE The decor was dominated by more or less stylized animal motifs. Bronze objects from this time have been a source of inspiration for later production. The bronzes (sacrificial vessels and weapons) were reserved for the upper class. The precious metals never received the same status in China. Precious metals were primarily used for jewelery production. 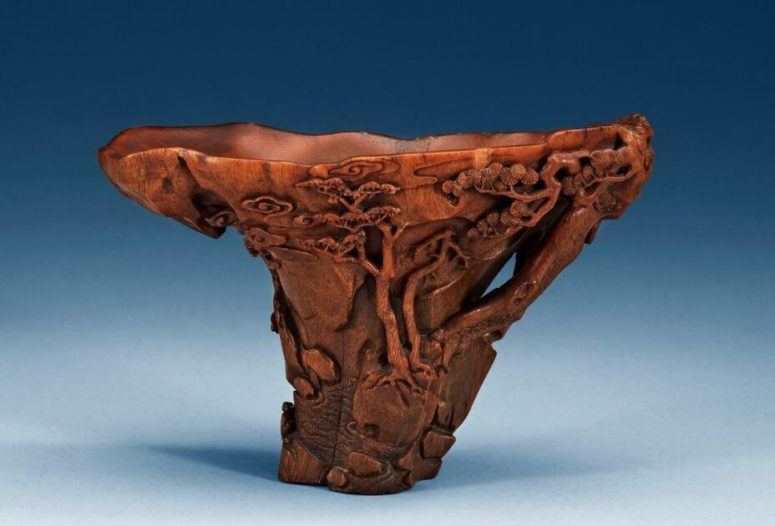 Machining of jade by grinding began in China as early as the Late Stone Age. Jaden was considered to have magical power. Therefore, jade has primarily been used to produce cult objects, amulets and jewelery. It is a very large jade production in China, primarily intended for tourists and exports.

Bamboo has always played an important role in Chinese crafts. It has been used in architecture, in furniture and for utility and decorative objects. It is thought that bamboo has been used since the Stone Age, but the oldest preserved works are from the Tang period. We also find carvings in camphor, ivory, rhino and buffalo horn.

The Chinese were the first to exploit the thin, strong thread from silkworm cocoons to textile manufacture. As early as the Bronze Age, patterned silk fabrics were made. The weaving technology was developed rapidly and soon Chinese silk fabrics became a sought after export item. Already during the Han period, an intricate damask weaving was established and tapestry technique was fully developed under Song. 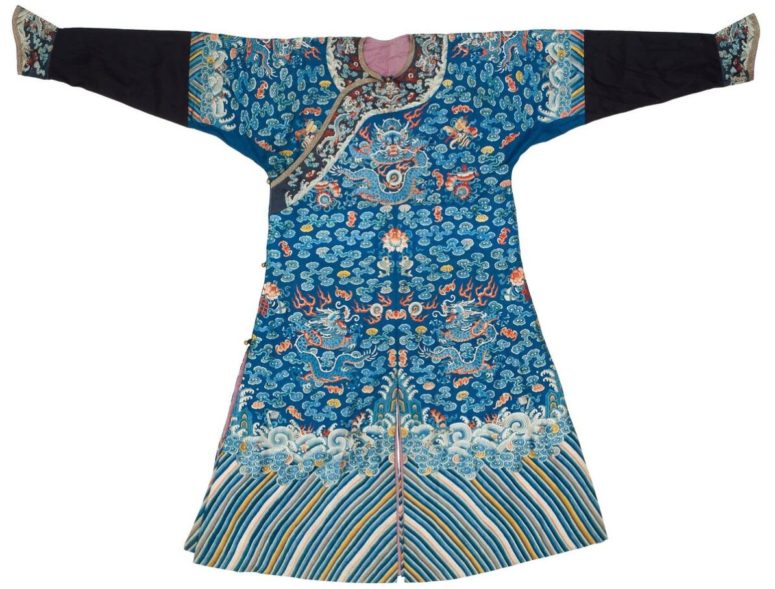 Varnish was used in connection with the architecture as protection against rot already during the second millennium before our time. It was decorated in accordance with the prevailing fashion directions. During the Han Dynasty (202 BCE – 220 AD), the lacquer works had their first flowering period. The work could have painted or carved decor. During the Tang Dynasty (618–907) the technique was further developed. Precious metals and mother of pearl were added to the varnish as decorative elements. However, it was only during the Yuan dynasty (1280–1368) that the lacquer work underwent a strong development both technically and artistically. Large casks, bowls, boxes and furniture were made with carved relief decorations in red, black and gold.

Since then, lacquer work has been carried out on a large scale in China. Around 1700 there was a period of greatness, when many works were exported to Europe.