Shanghai is China’s largest city and is an independent city-level municipality at the provincial level. The city is located on the east coast adjacent to the Chang Jiang (Changelvens) outlet in the East China Sea. The metropolitan area comprises 6340 square kilometers with 23,741,000 inhabitants (estimate for 2015, UN Population Division).

Shanghai is bounded by the Changelva River in the north and Hangzhou Bay in the south, adjacent to Jiangsu in the northwest and Zhejiang in the southwest. The delta plain has a height of 3-4 meters above sea level and includes a network of canals and river beds that connect the city to Lake Tai (Tai Hu) in the west. Shanghai is China’s second largest island, Chongming (1041 square kilometers), in the mouth of Changelva.

The central urban area (Puxi) is located on the west side of the ice-free Huangpuelva, about 20 kilometers from its mouth in Changelva, and is among the world’s most densely populated areas with up to 62,000 people per square kilometer. Many buildings are characterized by English and French architecture, and especially known is The Bund at Huangpubredden. Shanghai has many modern skyscrapers, including the 1998 Jin Mao Tower (420 meters high). Shanghai World Financial Center was scheduled to become the world’s tallest building at completion (2008 at 492 meters), but it was bypassed by Taipei 101 in 2004.

On the eastern side of the Huangpuel River, Pudong New Area (523 square kilometers) was established in 1990 as a new urban development area. Shanghai has many universities (the oldest founded in 1896) and other colleges. The city has the Norwegian Consulate General.

Shanghai’s importance as a commercial and industrial city dates back to 1842, when it was opened for foreign trade by the Nanking Treaty, and certain districts subject to extraterritorial rights. Previously, there was a Chinese trading town here with about 300,000 inhabitants. The privileges prevailing in the international district and the French concession allowed foreigners as well as Chinese to take advantage of Shanghai’s favorable location and large labor supply. The inlet was dredged, a modern port developed, and industry based on imported raw materials and cheap labor. 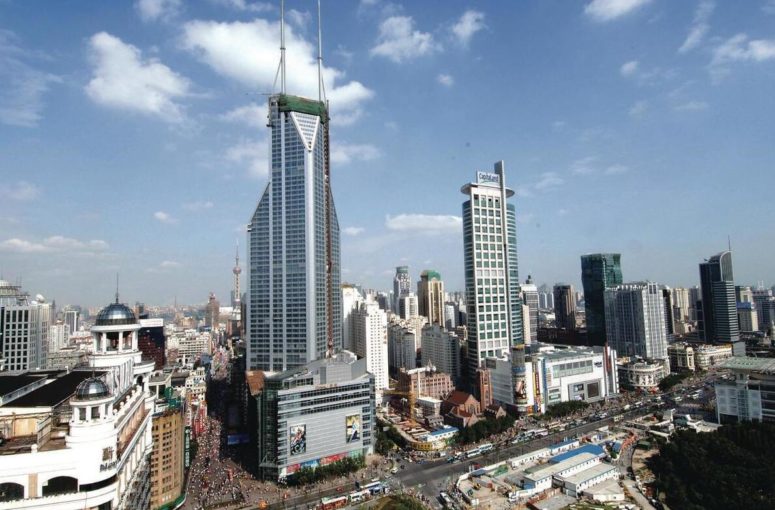 Before 1949, when the Socialist People’s Republic was established, Shanghai had about a third of China’s industry. Almost half of the country’s imports and exports went to Shanghai, which was also one of the world’s leading financial cities. Shanghai’s banks financed China’s government and controlled an estimated 90 percent of the country’s foreign trade. This is where China’s industrialization began, and here the Communist Party was founded. After 1949, the state took over the international district and the French concession and nationalized all major corporations. Some of the population was moved to inner provinces, but Shanghai still managed to claim itself as a first-class industrial center. Shanghai has China’s largest steel plant, Baoshan, and claims strongly in most industries.

After a period of lower growth, a new growth period began in 1990. With the establishment of free trade, export and high technology zones, Shanghai underwent rapid economic development with more than 13 percent growth in gross domestic product (GDP) every year between 1992 and 1996. Priority has been given to the development of trading and financial institutions and to the restructuring of the industry.

The economic development has been followed by a violent construction activity, especially in Pudong, but also in the Puxi area, which is changing the character of the city. At the same time, a number of new highways, bridges and ring roads have been built. Shanghai port has been developed to become China’s largest, and includes one of the world’s largest container ports.

Hongqiao Airport has been replaced by the new Pudong International Airport, opened in 1999, now the main airport of Shanghai with about 44.9 million passengers per year (2012). Pudong is also the world’s third largest airport for goods, only passed by Hong Kong and Memphis, USA. 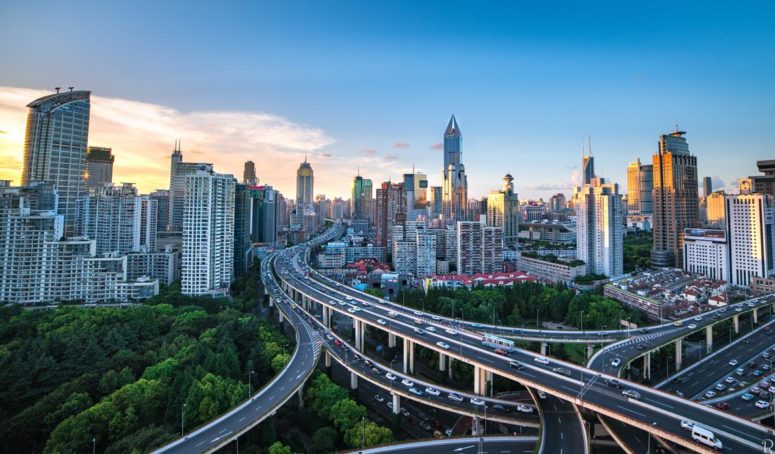