Garden art has held an important place in China’s cultural heritage from ancient times. There is a close relationship with traditional painting, and many of the most significant gardens have been created by great painters. Just as in the art of painting, water, rocks and trees are the primary means. 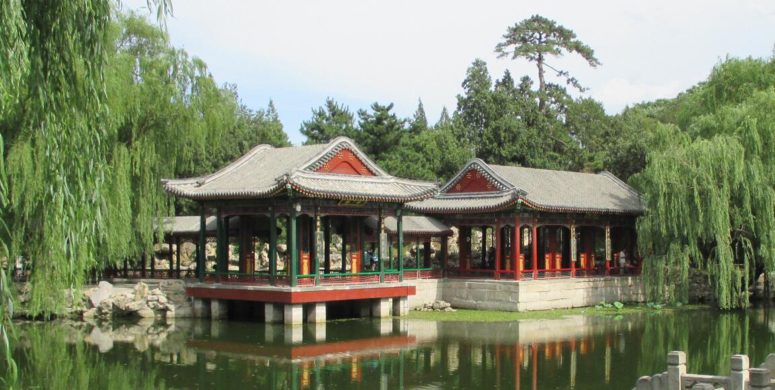 The modeling of the terrain is essential. Artificial ponds and canals, erected heights, narrow gorges and caves were supposed to “prompt the minds of the mountains and forests,” it was called. The water is the very resonant bottom of the changeable, lyrical moods one sought to achieve. Both in symbolic and real sense, water stands as the life-giving source. The winding form of the artificial lakes with deeply carved inlets, small islands and narrow canals builds up a varied and ever-changing spatial impression. The Beijing Sea Palace is known as a characteristic example of the Chinese Water Garden.

Artificially constructed rock formations with caves and ledges shaped with eroded and furrowed boulders are among the most original and specifically Chinese of the elements that characterize Chinese garden art. They symbolize the wild and imaginative nature. Often, free-standing boulders of bizarre shapes are set up as sculptures. Gnarled old pine trees are sought after trees, in combination with bamboo , which symbolize softness and firmness at the same time. The plum tree with its white spring blossoms has an important place. Characteristic flowers are chrysanthemums and peonies and not to forget the lotus flower on the water surfaces of lakes and ponds.
In recent years, landscape architecture has been established as a discipline at several Chinese universities, and it is clear that traditions of ancient gardening are in the process of adapting to the current tasks. 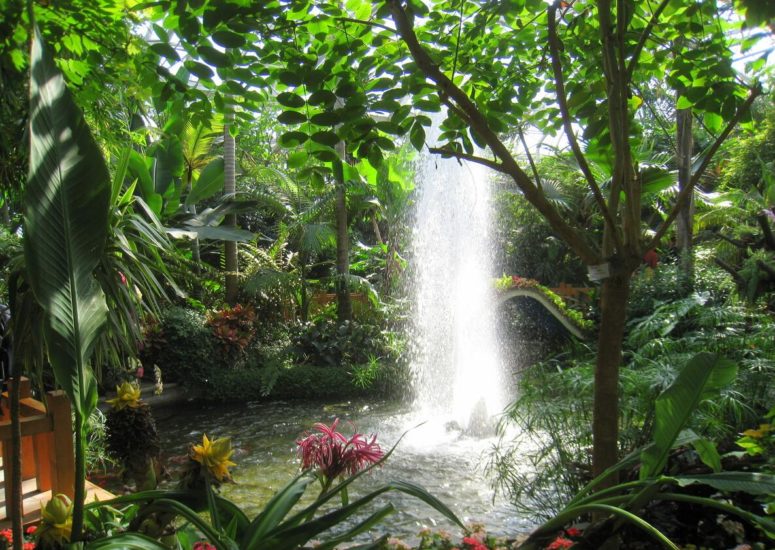