Istanbul is the ideal destination for those who love history, architecture, cuisine and shopping. The capital of Turkey is dated from the year 667 BC. It is marked by the influence of various cultures, and not least. Its territory was once dominated by the Greeks, Romans and Ottomans. You can find cheap flights to Istanbul and get to know the attractions of this city. 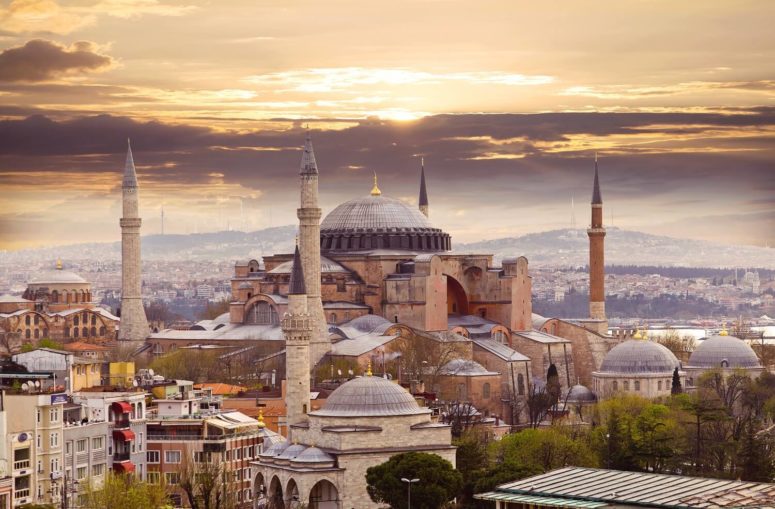 It is a large open-air museum that functioned as a cultural center and host of events in Roman times. It currently houses monuments such as the Egyptian Obelisk and the Serpent Column.

It is a large mosque considered to be the most important Muslim religious center in the entire city. From its towers, it is possible to hear excerpts from the Quran recited in speaker.

The park opened to the public in 1912 and is the oldest in the city. It is an ideal place to relax, as well as the entrance to Topkapi Palace and home to the Istanbul Museum.

The attraction is divided into three parts: Archaeological Pavilion (featuring large collection of objects belonging to the Egyptians, Greeks, Romans and Phoenicians), the Museum of Oriental Antiquities and the Enamelled Kiosk Museum (ancient collection of ceramics and porcelain).

The bridge is 1,560 meters long and 39 meters wide. It is located in the Bosphorus strait, connecting the European and Asian sides. The majestic building forms a beautiful landscape.