Japan is one of the most developed and richest nations in the world. The country combines all that is most modern and technological with the cult of history, customs and traditional religion. It is common to find ancient temples in the midst of large cities. Tokyo is a great example in this regard – its metropolitan region is home to over 38 million people, according to 2016 data. 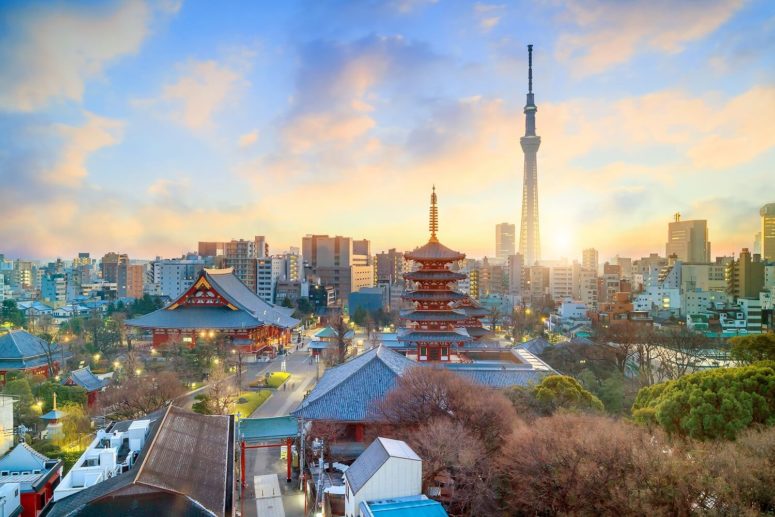 The land of the rising sun is synonymous with intensity, and its capital is a vibrant city of many cultural contrasts, with a pulsating urban life, a well-developed transportation network and huge skyscrapers.

See what’s most interesting there.

It is a large market where you can find a huge variety of foods, delicacies and marine animals. It is simply the largest fish market in the world!

This mountain range is located on Honshu Island, west of Tokyo, and has an altitude of 3,776 meters. It is the highest mountain in the country and an active volcano – however, with a very small eruption risk.

The neighborhood is a must for anyone who is a fan of pop and kawaii culture, one of Japan’s trademarks. Takeshita Dori Street is a reference in this field and features shops that are unique to this style.

The Meiji Shrine consists of a Shinto temple that was built in honor of Emperor Meiji, one of the figures responsible for the modernization and development of Japan and for opening the country to the world. It was bombed during World War II, but it was rebuilt and today is a reference in architecture and modern aesthetics.

The broadcasting tower is known as the largest building in the country (and the second largest in the world, second to Burj Khalifa in the United Arab Emirates). About 634 meters high, it was designed and built with advanced features to withstand earthquakes, common in the country.

It is a large public park, with zoos and various temples and museums inside (Tokyo National Museum, National Science Museum and Tokyo Metropolitan Art Museum).

The Senso-ji Buddhist temple in Asakusa was built in honor of the merciful goddess Kannon and opened in the year 645. It is the oldest temple in the city and a haven for those seeking peace in the bustling Japanese capital. In addition to this building, there is a complex of smaller temples with lakes and gardens.

It is the oldest national art museum in Japan, with a collection of approximately 110,000 objects. The attraction features a complete and unique experience of Japanese and Asian culture and art.

The Imperial Palace has been the official residence of Japan’s imperial family since 1888. The building represents the rich and typical Japanese architecture, with red roofs, extensive gardens, lakes and ramparts. It is possible to make the guided tour in some rooms.

It is a busy neighborhood and famous for housing the largest intersection in the world, the Shibuya Crossing.