The basic supply of the population is mostly taken over by (Puskesmas).

According to a social insurance law passed in 2004 that came into force in January 2014, all Indonesians have been compulsorily insured as members of the state health insurance scheme since 2019. A few months before implementation, many legal framework conditions were still unclear. Foreigners who stay in Indonesia for more than 6 months are also insured in the program. The first phase only included health insurance. In the meantime, accident insurance and basic old-age provision have also been added.

Integrating members of the informal sector into the new health insurance system is particularly difficult. Here you have the option of choosing the amount of the contributions and the associated scope of services yourself. By the end of 2013, the proportion of those with statutory and private insurance was only 51% of the Indonesians able to work, which is also due to the high proportion of employees in the informal sector.

A weak point of the state health system at that time was the often excessive co-payments.

The challenges for the state health system and health policy lie, among other things, in the security of supply in all areas of the country and the still high child and maternal mortality rates, particularly in the poorer eastern provinces.

Dengue fever and malaria are widespread in many parts of the country.

Independent of the state health program, some districts and provinces have set up their own health programs, some of which allow free (basic) health care.

Health policy is one of the priorities of incumbent President Joko Widodo’s political program.

Human rights organizations have repeatedly criticized the way people deal with mentally ill people. On average, there is only one psychiatrist available for more than 30,000 people in the mental health field. This is why many therapies are carried out here with the help of traditional healers, especially in rural areas.

Time and again, hunger crises and epidemics break out, especially in poorer and underserved regions. Leprosy is still widespread in some of these areas.

Lung diseases are very common because nowhere in the world do more men smoke. Among them are an increasing number of young people. Protection against non-smokers is virtually unknown. The Ministry of Health puts the number of smoking-related deaths at around 600 daily. Still, it is difficult for the ministry to assert itself against the tobacco lobby.

In addition, tens of thousands of Indonesians probably died in 2015 from the health consequences of the smog caused by forest fires.

According to homosociety, the infection rate with HIV / AIDS is currently still relatively low, with the exception of large cities and West Papua. However, it is feared that the infection rate will increase significantly in the next few years. The increasing discrimination against sexual minorities could contribute to this. HIV-infected people are discriminated against to a great extent.

Abortions can not be legally performed in Indonesia.

From the point of view of the World Bank, the Indonesian government continues to spend too little money on financing the health system.

Currently (as of May 5, 2020) it seems that the number of Covid-19 cases will rise rapidly in the next few weeks. This is due, on the one hand, to the extremely low test density, the low capacities of the health system, but also to the great mobility in Ramadan. Almost all Indonesians who moved to the cities then try to drive to their home villages – often close together in overcrowded buses. President Joko Widodo originally did not issue travel restrictions against the advice of epidemiologists, but then had them introduced.

Poverty also has a direct impact on health. In 2018, 20.2% of the Indonesian population was considered malnourished, including 8.4 million children. 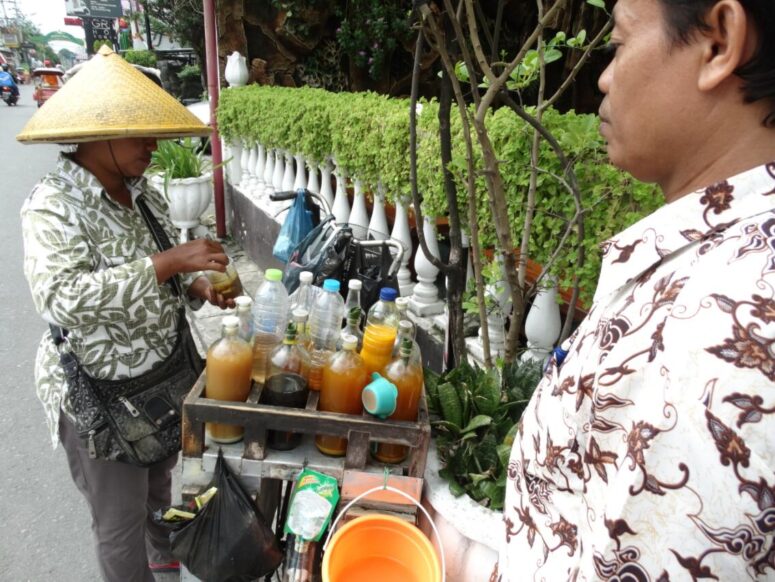