The Indian Constitution states that no religion should be favored by the state. The two dominant religions in the country are Hinduism and Islam. Both include a myriad of different directions. 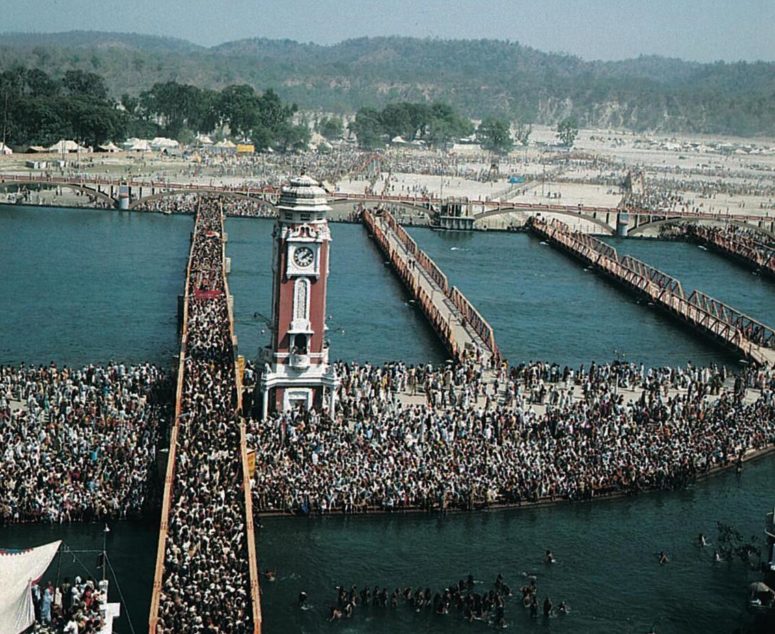 The great Hindu party, Kumbh-mela, is celebrated every three years alternately in Allahabad, Nasik, Ujjain and Hardwar at Ganges, Uttarakhand, where this picture is taken. The bathroom in Ganges is the highlight of the party.

According to the 2011 Indian Census, the different religions are distributed as follows among the population:

There are also Parsis and other religions. 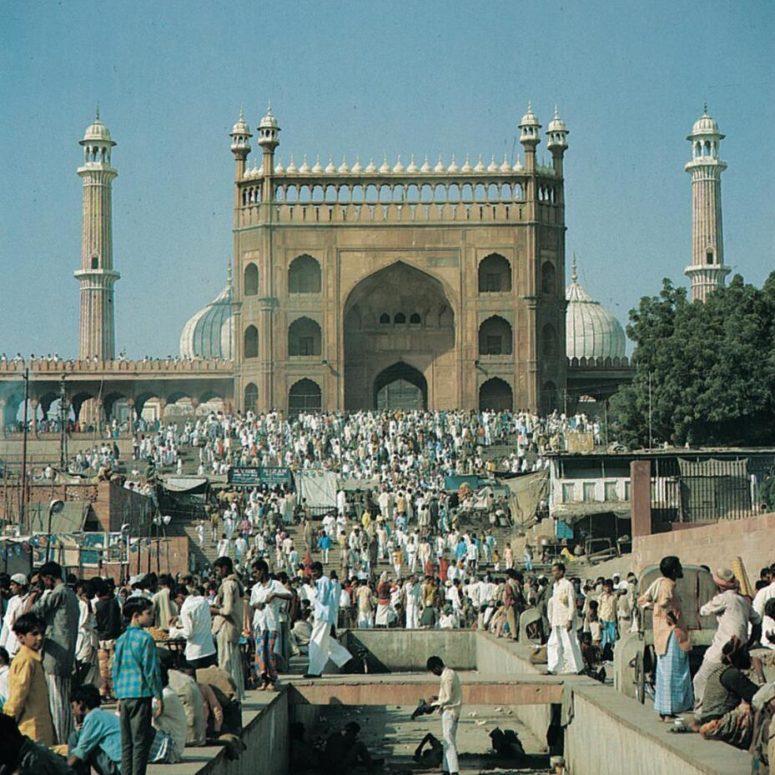 Hinduism is inextricably linked to Indian culture and society as it has evolved over thousands of years. Hinduism consists of a myriad of different directions, and it has no connecting features such as a historical founder, creed or a hierarchy of leaders. Hindu nationalists are eager for India to be guided to a greater extent on the values ​​of Hinduism, see fundamentalism – in Hinduism.

Islam came to India in the 7th century with Arab traders, and from the 10th century was gradually propagated by Turkish conquerors in northern and central India. Especially through the activities of the Sufi order, Islam gained a firm foothold in the Indian population. Periods of oppression of Hindus alternated with periods when there was religious peace. However, the contradictions between Hindus and Muslims persisted and in 1947 led to the establishment of the state of Pakistan. Even later in India, there have been occasional violent clashes between the two religious groups. Muslims (both Sunni and Shia Muslims) exist throughout India, but only in Kashmir are they in the majority.

Christians constitute a small part of the population, but play an important role in schooling and social work. They belong to both eastern churches ( Monophysites and Nestorians), which has existed in South India ( Kerala ) since the first centuries CE., And churches that were established in India by the colonial powers: Catholics from the 1500s, Protestants from the 1700s. Christians are especially concentrated in Kerala, Goa and parts of Northeast India. The majority of Christians in India are now Protestants and Dalits. 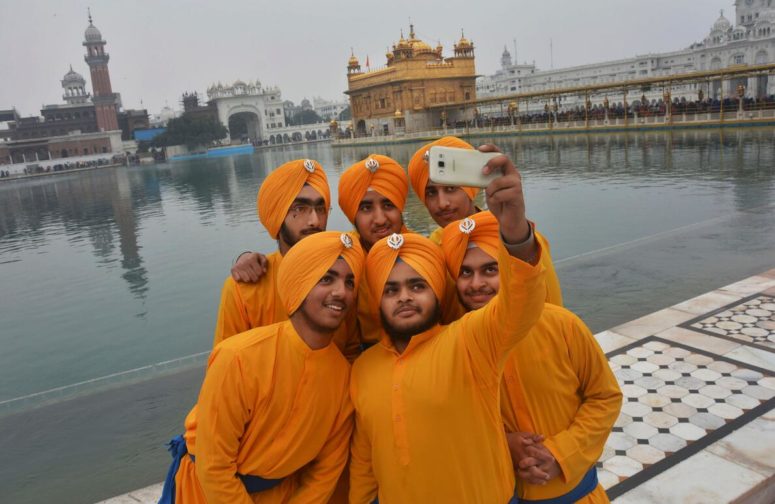 Around 1.7 percent of India’s population is Sikhs. Here are some young Sikhs taking a selfie in front of the holy golden temple in Amritsar, celebrating the tenth and final Sikh guru Gobind Singh.

Jainas and Buddhists are also small groups, but unlike Islam and Christianity, they originated in India, both in the 400s BCE. ( Jainism possibly earlier). The Jainas are concentrated in the states of Rajasthan, Gujarat and Karnataka, and are often prosperous business people.

Buddhism was practically eradicated in the 13th century as a result of the Muslim invasions, but in connection with Buddhism’s 2500th anniversary in 1956, hundreds of thousands of people from ex-untouchable castes converted to Buddhism, led by Bhimrao Ramji Ambedkar. This movement is most widespread in the state of Maharashtra. In the Himalayas, including Ladakh, the population is largely Buddhist to the extent that they have Tibetan language and culture. 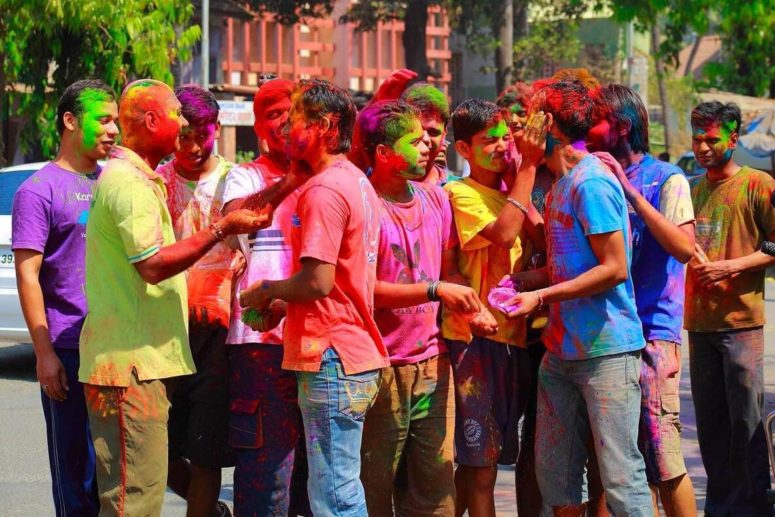 A fourth religion that has emerged in India is Sikhism. The Sikh religion emerged in the 16th century as a reform movement within Hinduism, but also has features of Islam. Sikhs are found all over India, but above all in the Indian state of Punjab, where they constitute a scarce majority.

The Parsians live mainly in Mumbai. They have immigrated from Iran and are supporters of Zoroastrianism. From the 19th century, they have played a key role in several areas of Indian social life, including as industry leaders.

There is still a small Jewish congregation in Cochin, Kerala.

A number of ethnic groups in India have preserved their traditional, non-scriptural religions. Often these represent a slippery transition to popular Hinduism. Such groups of people are found in Central India (for example the salsa) and especially in the northeast (naga, perch, dafla and more). Officially, they are classified as “animists”.